Lando Norris will use a special Formula 1 helmet design created by a six-year-old girl for this weekend's British Grand Prix following a competition.

Norris held a special competition in the build-up to his home grand prix at Silverstone, inviting his fans to design his helmet for the weekend.

The winning entry came courtesy of six-year-old Eva Muttram, whose father submitted a hand-coloured design on her behalf that was picked by Norris for Silverstone.

"It reminds me a lot of when I was younger, designing helmets, drawing away, just when I was like five, six, seven years old, printing off hundreds of helmet designs, colouring them in and doing whatever," Norris explained on a Twitch stream revealing the helmet.

"This is the winner. It's very different to what I'm used to. All this glitz and glamour and sparkly bits and swooshes and cool stuff, I just went with something that reminded me of me when I was young."

The design features a number of Norris' personal logos in the McLaren team colours of orange and blue, and two red love hearts.

Norris' name is written in full on the side of the helmet - with the final letter in his surname dropping onto a third line.

The helmet also has a hand-drawn orange and blue McLaren on the rear of the car, which Norris joked "is what our car looks like this weekend with the new upgrade".

"I love it. It's a lot of white, but at the same time, I just think it's really cute," Norris said.

"I like the colours, and it's very original. Thank you very much Eva." 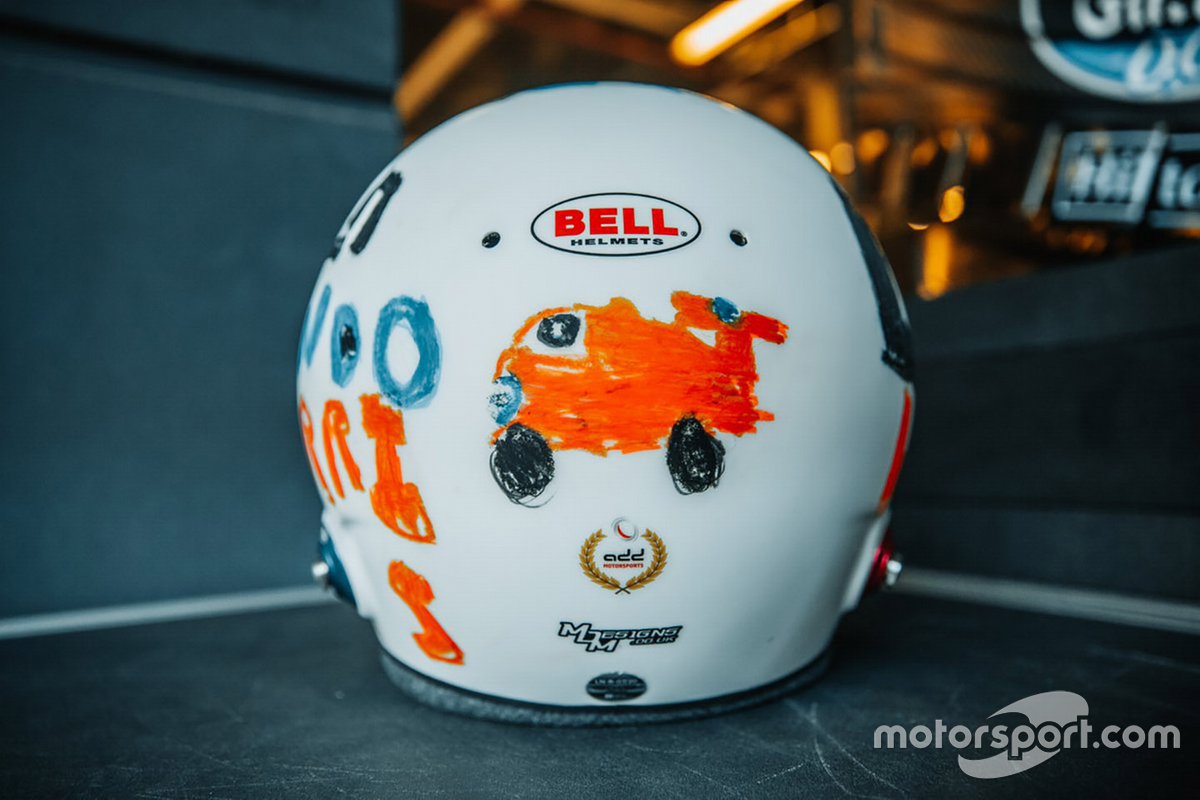 The new helmet design sees Norris take advantage of the revised rule for the 2020 F1 season that allows drivers to make more sizeable changes across the course of the season.

Drivers were previously prevented from making any more than two sizeable changes to their designs each season, but that rule was lifted for this year.

Norris said back in March that he was hoping to have a different helmet livery for every race, and confirmed on his Twitch stream he'd look to do run more fan-submitted designs through the rest of the season.

"Hopefully in some other races we can do more of this and run some more competitions and stuff," Norris said.

McLaren confident Norris will be fit for F1 Brazilian GP