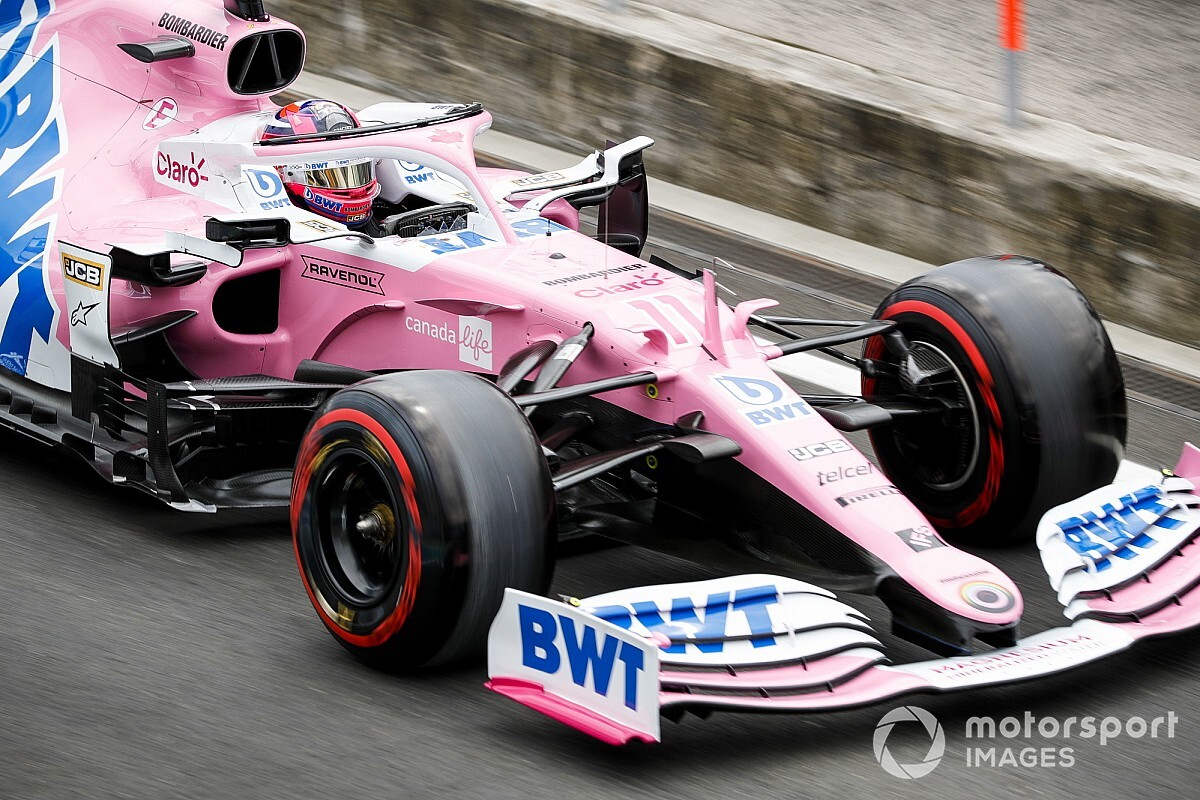 Sergio Perez says he was left struggling with some dizzy spells during qualifying for the Hungarian Grand Prix, as he helped lock out the second row of the grid for Racing Point.

He had his first Q3 time deleted for exceeding track limits at Turn 4, before managing to pull together a decent lap on his second effort.

But speaking straight after qualifying, the Mexican revealed he had started feeling unwell as the session went on.

"It was a good result for the team but from my side a lot of things happened," he said.

"During qualifying I wasn't feeling 100% physically. For some reason I started to feel dizzy during the session."

Asked what specifically his problems were, he said: "I don't know. I'm a bit sore on the neck from yesterday.

"It happened suddenly. My neck hurts a bit but I suddenly started to feel dizzy in some parts of the circuit. Even so, with all that, to be fourth is a good result for tomorrow."

Perez does not think his qualifying problems will affect him on Sunday, as he said he was looking forward to helping Racing Point grab a good points haul – especially starting on the medium tyre.

"I think it is a great result for the team," he said. "We looked good all the way through. Yes, I'm happy with the team results. And hopefully tomorrow we can put it together in the race and score a lot of points for the team.

"We have a good pace. We are starting with the medium compound so I think that can benefit us tomorrow. We believe that the softer tyre can struggle during the first stint."

Albon "made to look like an idiot" in Hungary, says Russell