Racing Point plans to bring a major upgrade to its car for the Singapore Grand Prix as the outfit sets its sights on ending the year as the fourth-fastest team in Formula 1.

The Silverstone-based outfit has undergone a revamp under new owner Lawrence Stroll since the end of last year, and the extra investment has allowed it to push forward with a strong development programme.

Amid its ambitions to finish the year strongly and emerge as the quickest team behind Mercedes, Ferrari and Red Bull, it plans to introduce a raft of new aero parts for the next F1 race in Singapore.

Asked by Motorsport.com to confirm this meant an upgrade, Szafnauer said: “Yes. It’s another new update. A big update.

“And then from there on out, we will just learn about the car, get the set-up right and we will be at the top of the midfield where we are used to being, and I would say we belong.”

Sergio Perez, who recently committed to a three-year contract, has hopes that Racing Point can push on and overhaul McLaren and Renault in pace terms before the end of the campaign.

“We have definitely made some progress, so I’m encouraged to get the targets done for the rest of the year,” said the Mexican. “I want to make sure we finish the season with the fourth-best car on the grid, regularly across different circuits. That would be a good finish.”

Asked if Perez’s ambitions were realistic, Szafnauer said: “Yes. I think that is realistic and that is what we are targeting.”

But Perez did admit that Racing Point would need to find around three-tenths of a second in the tight midfield battle to achieve its aim.

“I think a step of three tenths on top of what we have is what we need to be regularly the fourth-fastest team,” he explained. “We are close, but obviously three tenths [even] considering [if] no one is improving is quite a lot.” 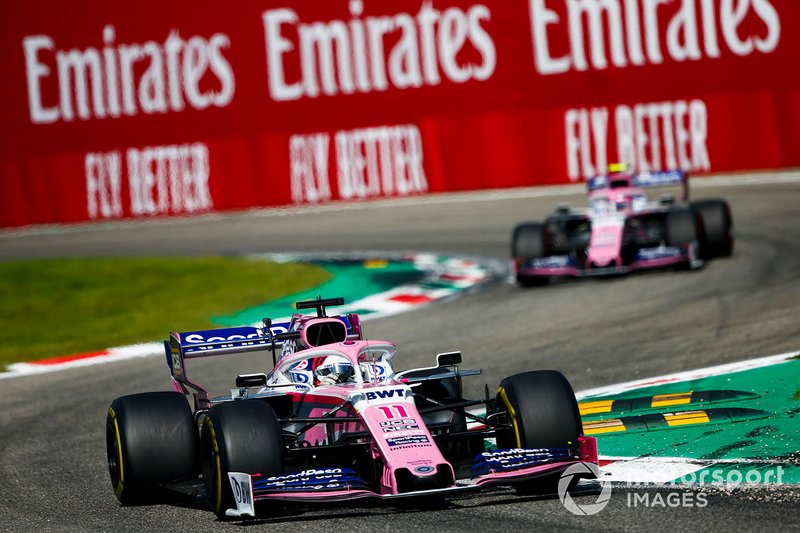