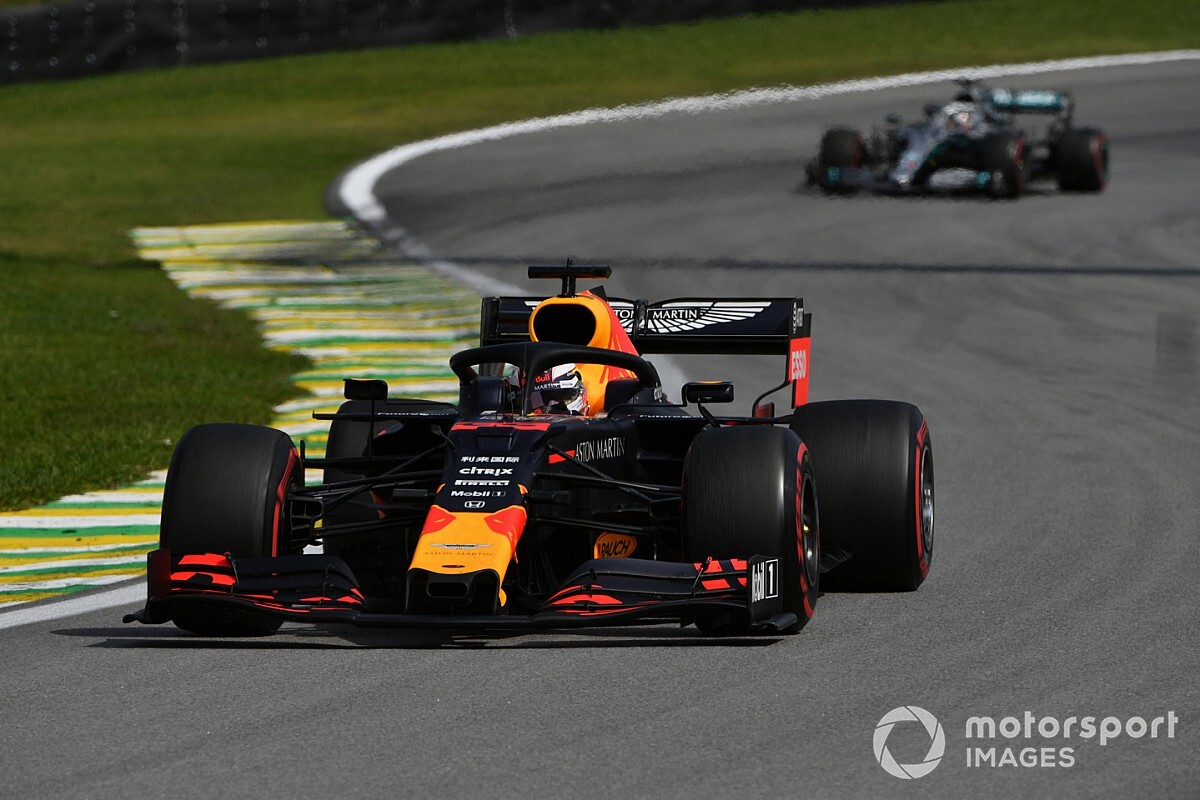 Red Bull boss Christian Horner says Formula 1 will never have a better opportunity to try a reverse-grid format than the double-header events this year, as he urged Mercedes to not block the plan.

F1 teams are in the final stages of planning for the season to finally get going in Austria on July 5, and talks have advanced with the sport's owners about what needs to be done for the challenges ahead.

During a teleconference call on Friday, one idea discussed was for a different format to be used at the second of the double-header events being planned for Austria, Britain and some venues later in the year.

The idea that gained most traction was for a reverse grid sprint race on the Saturday that would be used to decide the grid for the grand prix on the Sunday. The starting position for the reverse grid event would be based on reverse championship order.

But despite a majority of teams supporting the plan, Mercedes indicated that it was not in favour of the idea, with the Racing Point outfit also understood to have wanted more time to think about what it would prefer to do.

With the rule needing unanimous support to happen, if Mercedes does not change its mind then the idea will have to be dropped.

Horner thinks that not going ahead with the reverse-grid plan would be a huge lost opportunity for F1, amid concerns that the sport needs something to generate more interest at the second races of the double-headers.

"I think you're never going to get a better opportunity than the back-to-back races that we have at venues like Austria, Silverstone and potentially one later in the year," Horner told Motorsport.com.

"The problem is I think that if we just repeat the same format at the same venue, the result is likely to be very similar.

"I think we've got an ideal opportunity to try something different. And as long as it's clear going into the championship from the first race, and it's not something that changes during the season, then we certainly wouldn't have an issue with that.

"Unfortunately, there was one team that was against. So it will be a shame to lose that opportunity."

While Horner said he could understand why reigning champion Mercedes would be against a rule that potentially puts it at the back of the grid, he urged its team boss Toto Wolff to put his concerns aside.

"We've won the Austrian GP for the last two years so we have potentially as much to lose, particularly at that venue," added Horner.

"I think it will be an overall positive for F1. I think you're not going to get a better opportunity where we're at the same venue for two consecutive weekends to try something different.

"I don't see quite the appeal being as large to tune in to a rerun of effectively the same event one week later.

"If there's a different format that just makes it more appealing, more enticing and I hope that Mercedes will support this in the end. At the end of the day it is the same challenge for all drivers and all teams."

Horner said that there were very limited options of what F1 could do for the second race if the reverse grid format did not get the go ahead.

"If a facility has the ability to run a different layout you could look at that, but I don't think that exists in Austria," he said.

"Potentially Silverstone has different layouts, but it would be a shame if this opportunity [for reverse grid races] wasn't used to its maximum. This is a perfect opportunity to look at something different for the future as well."