Sainz: Too early to judge how strong Ferrari will be in 2021 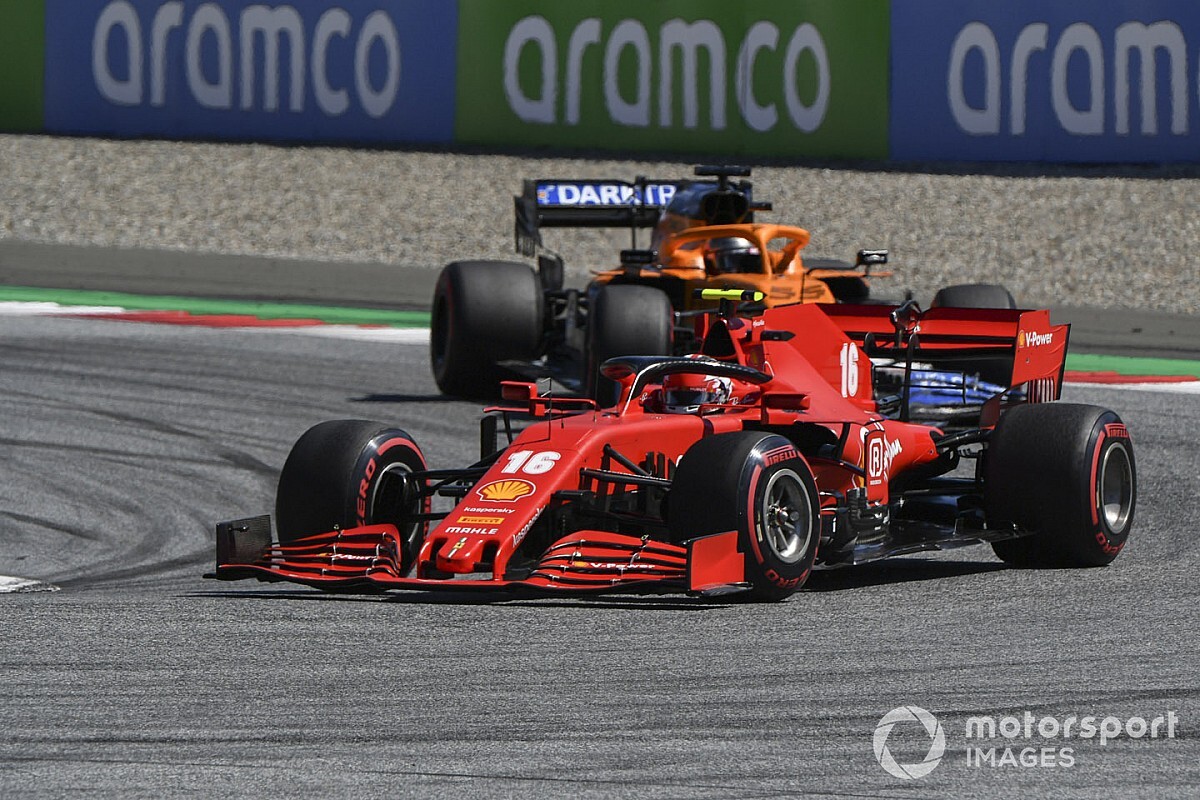 Carlos Sainz Jr. says it is “way too early” to judge how strong Ferrari will be once he joins in 2021 despite its poor start to the Formula 1 season.

Current McLaren driver Sainz agreed a deal back in May to join Ferrari for the 2021 season, replacing four-time world champion Sebastian Vettel.

The move looked like a step toward the front of the grid for Sainz, only for Ferrari to make a difficult start to the 2020 season.

Vettel and Sainz’s future teammate, Charles Leclerc, both failed to outqualify either McLaren last weekend in Austria, and have been losing around one second per lap to the front-running Mercedes cars.

The Ferrari SF1000 will be raced again next year as part of a cost-saving drive by F1, with only limited development allowed on the car and the engine.

Asked what he made of Ferrari’s poor start to the season, Sainz said he did not think it was the right time to dwell on its struggles or suggest any regret over his decision to join the team for 2021.

“Many people are asking me this question, like if I am extremely worried or regretting my decision or anything,” Sainz said.

“I feel like it is not a real question to be answered right now. I think it is way too early in the season.

“The good thing about Formula 1 is that this never stops, and that I'm not worried about it happening now because in a year, in 365 days, everything could change. That's why I'm focusing on the present on my time at McLaren.

"I said it 100 times in interviews that my main goal this year is to do as best as I can for McLaren and not focus on what is going on in Ferrari.

“Then as soon as this season is over, I will have time to go into Ferrari and focus on that and see how we can make next season better than this one.”

Sainz has spoken previously about the importance of stability in his future, having flourished with McLaren last year after signing his first multi-year agreement in F1.

Asked by Motorsport.com about the importance of certainty about his future given the ongoing driver market drama, Sainz said it allowed him to stay focussed on delivering in the present.

“I've been quite vocal in the past, when I said that my first two-year contract with McLaren gave me that extra confidence that I was lacking in previous teams and in previous situations,” Sainz said.

“[It’s] some certain margin of security that you're going to be in the team for another year. [It] always helps a driver to just stop focusing on different matters, and keeping your mind on the present.

“I'm happy with how my future is looking and where I'm going. I'm happy where I am right now, and it takes the mind out of other situations.”

Hungarian GP practice as it happened