© 2021 Motorsport Network. All rights reserved.
TV Buy tickets Store
Previous / Gasly: "Shock" Red Bull demotion not what I had been told Next / Why Mercedes chose Bottas over Ocon for 2020
Formula 1 / Breaking news

Formula 1 teams have agreed to a significant reduction in testing for 2020 as part of a trade-off for the addition of the 22nd race to the calendar. 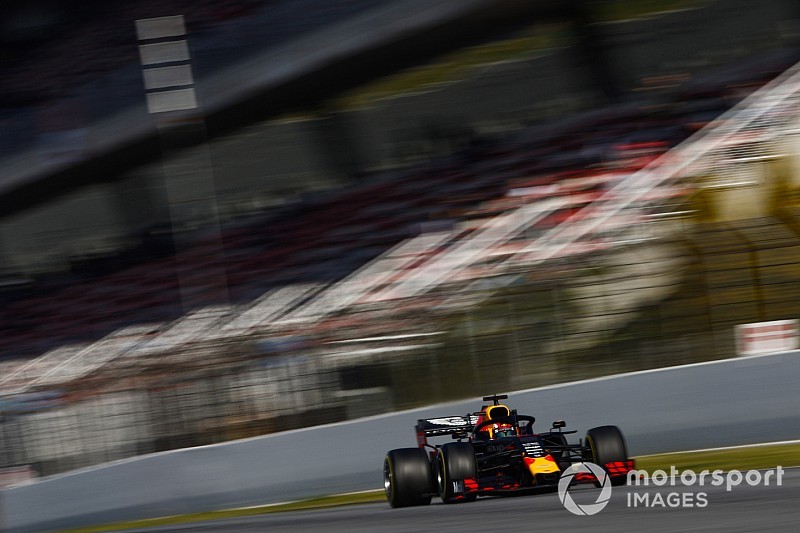 During the summer break, team bosses backed an email vote which confirmed both their acceptance of the extra event, and the cut in testing.

Various permutations for pre-season testing have been discussed in recent months, but the teams have now agreed on six rather than the current eight days, with two three-day sessions split by a four-day break.

The tests, which are planned as usual for Barcelona - although a deal with the Spanish track has yet to be formally signed - are scheduled for February 19-21 and 26-28.

In addition, the two two-day in-season tests, which this year took place in Bahrain and Barcelona, have been canned.

Instead, one day has been added to the post-season Abu Dhabi tyre tests with 2021 18-inch mule cars, making the session three days.

However, two of those days have been reserved for rookie drivers, as per the FIA F1 sporting regulations, which specify that there should be two days each season for youngsters.

"Less testing, we all agreed on it, we all think it's a good idea," said Haas team principal Gunther Steiner. "If you would have asked 10 years ago doing six days a year was workable, I would say it's impossible.

"Now it's possible. We've gone from eight days pre-season and four days in-season to six days and no days. We will survive."

"I don't think that's the right choice, it will again give the advantage to the bigger teams," he said. "In-season I can understand. Winter testing, eight days was already very little, and six days is even less, obviously."

Although the teams have agreed to the changes and everything has been signed off Pirelli has expressed a concern that the crucial Abu Dhabi mule car running is currently weighted towards rookies.

Pirelli has 25 in-season car days for 2021 18-inch mule car testing to be split between the teams. However Abu Dhabi is the crucial final validation test, and Pirelli would prefer that experienced drivers are more involved, and has suggested alternatives.

"Especially for the 2021 preparation it will be important to have a proper test on the 18 inch tyres," Pirelli F1 boss Mario Isola told Motorsport.com. "We are going to discuss it, but I don't have any information yet."

Gasly: "Shock" Red Bull demotion not what I had been told

Why Mercedes chose Bottas over Ocon for 2020