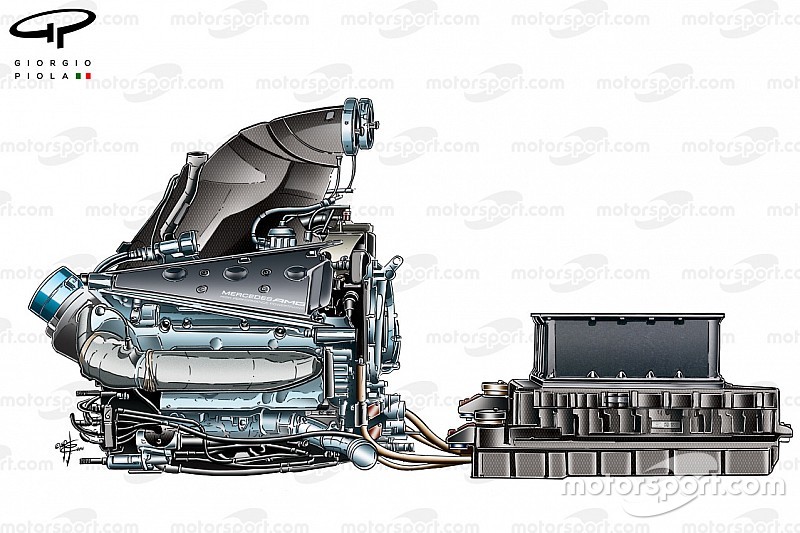 A new dawn beckons for Formula 1, and this time the engine manufacturers agree that road relevance need not be the primary driver behind what powers the sport into the future.

For many, the talks held last week between the FIA, FOM and engine manufacturers about the direction of the sport following new commercial deals in 2021 will be seen as a positive.

But is Formula 1 about to put one foot into the past, rather than one into the future?

The V6 hybrid power units are considered too complex, expensive and even mundane compared to what is possible if the regulations are framed differently.

The question now comes down to how the sport wants to appear in the eyes of the world, given the headline numbers that have been achieved since 2014: 30 percent less fuel used per race, thermal efficiency around 50 percent and near on 1000bhp.

Nice but not worth the hassle?

The ERS is a fascinating piece of technology and responsible for a significant portion of the hybrid power unit's efficiency and performance. However, the manufacturers have cited the MGU-H as problematic in terms of cost and development.

The issues are not entirely direct either, they're also due to the way in which the MGU-K is reliant on the MGU-H for a direct supply of energy - missing out the energy storage, making for a complex energy scheme that goes unnoticed by the viewer but needs constant management by the driver and team in order to maintain overall efficiency and performance.

Irrespective of the MGU-H's current role in increasing efficiency, it seems the manufacturers are therefore happy to see the back of the motor generator, as these early talks suggest they'll scrap it as part of the 2021 overhaul.

The return to turbocharging as part of the scheme to downsize the internal combustion engine and increase hybridisation was a no-brainer for 2014 and has led the sport to a point where it is now happy to accept boost as a performance enhancement.

So much so in fact that plans for F1's next engine will likely see a turbo attached to either side of it, as the sport looks towards a much better power-to-weight ratio, in order that the cars once again need to be wrestled around the track.

And speaking of power-to-weight, one of the issues the sport has faced during the hybrid era is the increase in the car's overall weight - now up to a staggering 728kgs, nearly 100kg up on the V8 era.

The new engine must look to reverse this trend and bring the minimum weight down once more, meaning the headline power figure need not be so high.

Talk of much more powerful engines has already ensued in any case, with a 1200-1300bhp target already put in mind and a much larger onus placed on delivery from the MGU-K/KERS, which was previously doubled from the 60kw allowed alongside the V8s to 120kw for the current power unit.

It makes sense to scale that leap in the same way for the next engine, up to 240kw or roughly 320bhp, but that'll come down to whether it's viable and to whether the power dispensed is part of the overall energy scheme or whether it's to be used as a push-to-pass system, like KERS was.

You could make an argument for both: allow the delivery of 120kw (roughly 160bhp) in line with the power created by the engine, as we have now, and an optional boost of more electrical energy when available, giving the driver a tactical weapon to attack and defend.

One of the issues in increasing the role of the MGU-K without the MGU-H to support it is recovering the energy, especially if it needs to make even more and could result in a severe balance issue for the drivers, almost like applying the handbrake in every corner.

However, talk did turn to having a MGU-K across the front axle too, albeit only for recovery in order to maintain simplicity.

When the hybrid regulations were originally framed, they called for delivery of fuel via two methods: port injection and direct injection, but as plans matured only the latter survived and has since led to a development war in lean burn technology, such as the turbulent jet ignition introduced by Ferrari last season.

It'll be interesting to see if this changes, as the new regulations are framed - as it appears that a concerted effort will be made to create more noise with the next engine, too.

Of course, without the MGU-H the turbos will also make a little more noise in their own right but resolving the fuel flow model and the delivery system will allow the engine to rev out further too.