While Ferrari did not appear in testing with any obvious innovations on its car – in contrast to Mercedes which unleashed a host of radical parts – it is wrong to think that the Maranello team has not been pushing the boundaries with its SF16-H.

We already know that the Italian outfit has been aggressive with its power unit this year, and it has now emerged that there have been extensive changes at the rear of the car too – which will help with both aerodynamic performance and tyre handling.

Like Mercedes, Ferrari has continued to incorporate the idea of an outing carbon casing to its gearbox - affording the team the option of making hard point changes during the gearbox usage cycle.

With gearboxes having to last five grands prix without change, otherwise the driver will suffer a 10-place grid penalty, such a design shift brings many benefits.

It allows the team to build several outer casings during the season, which provides the team and drivers with a much wider operating window in terms of set-up.

Suspension geometry can also be amended to influence not only kinematics but traction and aerodynamics too.

Inside the casing is a smaller gearbox cassette which is only changed in sequence with the drivers' usage schedule. 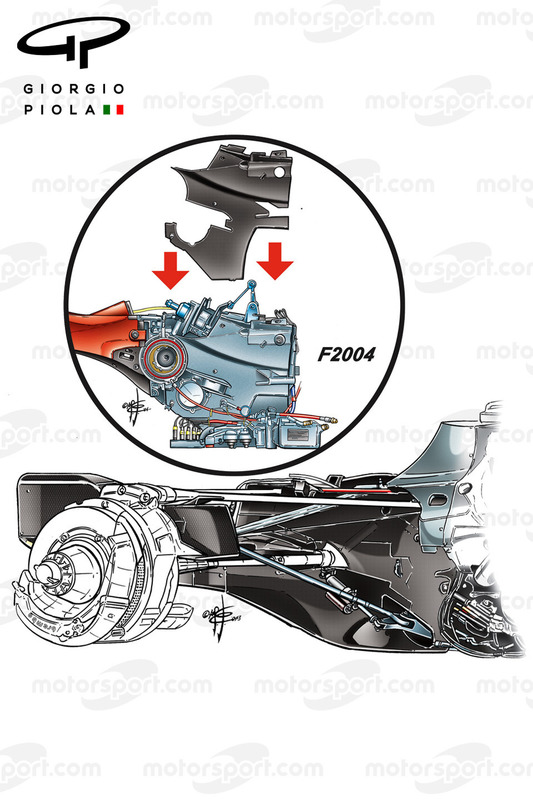 While Mercedes has been using this configuration prior to the dawn of the hybrid era, having started it in 2013, it is not the first time we have seen it used in F1.

The lineage can be traced back to 2004, where Ferrari used the outing casing under a design influenced by Aldo Costa – who is now at Mercedes. 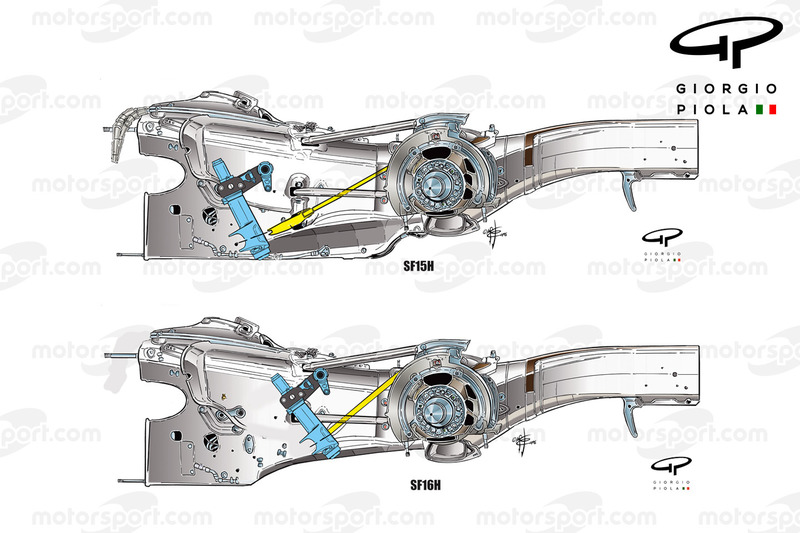 As we can see in the illustration, the movement of the power unit's MGU-K from the rear of the internal combustion engine to the left underside bank of the V, means the whole assembly can be pulled in tighter.

This has also allowed the underside of the structure to be raised, allowing airflow space to operate in the Coke bottle region and over the diffuser. 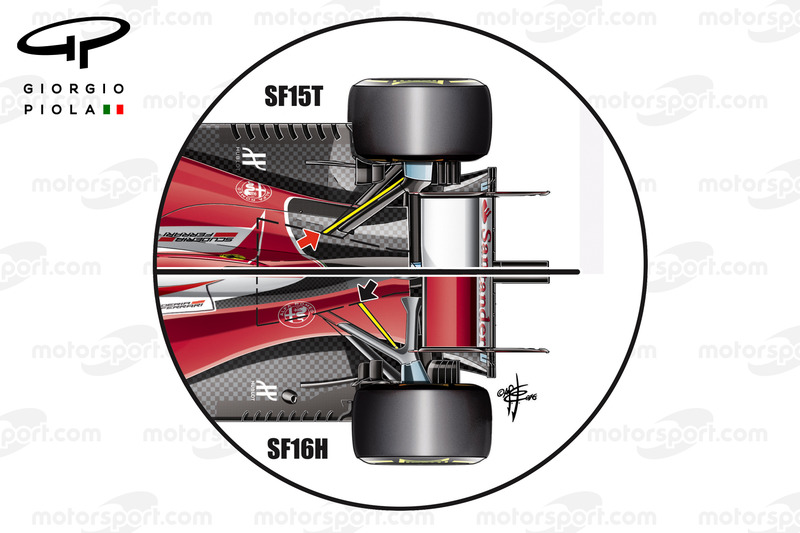 The slimmer case means that the suspension components have also found a new home, closer to the car's centreline.

This changes the position of the pull rod, whilst the aerodynamic surfaces of the wishbones have also been amended.

As well as bringing aerodynamic benefits, the suspension changes could well help in allowing a better balance through corners and to be kinder on its tyres – which will bring dividends over race distances this year.

It could explain why the team opted to try out every tyre compound over the Barcelona pre-season testing – not to understand lap time gain but simply to ensure its car was well match for the different demands of each rubber.