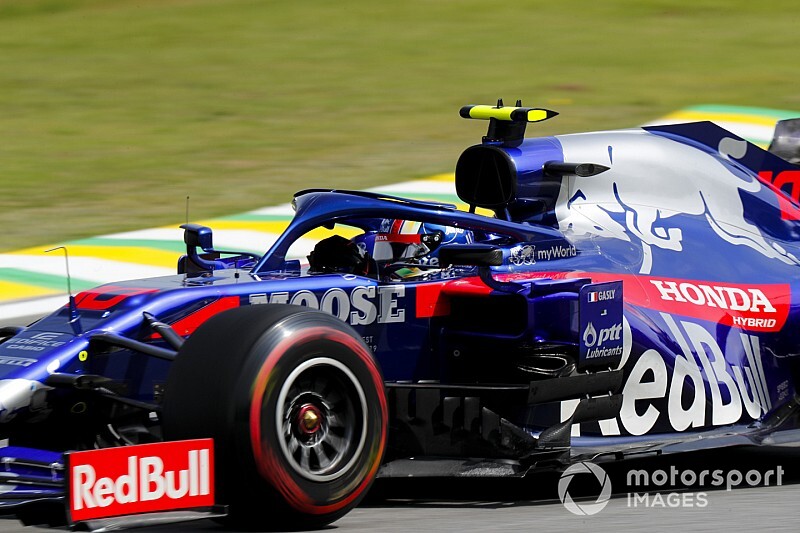 Toro Rosso team boss Franz Tost has credited Honda with the uplift in form that his team has enjoyed in recent races.

The Faenza-based outfit has closed to within eight points of Renault in the fight for fifth place in the constructors’ championship following Pierre Gasly’s shock runner-up finish in the Brazilian Grand Prix.

And with the team close to delivering what could be its best season in F1, Tost has no doubt that its progress owes more to what Honda has achieved this year than anything else.

“The Red Bull partnership helped us at the beginning of the season with the suspension, because we took over the suspension and everything from them,” said Tost. “But during the season, there's not much [we can do] with the synergy because of the regulations.

“It was the aero updates which helped us, and Honda made a big step forward. It was primarily Honda. With the spec four engine and with fuel, which they brought at Suzuka. This helped us to improve the performance.”

While Honda still appears to be behind Ferrari and Mercedes with its qualifying engine modes, Tost thinks that in race trim the balance of power is very different.

And he thinks the way in which Gasly was able to outdrag Lewis Hamilton out of the final corner in the Brazilian GP highlighted the lower downforce his car operates with.

“The key was the Honda power in the race, because Honda is really very strong in the race and our downforce level, we simply had less downforce than others because we were much faster than other cars,” explained Tost.

“And this helped us. But once more, you have to take care for the tyres in the infield. Otherwise it doesn't help you. And this worked very well, I must say.”

Abu Dhabi GP: All the winners since 2009