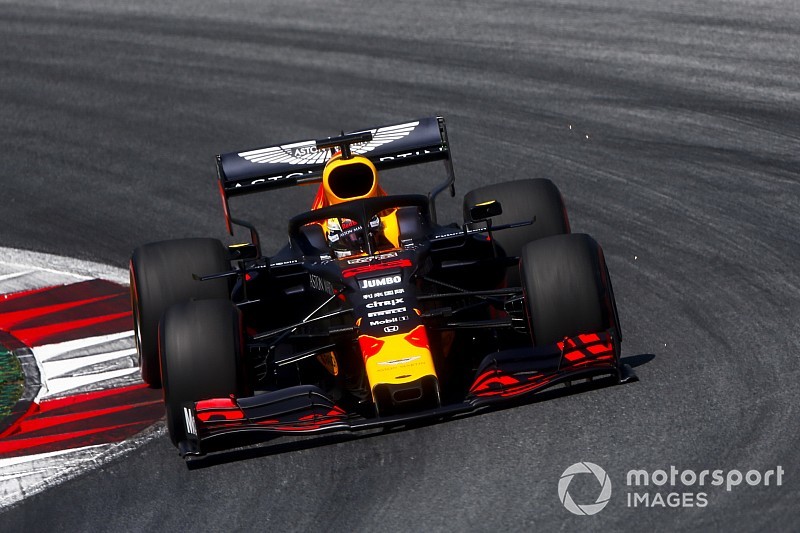 Max Verstappen says Red Bull's performance at the Austrian Grand Prix has been a lot better than he expected, after revealing he had been dreading how his car would fare in qualifying before the weekend.

With the long straights at the Red Bull Ring not ideal for Verstappen's Honda engine, the Dutchman had been bracing himself for a pretty tough time in the battle against Mercedes and Ferrari.

But despite a troubled practice day on Friday that was impacted by a high-speed crash at the final corner, Verstappen bounced back in style to grab third place on the grid behind Charles Leclerc and Lewis Hamilton.

He could also move up to the front row if Hamilton is given a penalty for impeding Kimi Raikkonen in Q1.

Reflecting on his strong performance, Verstappen said: "I think just in general our whole weekend, the performance has been a lot better.

"Before we came here, I was not really looking forward to qualifying because I knew it was going to be hard.

"But actually with the new updates that we brought to the car, we gained a bit of performance. I was really happy with the car throughout the qualifying and in the corners again we looked really competitive

"We do know that we are lacking quite a bit of pace to Ferrari and even to Mercedes on the straights, but knowing that this is not a good track for us, this is still a great result in qualifying."

Red Bull's biggest update in Austria revolved around a new front wing, which Verstappen says has helped make a notable lift in performance in cornering.

"The things we brought they just gave me more grip," he explained. "I didn't really have big problems before with oversteer or a lot of understeer, but just not enough overall grip. I think that seems to be improve again and that is really positive."