Max Verstappen's Red Bull Formula 1 car has undergone extensive changes overnight after Honda discovered an anomaly in the data of his engine ahead of the Spanish GP. 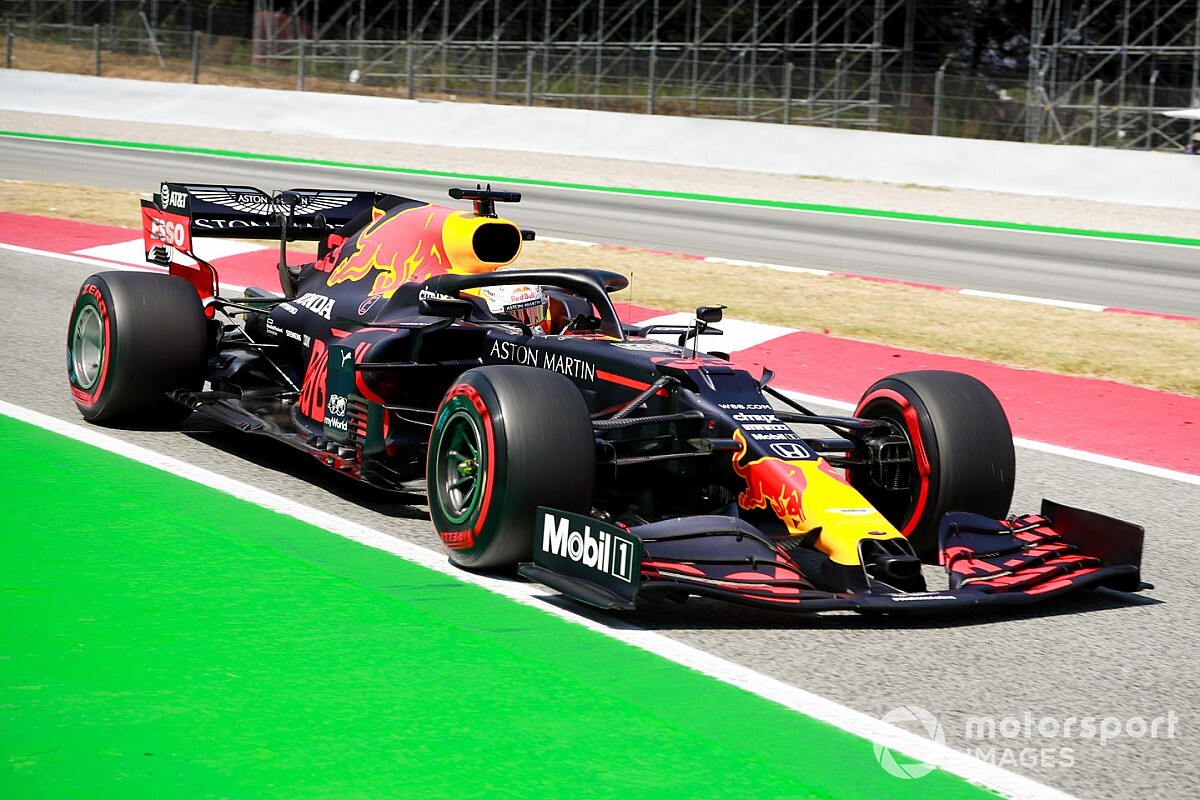 Under parc ferme conditions, Verstappen has swapped back to a previously used V6, turbo, MGU-H and MGU-K.

No penalties are associated with the changes.

An Red Bull spokesperson told Motorsport.com: "After spotting an anomaly on the data from Max's PU we decided it would be best to change it to a previously used PU for the race and were granted permission to do so by the FIA."

The Red Bull mechanics have also changed the left-hand side chassis loom, the brake-by-wire unit, and both the left and right hand side axle ends.

Verstappen, who will start the race from third, noted early in Saturday's qualifying session that the car had felt "weird," and the last change may be related to that.

"I went through Turn 2 and I could see the left-front wheel coming up – which was very odd – but it didn't happen afterwards," the Dutchman said after qualifying.

"They checked everything, and everything was fine, so I honestly don't know what felt so weird. It was quite gusty out there as well. Bit odd but luckily it didn't come back."

They are the second and final examples that the Racing Point driver can take this season before penalties kick in, and the change has been made unusually early in the season.

Lewis Hamilton has replaced his front left tyre in his starting set from Q2, while Alex Albon has changed both his rears. Drivers can take tyres of a similar mileage if they are deemed to be damaged by the team, under approval of the FIA.

Both Renaults have also undergone a number of changes, with Esteban Ocon – who had a heavy crash in FP3 – taking a new steering column, and Daniel Ricciardo a new floor and some clutch elements.

The Spanish GP as it happened