Red Bull has dismissed any talk that Honda's decision to quit Formula 1 at the end of 2021 means that Max Verstappen can trigger an exit clause in his contract. 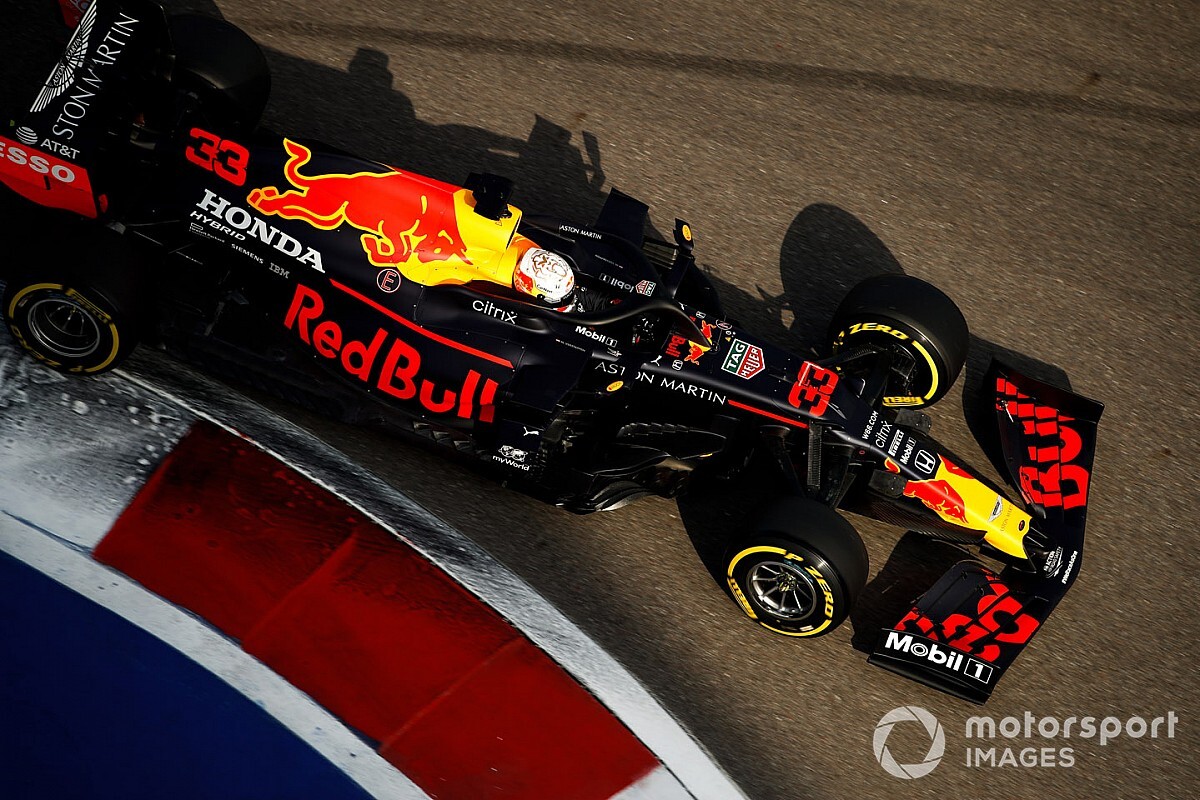 Verstappen has pledged his future to Red Bull until the end of 2023, having originally joined the team in 2016 and winning his first race with the outfit at the Spanish GP that year.

But Honda's shock withdrawal fuelled speculation that it could give Red Bull a tough time in holding on to the Dutchman, with some claiming that the youngster could even have break clauses in his contract that are dependent on engine suppliers.

But team boss Christian Horner has rubbished any suggestion that Verstappen is questioning his future at the outfit, and says Honda's decision to bring forward plans for a new engine to the start of next year have actually increased optimism for the future.

"There is no such clause in his contract," Horner told Red Bull's ServusTV about the possibility of Verstappen walking.

"The contracts between the driver and the team are private, but there is definitely no engine-related clause in Max's contract.

"He is competitive. He feels very comfortable in the team and believes strongly in the Honda program. I think he also sees that Honda has brought forward the engine from 2022 to 2021. That is encouraging, of course.

"So we will take another step forward next year. He's excited about this, and he still has a long way to go until 2022."

While Red Bull has been aware of Honda's decision for some time, it has not yet opened any serious discussions with potential future engine suppliers.

The most likely avenue for the outfit is to renew a partnership with Renault, even though relations with the French car manufacturer in the past have been quite tense at times.

However, the arrival of new CEO Luca de Meo has triggered a change of atmosphere at the car maker and Horner has suggested his views of the company have changed.

"We must now start thinking about an engine partner for 2022," he said. "We need clarity by the end of the year.

"Of course we have to consider all possibilities, all options. But in the end, Mr.[Dietrich] Mateschitz must decide how to proceed. But it is important for us to have enough power to challenge Mercedes in the coming years.

While one avenue could be for Honda to provide the IP of its engine to Red Bull or another manufacturer, Horner is sceptical about that happening, or anyone else new coming in to F1.

"The cost of getting a new manufacturer on board under the current regulations is simply far too high," he said. "So there will be no new manufacturer until a new engine - possibly 2026 - comes on the market. The costs for development are enormously high.

"The FIA and Liberty have to get a grip on this. They have done a good job on the chassis. Now we need homologated engines and we also need budget caps for the power units."

F1 will soon be “the best it’s ever been”, says ex-Renault boss Bob Bell