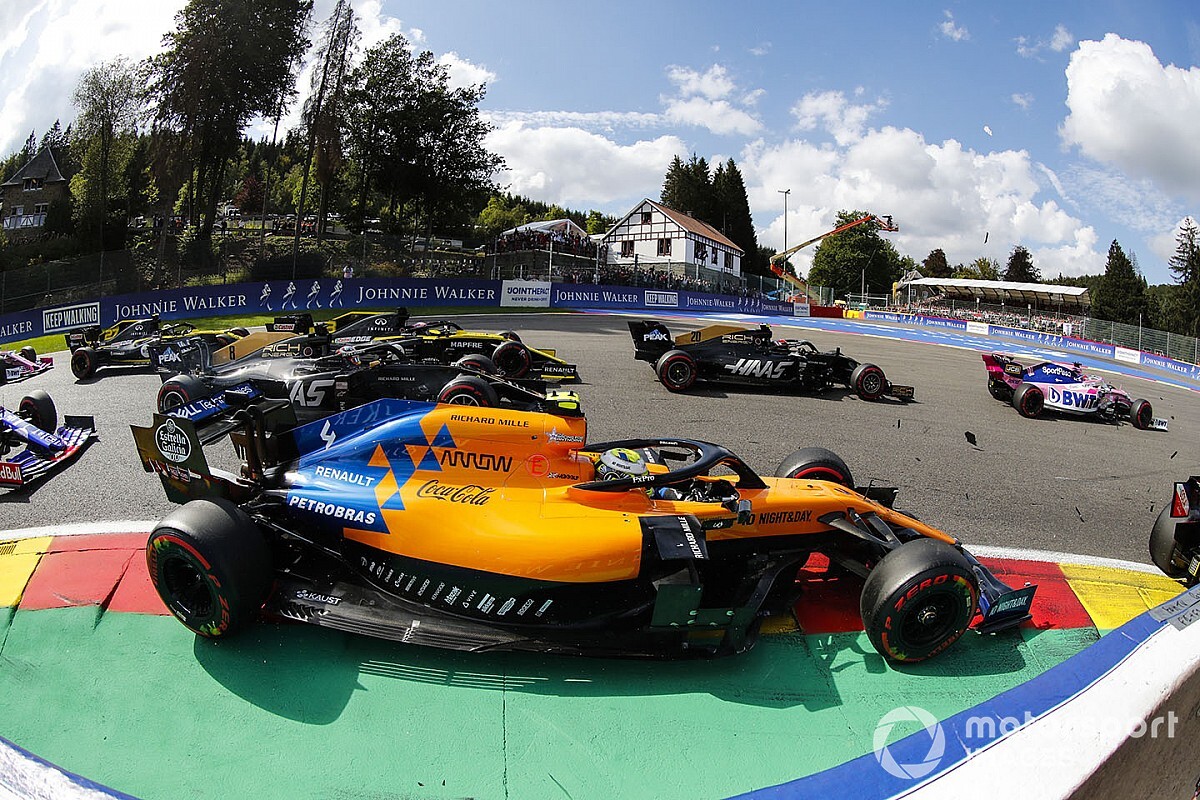 Former world champion Jacques Villeneuve's claims that young drivers are taking more risks because they have been brought up in the safe environment of simulators have been rubbished by Lando Norris and Lewis Hamilton.

Villeneuve told Belgian channel RTBF, in the wake of Anthoine Hubert's fatal crash in the Spa F2 race, that he believed the increased use of simulators had left young drivers fearless about the consequences of accidents.

"Instead of letting the young drivers test, they sit for a week in the race simulator," said Villeneuve. "When they get to the racetrack, they behave as if they're still in the simulator.

"It is not the same stress as it used to be. It does not bring the same adrenaline. The assessment of danger, of the enormous risk that they take when they go to the racetrack, is no longer the same."

But those comments have not gone down well with McLaren's Lando Norris, who says that linking the Hubert accident to simracing was just an "excuse".

"I don't think it's got anything to do with simracing," said Norris when asked about what Villeneuve had said. "It's just something he maybe wants to use as an excuse for it.

"Safety is getting much better, especially compared to when he would have been racing. It's not like we completely forget it. We don't go flat out and not care about anything. We still realise what danger is.

"Everything is getting safer, so sometimes you take more risks than at other times. I don't know what happened on the weekend, and I don't want to talk about it, but I'm sure it wasn't anyone doing anything stupid or risking anything.

"I think it was something small that turned into something pretty big. I don't think it's because we're younger, more fearless, less fearless. It's unlucky. That's about it."

"I don't really agree with a lot of the opinions of that individual and I don't know if anyone [does]," he said when asked about Villeneuve's comments. "I personally don't listen to that individual's opinion.

"But [on the simulator link] I don't think so. I think the kids are on the track..if you look at the kids on the ski slopes, from small up they have no fears and it is the same with us race drivers, whatever age.

"I am sure as you get a bid older it [fear] creeps in, but the simulators don't make you more or less fearful. I don't agree with that no."

NASCAR Cup Series race at Texas postponed due to rain

Quartararo can't explain why he "lost everything" in Teruel GP