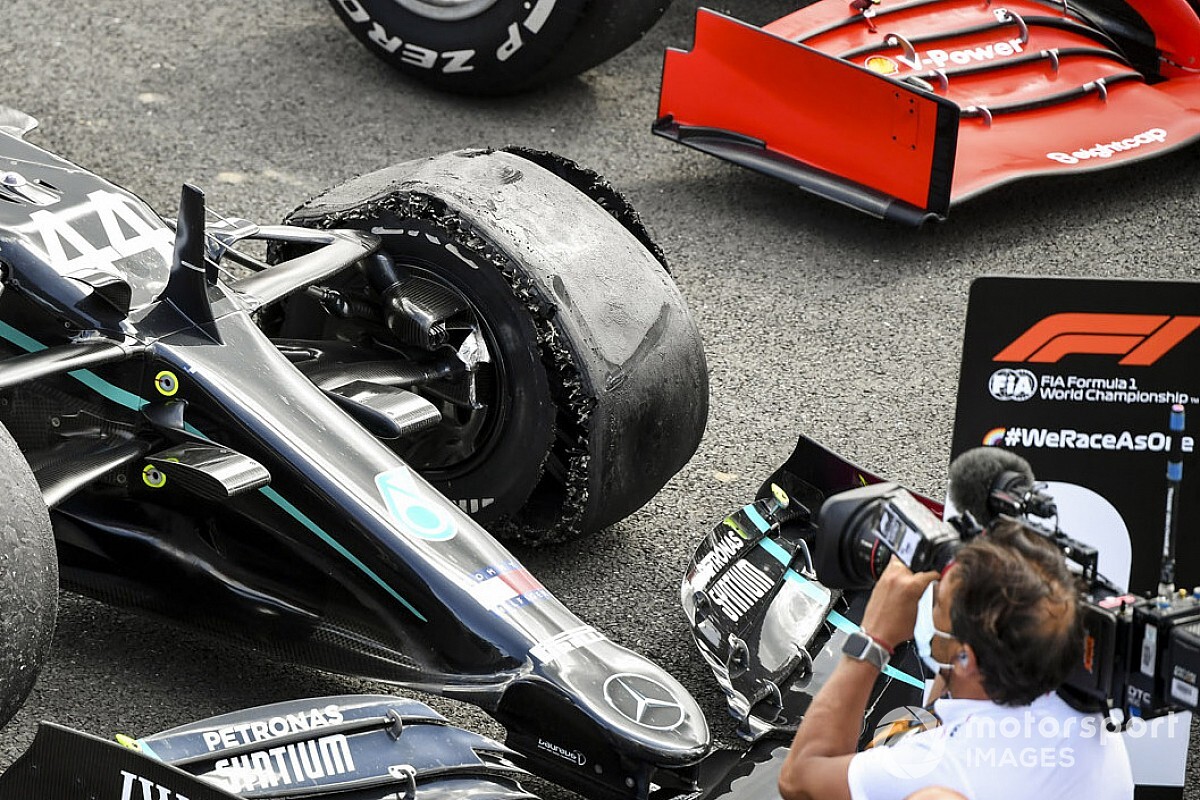 Mercedes was on course for a 1-2 finish with four laps remaining at Silverstone, only for second-placed Valtteri Bottas and race leader Lewis Hamilton to both suffer front-left tyre failures.

Hamilton's failure occurred on the final lap of the race, but he was able to drag his car home on three wheels to clinch victory, while Bottas dropped to 11th in the final classification.

Despite Mercedes' dominant start to the season and clear pace advantage over the field, team boss Wolff has regularly warned against complacency setting in.

Wolff said Sunday's tyre failures were proof of why Mercedes cannot rest on its laurels, saying it could have suffered a double DNF.

"I know that I get lots of criticism when I point out that black swan events happen, that once you think everything is smooth, and you're just cruising into the sunset, these things can unfold," Wolff said.

"We could have easily lost two cars today, out of the points, and then the points advantage would have vanished in a second. We would have still had the fastest car at Silverstone, but come home with zero points.

"This is what I'm always pointing out, the championship is not over until it's mathematically impossible for anybody else to catch us, and the race isn't over until the flag drops.

"In that respect, yeah, I'm not happy that my predictions come true sometimes for us.

"But that's also what I love about motor racing, that it's just very unpredictable until the end."

Hamilton was able to avoid losing the lead despite his issue after Red Bull had pitted Max Verstappen with two laps to go, opening up a 30-second buffer at the front of the pack.

Wolff revealed that Mercedes did consider pitting Hamilton due to the gap to Verstappen, but did not think his tyres were in a bad enough condition to warrant coming in on the final lap.

"That was exactly the discussion we had on the pitwall, 'are we pitting or not?'" Wolff said when asked by Motorsport.com if he considered pitting Hamilton as a precaution.

"We had enough gap to Max, but it was only one lap to go, so the decision was taken not to pit and everything looked fine at that stage.

"In hindsight, afterwards, a pitstop would have probably been better but at the end we don't know the root cause of the failure.

"It could have been debris, the newer tyre would have had more integrity and more rubber and would probably have protected better against debris.

"We learn from that and if we have the gap, probably we will pit if the tyre is in a bad condition."