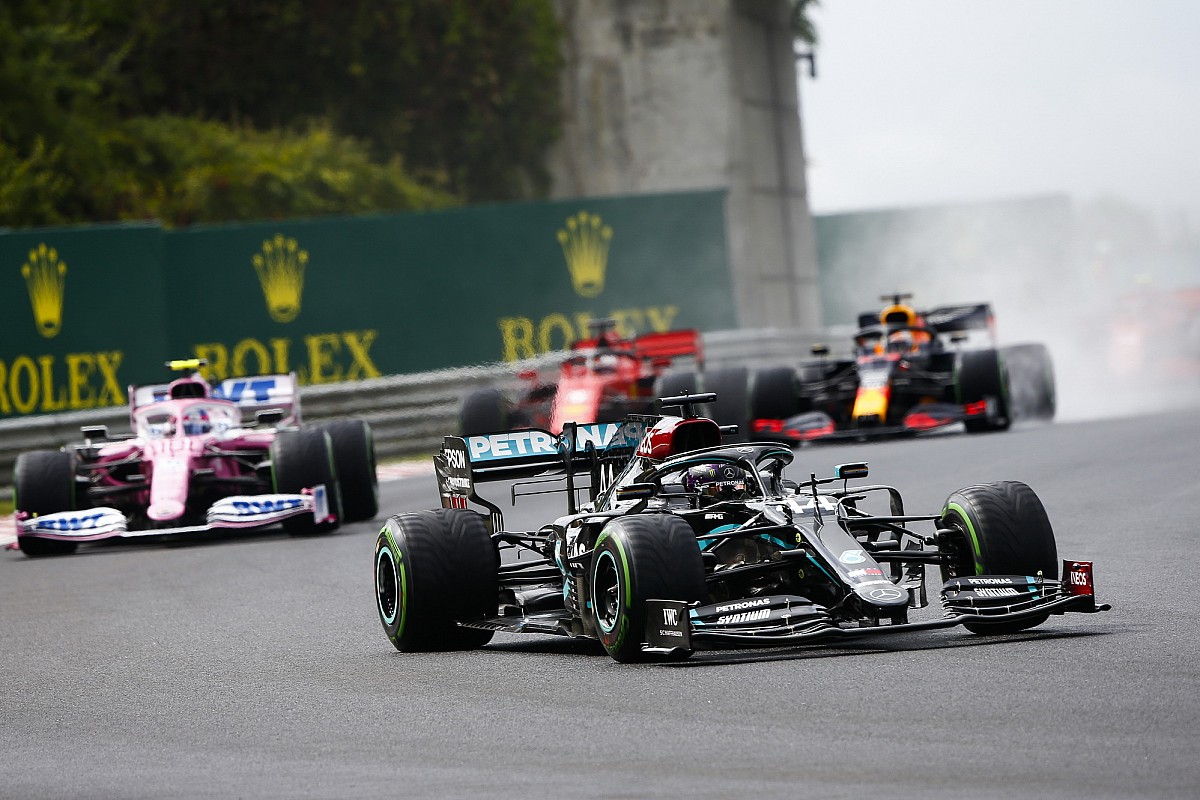 Lewis Hamilton has taken the lead of the Formula 1 World Championship after his record eighth victory at the Hungarian Grand Prix at the Hungaroring.

Mercedes teammate Valtteri Bottas was leading the points coming into this race but his third-placed finish wasn’t enough to hold on to his lead – and Hamilton’s extra point for fastest lap has moved him five points clear.

Max Verstappen’s runner-up spot for Red Bull, despite his pre-race crash, elevates him to third in the drivers’ championship, with McLaren’s Lando Norris slipping to fourth after his first non-score of the season. The second Red Bull driver, Alex Albon, is now fifth after his second strong finish on the trot. Sergio Perez’s trio of points finishes puts him level with Albon on 22.

In the constructors’ championship, Mercedes has extended its lead to 66 points, with Red Bull Racing now up to third, ahead of McLaren and Racing Point. Ferrari is fifth, almost 100 points behind Mercedes already.