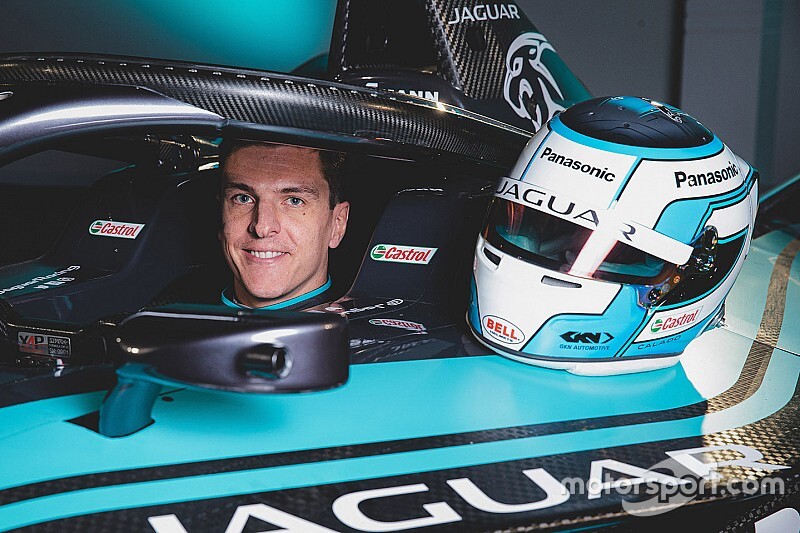 Factory Ferrari GT driver James Calado has been signed to race alongside Mitch Evans at the Jaguar Formula E squad in 2019/20.

Calado, who finished second in the 2011 GP3 championship and third in the '13 GP2 season before joining Ferrari's AF Corse-run FIA World Endurance Championship squad in 2014, will make his FE debut in the upcoming campaign.

He has been helping the team with its private FE-powertrain-manufacturer-allocated pre-season testing programme alongside Evans, who signed on for a fourth season with Jaguar last month.

"This was one of the most sought-after seats in Formula E and I'm extremely proud to have been offered it," said Calado. "Jaguar's motorsport history is iconic and to be a part of this team in Formula E is a great opportunity for me.

"Although electric racing is new to me, I'm confident in my own single-seater experience to secure some great results for the team.

"Expectations are high and I can't wait for the first race in Diriyah in November."

Calado, who won the 2017 WEC GTE Pro title for Ferrari and as well and took victory in that class at this year's Le Mans 24 Hours, will make his first official outing for Jaguar at this month's group pre-season test at Valencia.

"I would like to welcome James to the Jaguar Racing Formula E team," said Jaguar team principal James Barclay. "His experience in multiple formulas and outright pace will be a huge asset to the team.

"We learnt how to win as a team last season and we are hungry for more. To be successful in Formula E you need two drivers who can compete for podiums at every race.

"With Mitch and James we can look to build on the success of last season by securing even more points, podiums and wins."