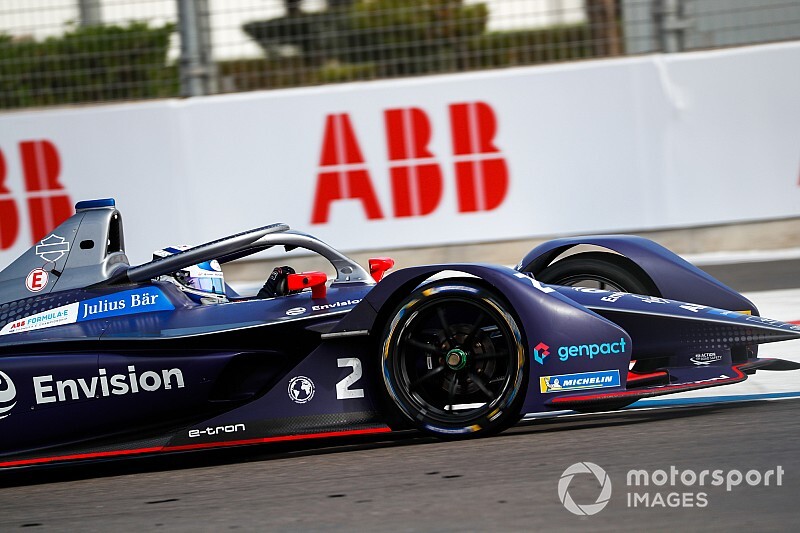 Cassidy eclipsed the previous record, which current Dragon FE driver Nico Muller had set in the 2018 rookie test for Audi, by setting a 1m16.910s with 20 minutes left on the clock.

But Cassidy then returned to the circuit for one final run, and produced a 1m16.467s in the final moments of the test, which would leave him nearly half a second clear of Sette Camara as the chequered flag flew.

Prototype racing veteran Filipe Albuquerque – who has not competed in single-seaters since finishing third in the 2008-9 A1 GP season for Team Portugal – had led coming into the final hour and ultimately settled for third place.

Stablemate Nicolas Lapierre moved up to fourth at the death in the other DS Techeetah car, having been drafted in at late notice after the team's usual tester James Rossiter was made ineligible for the test through his FP1 appearance in place of Jean-Eric Vergne.

Driving for BMW, Kyle Kirkwood – who has won four titles on the American junior single-seater scene in the past three seasons and will drive for BMW's Formula E partner Andretti in Indy Lights this year – was an impressive fifth, while Venturi's reserve driver Norman Nato vaulted to sixth late on to finish as the top runner among the Mercedes powertrains.

Jake Hughes was seventh, running for the Mercedes works team, while the second BMW of the marque's new DTM recruit Lucas Auer made up the top eight.

Kelvin van der Linde had been quickest in the first of the two three-hour sessions, but his morning benchmark was surpassed by 10 drivers in the afternoon.

ADAC GT Masters champion van der Linde, testing for Audi, was among those drivers himself, finishing ninth as the last of those within a second of Cassidy, as Japanese F3 champion Sacha Fenestraz completed the top 10 for Jaguar.

W Series champion Jamie Chadwick was 13th-fastest in the other Jaguar entry, 1.254s off the pace.

The only driver not to improve in the afternoon was ex-Ferrari Formula 1 junior Antonio Fuoco, who wound up 22nd, a place ahead of the NIO 333 team's other test entrant Daniel Cao.