Envision Virgin Formula E driver Robin Frijns says his qualifying wall hit caused the "utter bullshit" penalty that consigned him to the back of the Marrakesh E-Prix grid. 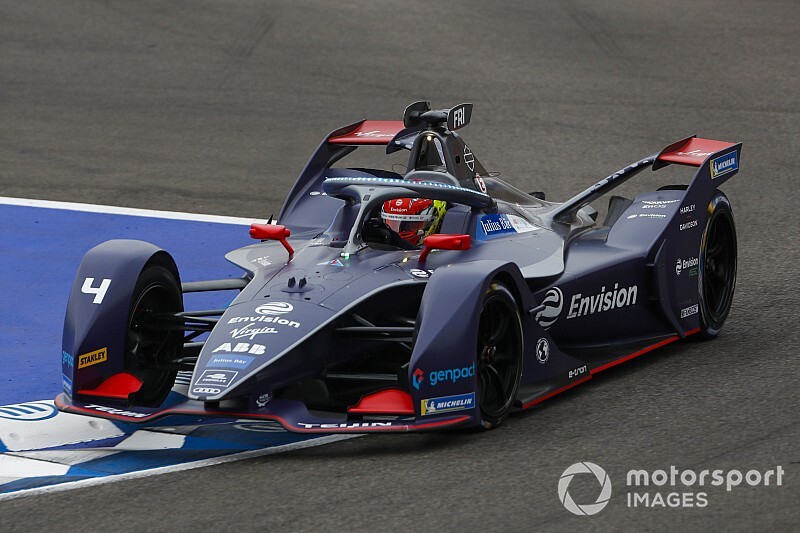 Frijns's qualifying attempt was compromised by him tagging the outside wall on exit of the sharp Turn 10 left-hander, as he ended up 0.485s off the pace and 14th-fastest in group qualifying.

But with the power output from his Audi e-tron FE06's battery "not respecting the homologated throttle pedal map", in a breach of article 3.1 of the technical regulations, Frijns' was stripped of his best laptime and placed 22nd on the grid, on the strength of his 1m27s preparation lap.

Frijns said the infraction was caused by a power spike that lasted "milliseconds" after the impact with the wall, and felt the penalty was unnecessary.

"I was on a decent lap, I would say," Frijns told Motorsport.com. "Even though we don't have the pace to be on pole, I think it was good enough to be in superpole.

"And then I went on the power in [Turn] 10 and the rear pretty much snapped, surprisingly. And the moment I hit the wall, I had an over-power spike.

"I mean, I lost already three and a half tenths on the straight [aftewards] because I hit the wall. But because of that spike – which, I don't know how many milliseconds [it lasted], you don't gain anything from it, but the FIA sees it and takes my laps away, which is utter bullshit.

"Unfortunately that's the rules, but you need to take logic in some cases. If you're overpowered for a long straight and you gained two tenths, then yeah, you will get penalised, but an overspike at the moment you hit the wall because you kept on power, and even though you [already] lost three and a half tenths – [a penalty] doesn't make sense."

Motorsport.com understands that the FIA believes the offending power spike occurred moments prior to the contact with the wall, and thus the hit should not be viewed as a mitigating circumstance - but Virgin does not agree.

"It’s triggered by oscillation so it’s nothing to do with us," team managing director Sylvain Filippi reiterated to Motorsport.com. "We are not requesting more power. It’s just the way these powertrains work. But from what we can see, we only went above when he hit the wall.

"For us it is very clear that we’ve done nothing wrong. But the FIA have ruled it and that’s it. We’ve been to the FIA before to show them why it’s happening. It’s not just our team.

"These oscillation issues are normal. We studied the data and it’s obviously not us trying to be clever. Sometimes sadly there’s not much room for compromise."