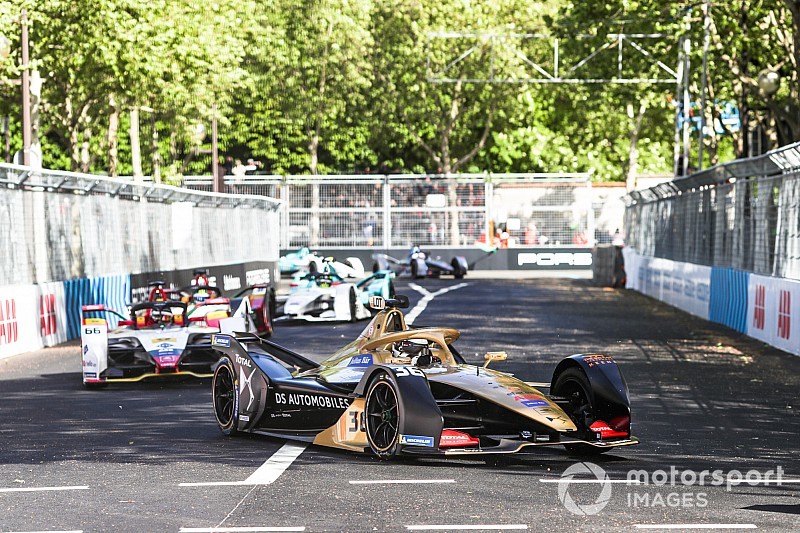 With eight different winners in as many races, and the top seven in the drivers' championship within twenty points of each other, has this year's contest been too random?

With round nine of the Formula E championship coming up, the all-electric series faces the bizarre prospect of celebrating a ninth different winner at the Monaco E-Prix.

Robin Frijns' first win in the sport at a wet Paris E-Prix vaulted the Virgin Racing driver to the top of the drivers' standings - having had just two other podium finishes this season - with Techeetah's Andre Lotterer second in the championship, having taken only his second podium of the season.

Listen: Alex Kalinauckas joins Edd Straw to discuss whether or not this dramatic Formula E season is just too amorphous.

Along with their still being question marks over which team has the quickest car, part of the reason for an increasingly-equalised championship is the grouped qualifying format.

Formula E has always used a group qualifying format, where four groups of five or six drivers would go out and attempt to set their best lap. Splitting the field into four groups has been used mostly to prevent on-track congestion.

However, previously they would draw random names for the groups, which meant drivers could potentially have three or four events in a row where they would be sent out in group one, often seen as a disadvantage on a dirty track.

Currently, they group the drivers in reverse championship order, meaning those at the top of the standings are placed into group one and are first onto the track. The difficulty in running on a 'dirty' circuit means that the championship leaders frequently start in the bottom half of the grid, and are forced to fight back through the race.

Whilst some drivers have occasionally succeeded in securing decent qualifying positions from group one, some drivers have spoken out against the format and feel that it's a harsh punishment for previous race successes.

What do you think of Formula E's current qualifying format? Would you like to see it changed? Leave your thoughts in the comments section below.