Formula E and the FIA have put in place financial penalties designed specifically to deter manufacturers from quitting the championship during the forthcoming Gen3 era. 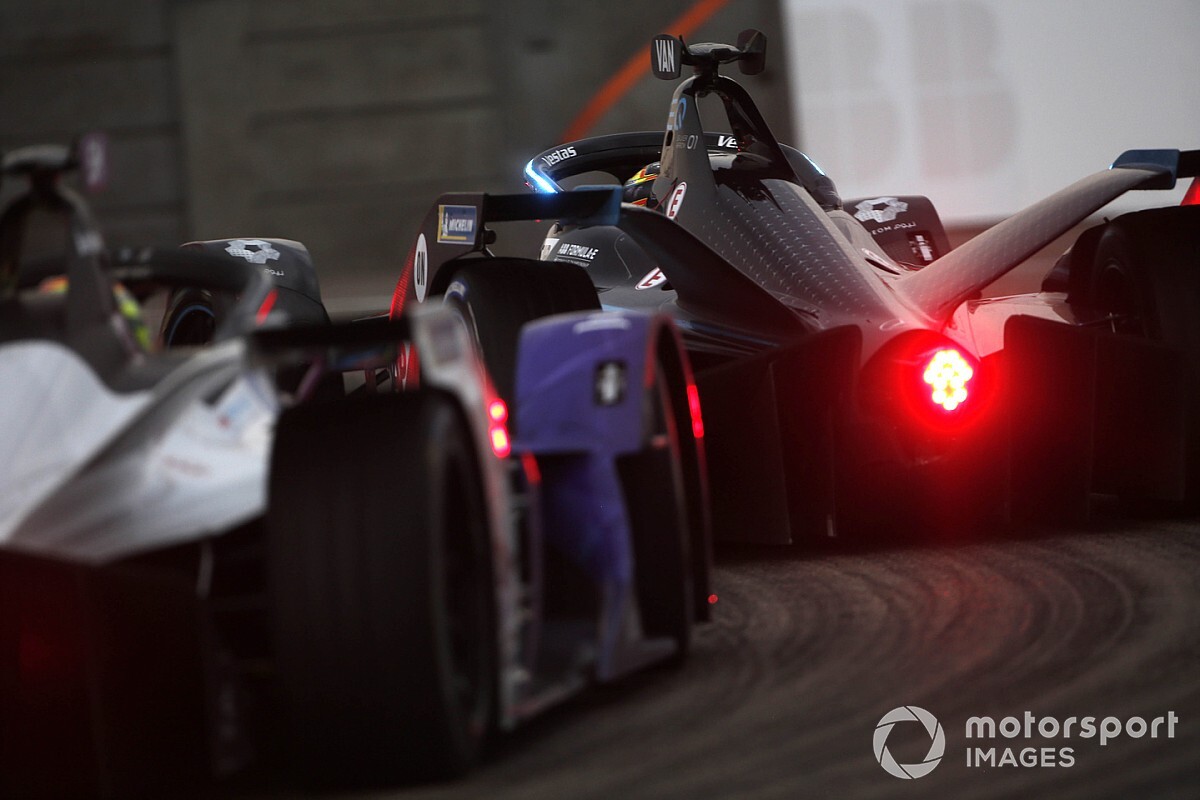 The new ruleset will run between the 2022-23 and 2025-26 seasons, notably boosting power up to the equivalent of 470bhp while introducing a 120kg weight reduction per car.

The FIA has issued a second version of its Registration Procedure for Car Manufacturers that covers Gen3, which now includes a new clause to better prevent teams from leaving.

Should a manufacturer exit the series, it will have to continue to pay the €300,000 registration and homologation fee charged per season until the end of the rules cycle.

This “exclusive remedy” from the FIA, not included in the first draft released in December, will have to be paid in one lump sum within 60 days of the manufacturer’s withdrawal date.

The new Article 7.4 reads: “In the event a Manufacturer withdraws from the Championship prior to the end of the Cycle, the Manufacturer’s sole liability and the FIA’s exclusive remedy for such withdrawal shall be the payment of the World Championship registration and homologation fee for the Season from which the Manufacturer has withdrawn until the end of the Cycle, to be paid in one instalment within 60 days from the effective date of withdrawal.

It continues: “The Manufacturer shall be solely responsible for any consequences towards the Competitors it is supplying.”

This follows Audi and BMW announcing within two days of one another during pre-testing last year that they will quit FE at the end of the inbound 2020-21 campaign.

Audi supplies a customer powertrain to the Envision Virgin Racing squad and will continue to do so until the end of 2021-22. Meanwhile, BMW could leave its Andretti race team - which wants to remain in the series - without a powertrain deal.

FE and the FIA have also updated the supply pricing for any customer team wishing to run another manufacturer’s powertrain during the Gen3 rules.

However, an additional €195,000 has now been added to cover battery refurbishment, while the maximum fee for components - such as suspension, powertrain and transmission - has increased by €200,000 to a total of €427,300.

This new total of €1.23million does not include the latest addition of a €300,000 service charge per car.

But this has halved from the previous €600,000 figure, due in part to the new restrictions on team staff numbers and the creation of a Logistics Working Group that will work to reduce travel expenditure.

Further cost savings can be made under the updated Article 5.9.

In this second draft, the manufacturer must provide the FIA with the price list of spare parts. The total of this price list must not be more than 135% of the selling price of the complete new car. This is down from the previous 150% limit.