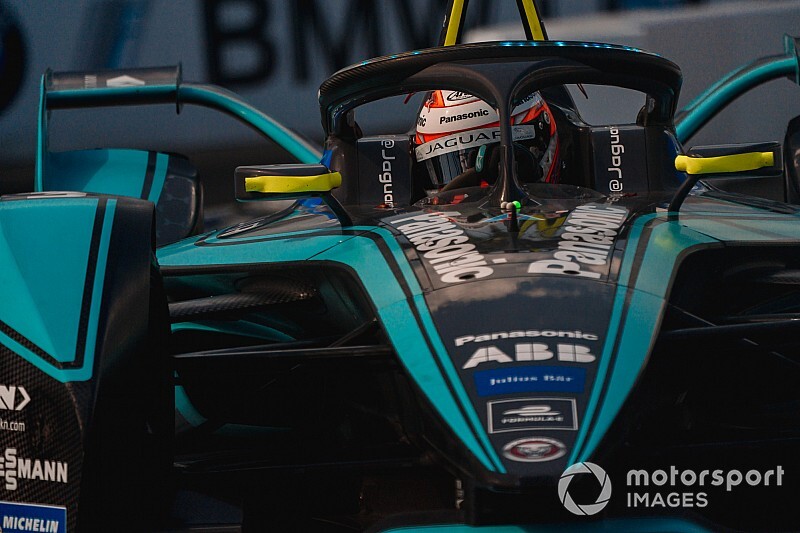 Alex Lynn has explained his reasoning for taking up a reserve role at the Jaguar Formula E team after the British marque dropped him for the 2019/20 season.

Lynn made several Superpole appearances and battled for a race win in New York before suffering a mechanical failure, but was not kept on for season six as his seat was instead given to fellow FIA World Endurance Championship GTE Pro racer James Calado.

However, the 26-year-old former Red Bull and Williams junior said he was highly motivated to accept a test and reserve driver role at Jaguar to keep himself involved with the all-electric championship and put himself in a position to ultimately return to a race seat.

“I think it goes without saying that having shown I can consistently run at the sharp end in both qualifying and races, I was pretty surprised and disappointed the decision didn’t go my way," Lynn told Motorsport.com.

Tthe working relationship I had with Jaguar during those seven races was also mega - I really enjoyed racing for them and I think this showed in our results."

Lynn went to on to explain his Jaguar deal will involve regular testing in current and Get 2.5 machinery and also permits him to take up any race opportunity that arises with another team for either this current season or the 2020/21 campaign.

“I think this role is a win-win for both Jaguar and myself," he said. "I am well placed to help them push car development forwards and will personally benefit by keeping myself fully up to speed in current machinery.

"I’m also really thankful that Jaguar senior management fully respect and understand my primary motivation remains a return to racing and hence my agreement ensures I am free to leave and race for another team anytime this season or next season.

“Of course, my main priority is to compete again with Jaguar in Formula E, but if a chance comes up to race somewhere else, then I am 100 percent ready to jump in at short notice and run right at the front.”

Lynn's reserve role is not expected to include a race outing in the Sanya E-Prix, which Calado is set to miss due to his clashing Ferrari WEC commitments.

Why Formula E’s Gen3 targets are its most ambitious yet