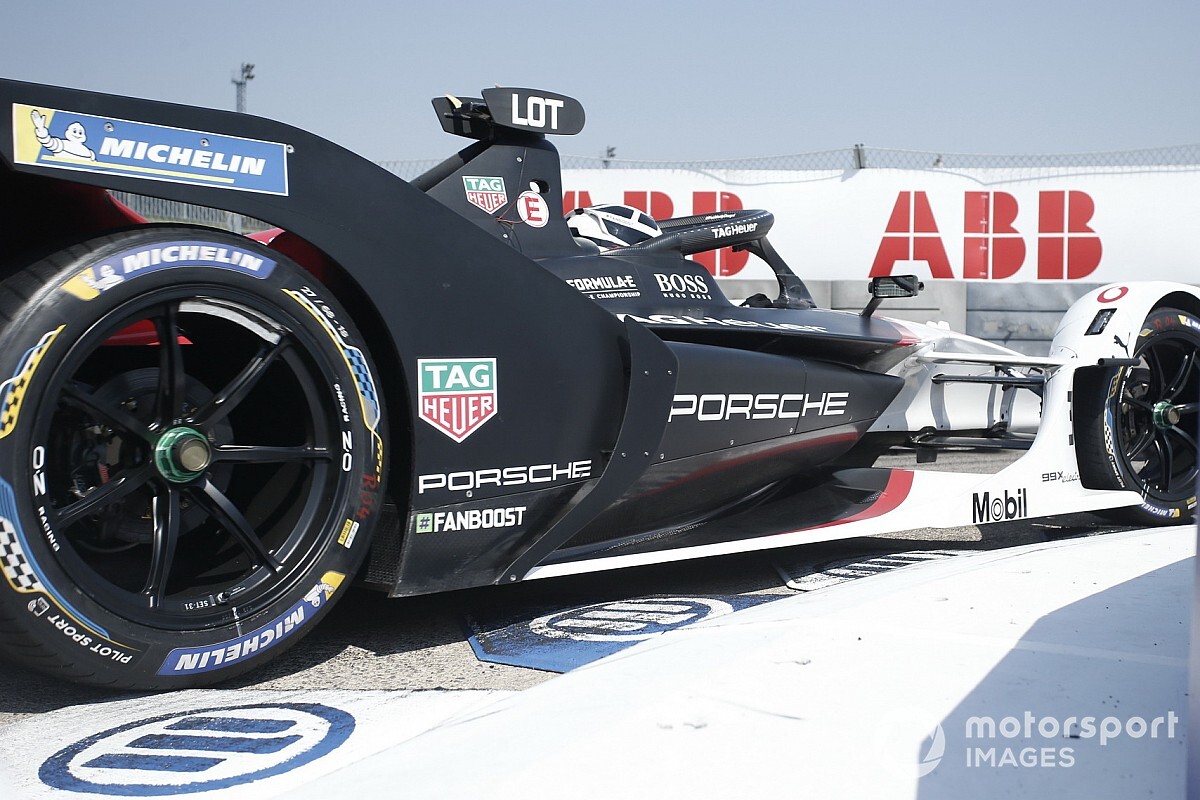 Porsche’s Andre Lotterer has criticised Audi’s two-time DTM champion Rene Rast for his “touring car” move on the final lap of the Berlin Formula E race that cost him a podium finish.

Lotterer was third in the dying stages of the race, which was won by Oliver Rowland for Nissan e.dams, but was in danger of running out of energy in the closing stages.

He staved off the advances of Rast while the Audi driver was running in the higher power attack mode, but then Rast muscled his way through in the second sector on the last tour. The two made repeated contact before Rast closed Lotterer out on the exit of Turn 15 to score his maiden FE podium, having returned to FE for Berlin to replace sacked driver Daniel Abt.

Lotterer, who finished fourth by 0.3 seconds, said: “I made my way forward [from seventh on the grid] and found a good rhythm. I found myself in third place and going well, but I had to burn a bit of energy to put myself in this position.

“On the last lap, Rene just drove into me. He put the nose in. Luckily I saw that because if I would have not seen it he would have just sort of spun me around. So maybe [it’s because] he comes from touring cars.

“Not cool, but he was up on energy so that's what put me vulnerable in the last lap.”

Rast defended the move – that was ruled a racing incident after a stewards’ investigation – saying he no longer wanted to be a “punching ball” in FE.

“I knew I had to try something, and I dived in Turn 12,” said Rast. “[Lotterer] didn't expect that there, so he opened up the door, I was on the inside. He had a little bit of contact. In Formula E you have a lot of contact and I learned [that from] the last four races.

Porsche scored its best combined result in its debut FE season as Neel Jani – who is expected to be replaced by former Mahindra Racing driver Pascal Wehrlein next term – finished sixth.

The 2016 Le Mans 24 Hours winner credited his improved pace on a rebuilt car after the team replaced his tub following a race-four shunt with Sergio Sette Camara.

Jani maintained his third spot in the opening half of the E-Prix but slipped back after running off-line to gain attack mode and falling behind Alex Lynn and Rast.