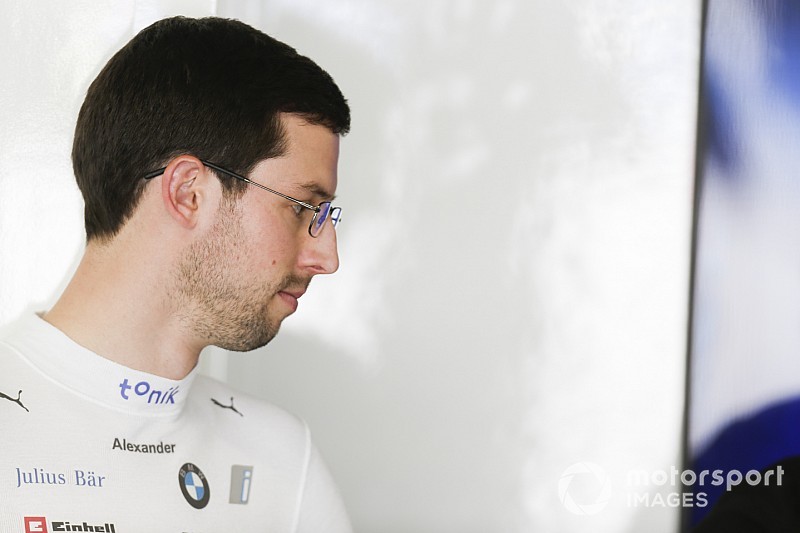 BMW driver Alexander Sims has apologised to Venturi’s Edoardo Mortara after their recent clash in the ABB FIA Formula E race in Santiago.

The pair were fighting for fourth in the middle part of the race in Chile when Mortara spun at the tight Turns 8/9/10 chicane as Sims followed him closely through the sequence.

Mortara fell behind the BMW Andretti driver as a result, with Sims getting a post-race penalty as the stewards decided he had been at fault for the incident.

Sims insisted after the race that he had no felt any contact, and BMW unsuccessfully protested the penalty.

But having watched the incident back before this arriving at this weekend’s race in Mexico City, Sims approached Mortara to apologise.

“I saw him at breakfast in the hotel, [and] I just said sorry basically, same as after the race, I didn’t feel any contact,” Sims told Motorsport.com

“[But] having watched it back a few times at home I came to the conclusion that there probably was very light contact that caused him to spin.

“Fair enough. I wanted to clear the air and move on and he was very amicable.”

When asked about Sims' apology and the race as a whole, Mortara explained that “it’s not really a big issue”.

“In the end, we still finished in front, I don’t feel like it did cost me a lot,” he continued to Motorsport.com.

“I think it would have been very difficult higher up than where than where we finished.

“No special feelings regarding that.”

Mortara ended up finishing fourth as Sims’ penalty dropped him from third on the road to seventh.

It was Mortara’s best FE result since he finished second in the second 2017/18 race in Hong Kong, and was Venturi’s first points finish of the 2018/19 season after it struggled with braking issues in Saudi Arabia and powertrain problems in Marrakech.

“It was definitely a positive race weekend for us,” said Mortara.

“From the qualifying and also free practice, we were more competitive, let’s say.

“We had less issues and that’s something that is bringing motivation and a little bit of optimism in the team – so that’s great.”