Wittmann, who has won 11 races and two drivers' championships since joining the Bavarian marque's DTM roster in 2013, has previously expressed skepticism over the all-electric series.

But describing the new Gen2 machinery as “very appealing”, the 29-year-old will now join the likes of Sergey Sirotkin and Pietro Fittipaldi, as well as DTM teammate Bruno Spengler and Audi rival Jamie Green, in FE's official post-race rookie test in Morocco.

“Up to now, I have only followed Formula E from afar,” Wittmann said. “I am fascinated to see how it feels to drive a car like the BMW iFE.18.

“I think the new Formula E cars are very appealing to us drivers. I am very much looking forward to it and am excited to see how much I enjoy it.

“My heart beats for the DTM, but I think it is important to keep broadening your horizon.

“Fortunately, BMW Motorsport has a very diverse programme, which allows us to gain experience in many different cars.”

Spengler, who like Wittmann has been already confirmed as part of BMW's DTM roster for the upcoming season, will likewise drive the iFE.18 – which he had tested earlier this year at Calafat.

Nissan was another manufacturer to announce its line-up for the rookie test on Sunday, naming two Super GT regulars.

Mitsunori Takaboshi, confirmed earlier as Nissan's FE test and reserve driver, will be joined by GT Academy graduate Jann Mardenborough, despite current doubts over the latter's future in the manufacturer's Super GT programme. 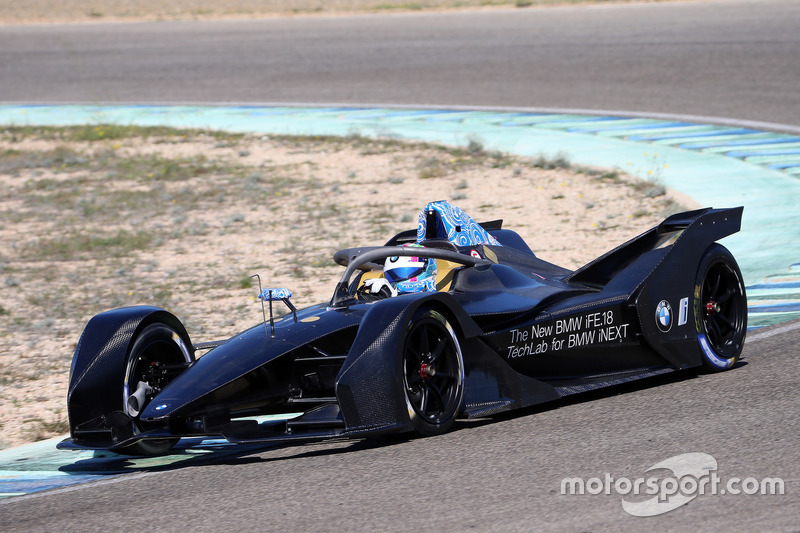