Deletraz’s title aspirations were given a sizeable boost when Spa victor Marcucci was sent spinning on the opening lap after contact with Bentley driver Andy Soucek on the exit of the second corner.

Soucek was handed a drive-through penalty for the incident and was disqualified from fifth place when he failed to serve his punishment.

Marcucci fell outside of the top 20 while Deletraz was involved in a collision of his own just moments later on the first lap.

Fender was able to pass Deletraz around the outside of the first proper braking zone on the second lap, but the pair collided just a couple of corners later and Fender was left facing the wrong way.

The stewards determined the collision to be a racing incident with suspected Internet problems causing the contact. 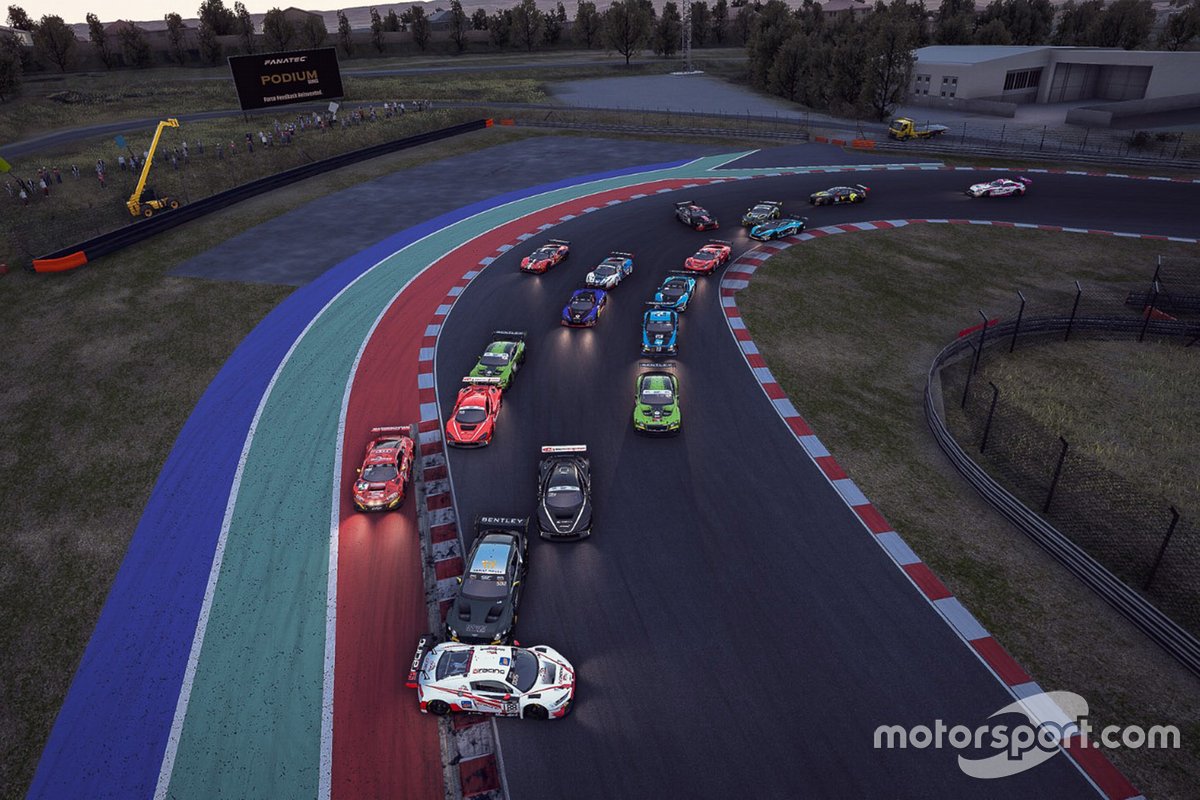 Bentley’s Jordan Pepper, who hasn’t scored a point since he won the opening round at Silverstone, made it through into second place while Deletraz dropped to third place.

Deletraz’s Porsche 911 GT3 finished in third place, which was enough for the former Renault junior to seal the SRO GT Esports title as the only driver to score points in every round.

Pepper caught race leader di Lorenzo with just under 20 minutes to go but an audacious move on the inside of a tight-right hander ended with a spin for Pepper while di Lorenzo maintained his race lead.

Pepper resumed in second place and although he cut into di Lorenzo’s advantage, he was forced to settle for second place.

Deletraz switches from Prema to Team Turkey for 2023 ELMS season