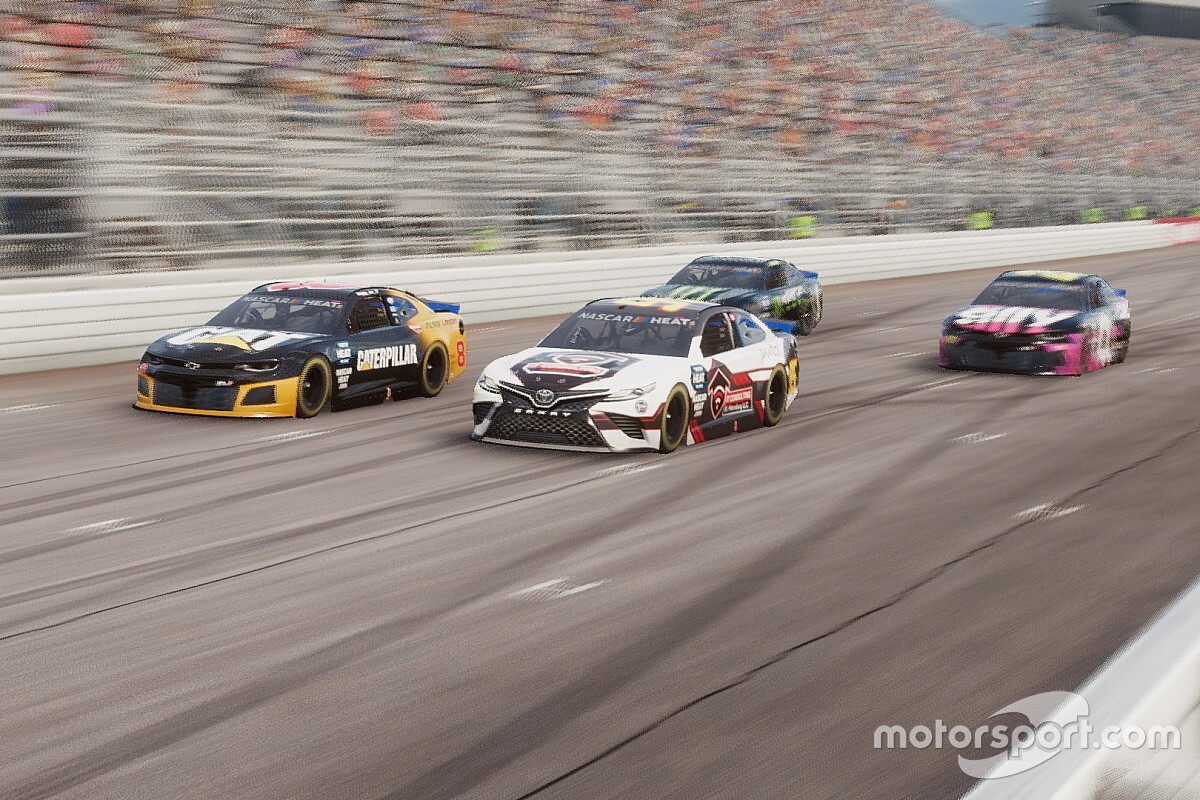 Brandyn Gritton of Stewart-Haas eSports led the field to the green flag for the first 55-lap race of the evening.

He held station until Joe Gornick put the bumper to him, taking over the lead ten laps into the race.

Most of the field filed down pit road right around halfway for green-flag pit stops with Gritton retaking the lead from Gornic through the cycle.

With 18 laps remaining, a caution changed everything. Joey Stone and Nick Jobes put themselves out front with a strategy gamble, but would not be able to hold on as they were quickly swallowed up following the restart.

Gritton was able to move back into the lead, but Josh Harbin was in hot pursuit.

With seven laps to go, he was able to complete the pass and take over the lead. From that point onward, the battle was really for second as Cody Giles, Gritton and Maxwell Castro went at it for position.

Despite some contact, they kept the cars pointed the right direction and Gritton came away with the runner-up position just ahead of Castro, who leads the points standings at the conclusion of Segment 1.

Harbin was able to cruise to the checkered flag and take the win for Leavine Family Gaming, ended up eight points shy of Castro in the standings.

Josh Parker and Stone rounded out the top-five in the results table.

Justin Brooks of the JTG Daugherty Throttlers led the way at the start of Race 2, but an early rash of yellows would plague the event.

There were two cautions in a hectic opening ten laps with the lead swapping hands between Brooks, Luis Zaiter and even Diego Alvarado before Daniel Buttafuoco emerged out front.

Buttafuoco remained in control through another set of yellows and led Brooks until both drivers dove to pit road with nine laps to go.

That cleared the way for Slade Gravitt to move into the race lead, hanging on against a hard-charging Zaiter to win by just under half a second. It was an impressive win from the back row of the grid for the Wood Brothers Gaming driver.

Brooks would finish eighth, but that was enough to hold onto the Segment 1 championship lead, eight points clear of Buttafuoco who finished sixth.

The series goes back road racing next week with the NASCAR Truck Series at Mid-Ohio.

Best of the banter – Supercars at COTA