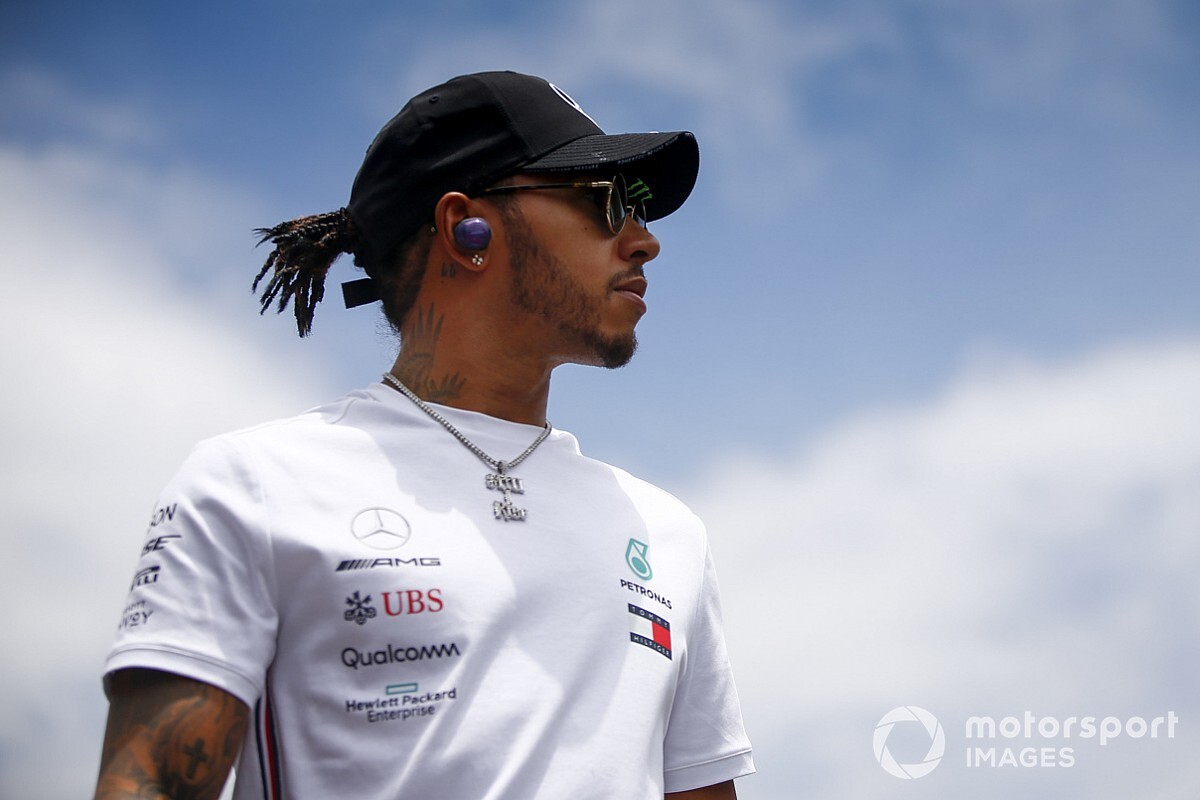 Amid global protests against racial injustice in the wake of the murder of George Floyd, an unarmed Black man, by police in the United States at the end of May, Hamilton has been speaking up about the #BlackLivesMatter movement in recent weeks.

Six-time world champion Hamilton is the only Black driver in F1 World Championship history, and was critical of his white-dominated industry for “staying silent” in the wake of the recent activism.

Writing in tomorrow’s edition of British newspaper The Sunday Times, Hamilton talked about his recent messages, saying: “I saw people I respected choosing to say nothing and it broke my heart. It’s why I had to speak out.”

The Mercedes driver writes about his experiences of racism in motorsport – “from kids throwing things at me while karting, to being taunted by fans in black face at a 2007 grand prix” – and said he is “used to the idea that no one will speak up for me when I face racism, because no one personally feels or understands my experience.”

In a bid to improve diversity within the white-dominated motorsport industry, Hamilton announced in the article the launch of The Hamilton Commission, a new research partnership with the Royal Academy of Engineering.

The Hamilton Commission will be “dedicated to exploring how motorsport can be used as a vehicle to engage more young people from black backgrounds with Science, Technology, Engineering and Mathematics (STEM) subjects and, ultimately, employ them on our teams or in other engineering sectors.”

“This will not be arm’s length research. We want to hear from the young people and graduates who deal with these challenges every day and we are in the process of bringing on additional partners who work on the ground in black communities to bring first-hand perspective. In addition, we want to bring in leaders from policy and business who are committed to leading on the activation of research recommendations.

“The time for platitudes and token gestures is over. I hope that The Hamilton Commission enables real, tangible and measurable change. When I look back in 20 years, I want to see the sport that gave a shy, working-class black kid from Stevenage so much opportunity, become as diverse as the complex and multicultural world we live in.”

Zanardi’s prognosis is not yet clear, says his surgeon