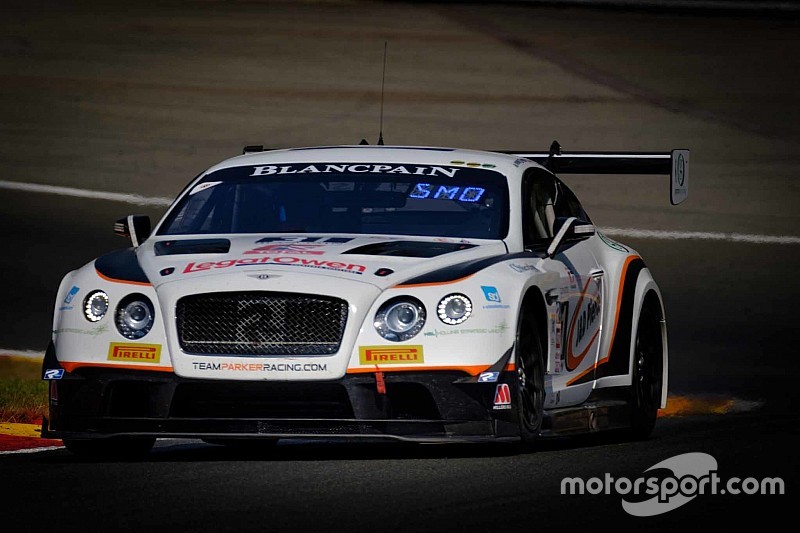 Former Bentley factory driver Andy Meyrick will return to the Spa 24 Hours next month, 12 months after breaking his back in the Blancpain GT Series blue-riband round.

The Briton, who drove for the works M-Sport Bentley operation in 2013-15, will race for the Team Parker Racing squad with which he contested last year's event.

The 2018 race ended for Meyrick when he hit a stationary car at the top of Eau Rouge in his Bentley Continental GT3 and sustained a fractured vertebra that put him in hospital for five days.

The injuries, which also included broken ribs, did not require surgery and the 33-year-old was able to return to the cockpit at the end of the year.

Meyrick told Motorsport.com: "It will be good to race a GT3 car again, and there's no better place to do it than Spa.

"People have asked me about my emotions on going back after last year, but to be honest my only emotion is one of excitement. It's not like I've made a conscious decision to go back or not."

Meyrick revealed he was looking forward to sampling the second-generation Bentley Continental, which he will share in the pro-am class with Derek Pierce, Ryan Ratcliffe and Glynn Geddie in the BGTS Endurance Cup event at Spa on July 27/28.

"Having been involved in the development of the original Bentley GT3 car, it will be interesting to see how much of a step forward it is," he said.

Meyrick will get his first taste of the car at the official pre-race Spa test next Tuesday and Wednesday.

He has exclusively raced with Bullitt Racing aboard a Mercedes-AMG GT4 since making his comeback.

He raced for the first time after Spa in the inaugural GT World Final at Bahrain on November 30/December 1 last year.

This season he is again contesting the GT4 European Series with Bullitt, but has also tested a GT3-spec Merc for the Anglo-Spanish squad run by stalwart sportscar team manager Dave Price.