New rules have been introduced for the renamed GT World Challenge Europe Endurance Cup and its blue-riband Spa 24 Hours round to encourage more strategic racing.

The changes to the sporting regulations for the series formerly known as the Blancpain GT Series Endurance Cup include re-introducing a competitive element to pitstops and new regulations governing the mandatory technical pitstop at the Spa round in July.

The revisions come after the series faced criticism from the teams and the media claiming that the restrictive regulations were dumbing down the racing.

A limitation on the time a car must spend in the pits at each regular stop for fuel and tyres, first introduced in 2016, has been abolished for 2020.

Tyres changes have been allowed at the same time as refuelling since 2018, but from this year they can only be replaced after the fuel has gone into the car.

The time it takes to refuel will be controlled electronically with sensors linked to each car's data-logging system, but there will be no minimum time for the tyre change.

The key revision in rules governing the mandatory technical stop at Spa, which was introduced to allow for a free change of brakes, is that cars can now enter the pits during a safety car or under full-course yellow virtual safety car conditions.

This has been designed to remove what GTWCE boss Stephane Ratel called the "lottery effect" of the previous rules, under which a car already in the pits when a safety car or a FCY was called could take its technical pitstop. It played a significant role in the victory by the GPX Racing Porsche squad at Spa last year (pictured below). 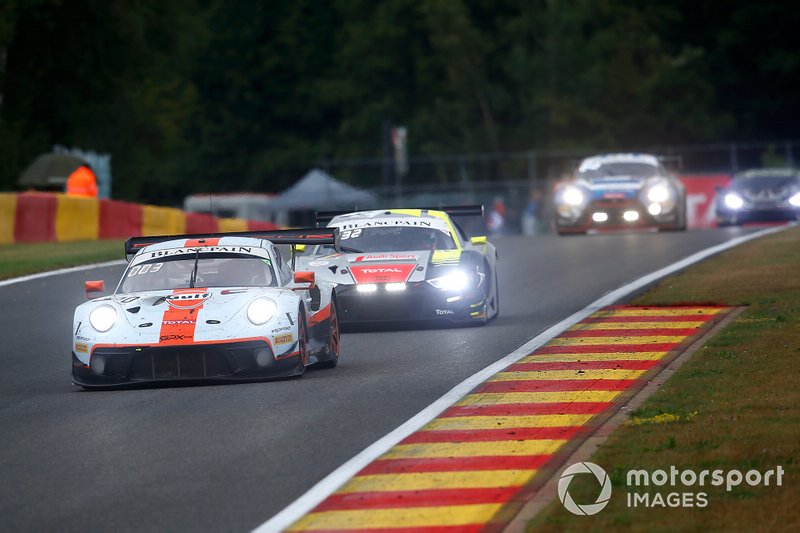 The length of the technical pitstop has been reduced from five to four minutes. Additionally, it can now be taken from the start of the 12th hour up until the end of the 22nd, whereas last year it had to be completed by the end of the 15th hour.

Ratel told Motorsport.com that he wanted to "re-introduce strategy and teamwork because they are an important part of endurance racing".

He explained that the only reason limitations on pitstops were introduced was to restrict the spending of manufacturers and teams on reducing refuelling time.

"I always said I didn't like them, but we introduced them to stop the arms race in the pits when there was no other appropriate system available for a price that we felt could impose on the teams," he said.

"Progress with the technology means that we can measure and control the refuelling time electronically."

The changes to the sporting regulations have been welcomed by the teams.

Matt Wilson, team manager of the M-Sport Bentley squad which will contest the Spa 24 Hours as part of its 2020 Intercontinental GT Challenge campaign, told Motorsport.com: "The old rules took the competitive element out of pitstops, because it was easy to get the tyre change done before the fuel had gone in.

"Now we will have the chance to gain time in the pits, the opportunity to maybe jump a couple of cars."

"It will create more of a strategic element to the racing," he said. "That has to be good and we might see more double stinting on the tyres."

But he warned that freeing up of the tyre changes will have a cost implication.

"The best-trained teams will be quickest in the pits and training costs money," he explained. "Our pit crew is largely made up of mechanics who are with us only at the weekend, so the rule is going to favour teams with full-timers." 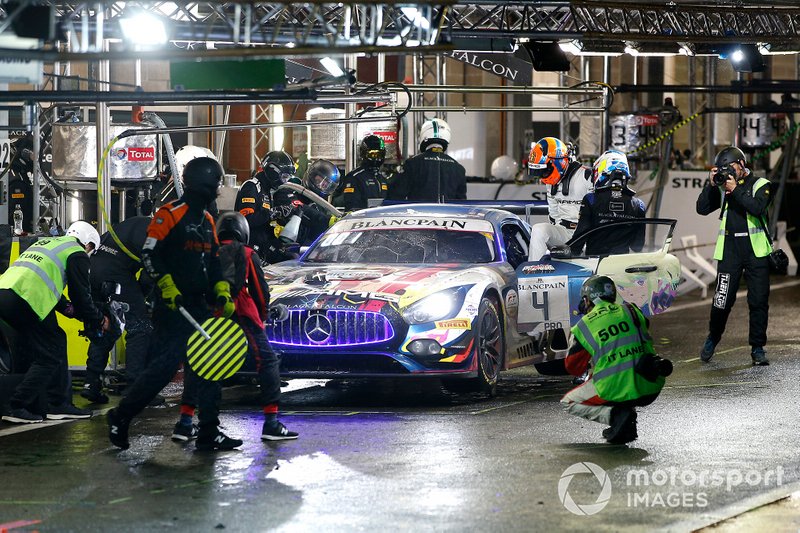