Taylor set a superb 1min15.035sec lap in the #7 Acura Team Penske ARX-05 to eclipse Montoya by more than 0.3sec and clinch his first pole position of the year.

Brother Jordan Taylor was fastest of the Cadillacs, slotting the Wayne Taylor Racing DPi-V.R into third ahead of the quicker of the two Mazdas, the #77 driven by Tristan Nunez.

The second RT24-P of local boy Jonathan Bomarito will start sixth, on the outside of Action Express Racing’s faster Cadillac entry, driven by Felipe Nasr. Filipe Albuquerque was seventh in the other AXR Caddy, well clear of the two JDC-Miller Motorsports entries.

Jon Bennett's effort in the CORE autosport Nissan DPi was slower than both of the two LMP2 entries, the quickest of which was the Performance Tech Motorsports Oreca of Kyle Masson. 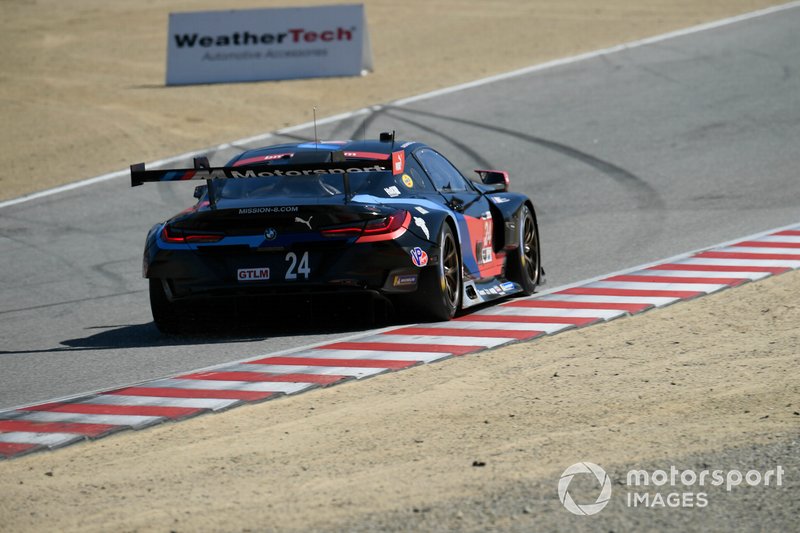 Krohn’s teammate Blomqvist got to third place, 0.334sec away, before pitting his BMW, while Laurens Vanthoor will start fourth in the #912 Porsche 911 RSR after setting a time 0.385sec from P1.

Ryan Briscoe ran off the road at the Corkscrew on what should have been his best lap in the second Ford, but his previous best was still enough to eclipse both Corvette C7.Rs.

Nick Tandy spun the #911 Porsche out of the Corkscrew and then reversed down the hill so he could rejoin in a safe place without causing any disruption to his rivals. However, he will start last in class. 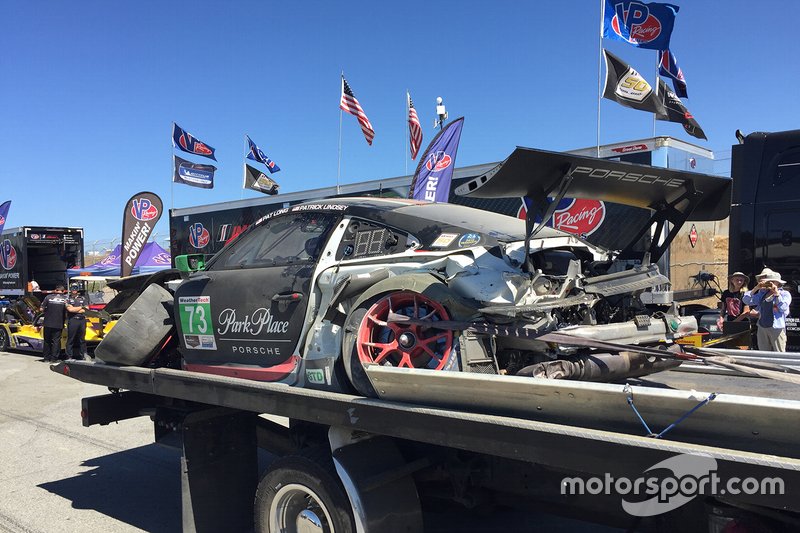 Patrick Lindsey had a nasty off in the Park Place Motorsports Porsche 911 GT3 R with eight minutes to go in the GTD session, and that brought out the red flags.

The #73 car clipped the inside curb at Turn 10, drifted out to the exit curb and then spun across the track where it made heavy contact with a concrete barrier. Lindsey walked to the rescue vehicle unaided but the car appeared that it would be difficult to repair in time for Sunday's race.

However, the session was reset with four minutes on the clock, and a great final lap by Corey Lewis saw him jump his Paul Miller Racing Lamborghini Huracan GT3 to the top of the times by 0.101sec.

Matt Plumb clocked sixth in Compass Racing’s McLaren 720S ahead of the second Acura of Christina Nielsen and the Riley Motorsports Mercedes-AMG GT3 of Ben Keating.