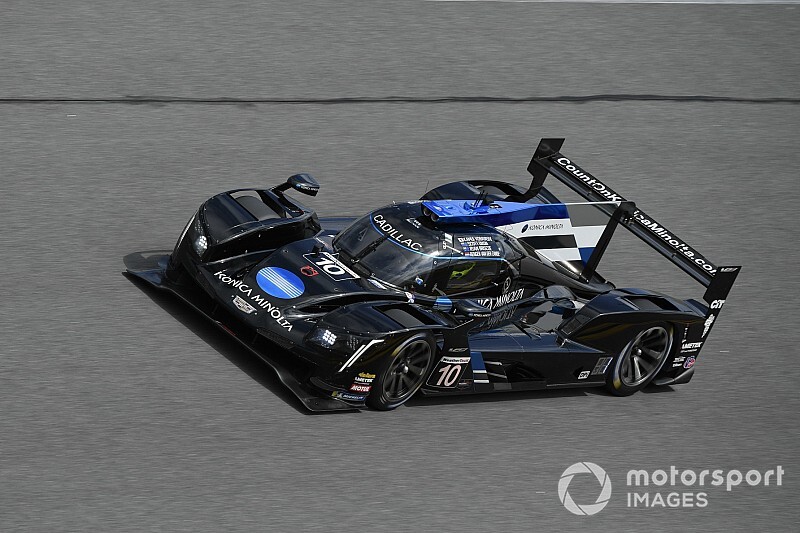 Former Formula 1 driver Kamui Kobayashi sent Wayne Taylor Racing to the top of the times in the seventh and final Roar Before the 24 session, as just 28 of the 40 entries participated.

Loic Duval was a further 0.4sec down in the #5 JDC-Miller MotorSports Cadillac, with Matheus Leist fourth in class piloting the sister #85 Caddy.

In the overall times, however, Leist was separated from third fastest by a strong effort by Nicolas Lapierre in the LMP2 Tower Motorsports by Starworks Oreca. Harrison Newey’s best effort in the DragonSpeed entry was next best in class.

Neither of the Penske-run Acura ARX-05s took part in the session, and nor did the #55 Mazda or the #31 Action Express Racing Cadillac.

All seven GT Le Mans cars tested, with Earl Bamber heading teammate Matt Campbell by 0.178sec to lead a 1-2 for the Porsche 911 RSR-19s.

Alvaro Parente topped GT Daytona in the #57 Heinricher Racing with MSR Acura NSX GT3, but only 0.070sec ahead of the GRT Magnus Lamborghini Huracan of Andy Lally.