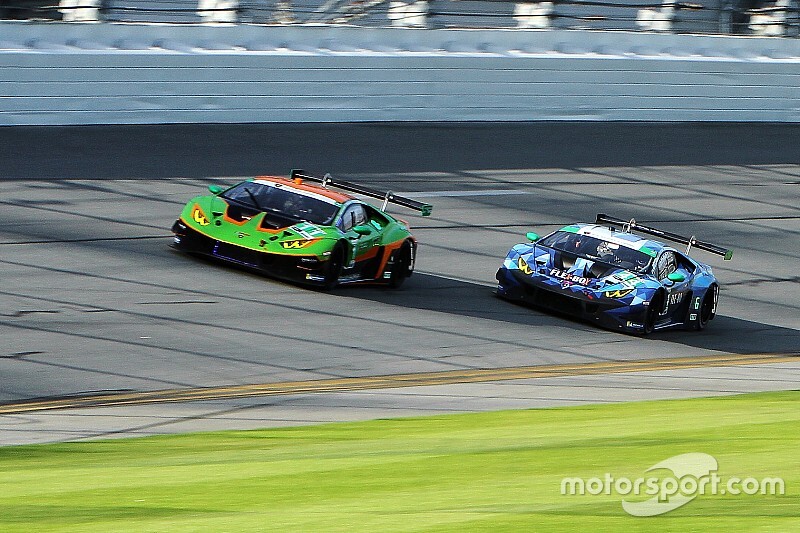 Following yesterday’s Roar before the 24 qualifying session, four of the five GT Daytona-class Lamborghini Huracans have been moved to the bottom of the order following a technical error.

The three Grasser Racing Team entries – GRT (#11), GEAR Racing powered by GRT (#19) and GRT Magnus (#44) – along with the #47 of Precision Performance Motorsports have been moved to the bottom of the list for being out of compliance with IMSA WeatherTech SportsCar Championship technical regulation 9.11.5c regarding Daytona gearing.

This means they have been moved to the back of the class as per Article 22.7.1 of the IMSA sporting regulations, and so these four teams are thus left lowest priority when it comes to picking pit stalls and garages.

The technical regulation states that the ‘declared Daytona gear set must be used for Daytona events’. This is because there is a specific gear stack for Daytona that needed to be used at the Roar and instead the four aforementioned cars were using the gear stack that the Huracans use in the other rounds of the IMSA WeatherTech SportsCar Championship.

The #48 Paul Miller Racing Lamborghini was using the correct Daytona-specific stack, and was therefore not penalized.

In addition, the #38 Performance Tech Motorsports LMP2 entry has been moved to the bottom of the class times because it was qualified by Kyle Masson who is a Silver-rated driver. New for 2020 rules require every LMP2 entry to have at least one Bronze-rated driver and the car must be qualified by a Bronze driver.