Aston Martin: IMSA has "moved down the priority list"

Aston Martin Racing managing director John Gaw admits that an entry into the IMSA WeatherTech SportsCar Championship is no longer a priority for the British marque.

Aston stated on the race debut of its Vantage GTE contender's FIA World Endurance Championship race debut at Spa last year that it wanted its new machine to race in IMSA in 2019, potentially as part of a reborn works effort in the GT Le Mans class.

However, that failed to materialise, and the prospects of a Vantage being on the grid full-time in 2020 in any class in the North American series currently appear remote.

Gaw told Motorsport.com that while some prospective customers have expressed interest in running Aston Martins in IMSA's GT Daytona division, the rise of 'pseudo-works' teams in the category has made selling cars on a pure customer basis difficult.

Estimates for budgets in the GTD category range between $2.5m and $5m per annum, with varying levels of manufacturer subsidy.

"I’ve had a lot of interest in GTD, but there’s so much manufacturer investment in GTD, the numbers are crazy," said Gaw. "People are getting free cars, free engineering, technical support, spending millions. We don’t have that kind of budget.

"We’ve had lot of people talk to us, but if they are getting something for free from everyone else… it’s cheaper for us to just run a factory team."

Asked if Aston's forthcoming hypercar WEC project would impact the chances of an effort in IMSA materialising, Gaw replied: "There’s only so much money.

"It’s a question of priorities. It’s probably just moved IMSA down the list."

Gaw highlighted that WEC GTE Am stalwart Paul Dalla Lana could contest next year's Rolex 24 at Daytona again, but was unsure whether this would be in a Ferrari or an Aston. 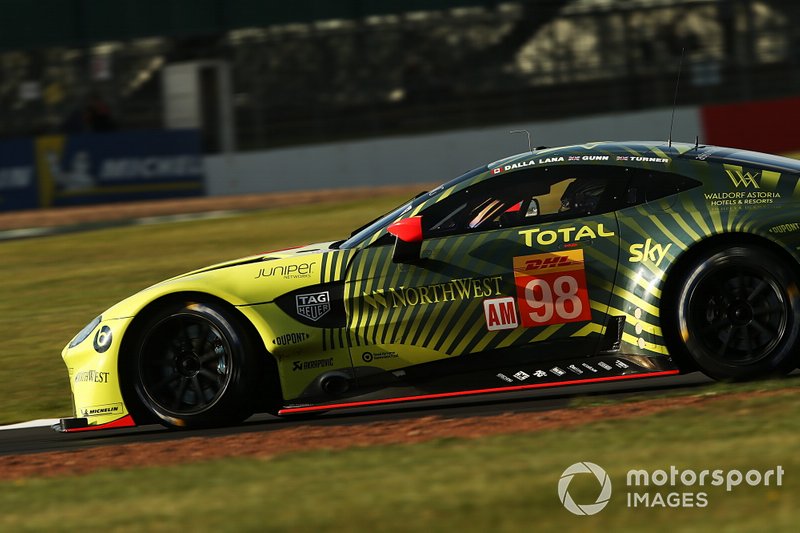 Porpoising like a "virtual barrier" to Aston Martin's F1 progress