The GT class winners in the Six Hours of the Glen IMSA WeatherTech SportsCar Championship were both stripped of victory long after the checkered flag flew on Sunday.

In each class, that handed victory to The Heart of Racing’s Aston Martin teams: in GTD Pro the #23 Vantage of Ross Gunn and Alex Riberas, and in GTD its #27 entry of Roman De Angelis, Maxime Martin and Ian James was handed the win.

The minimum drive time situation was clouded by a one-hour red flag near the end of the six-hour event at Watkins Glen due to lightning. The race was restarted with 35 minutes on the clock, which changed the minimum time that a driver could spend behind the wheel to one hour and 17 minutes. 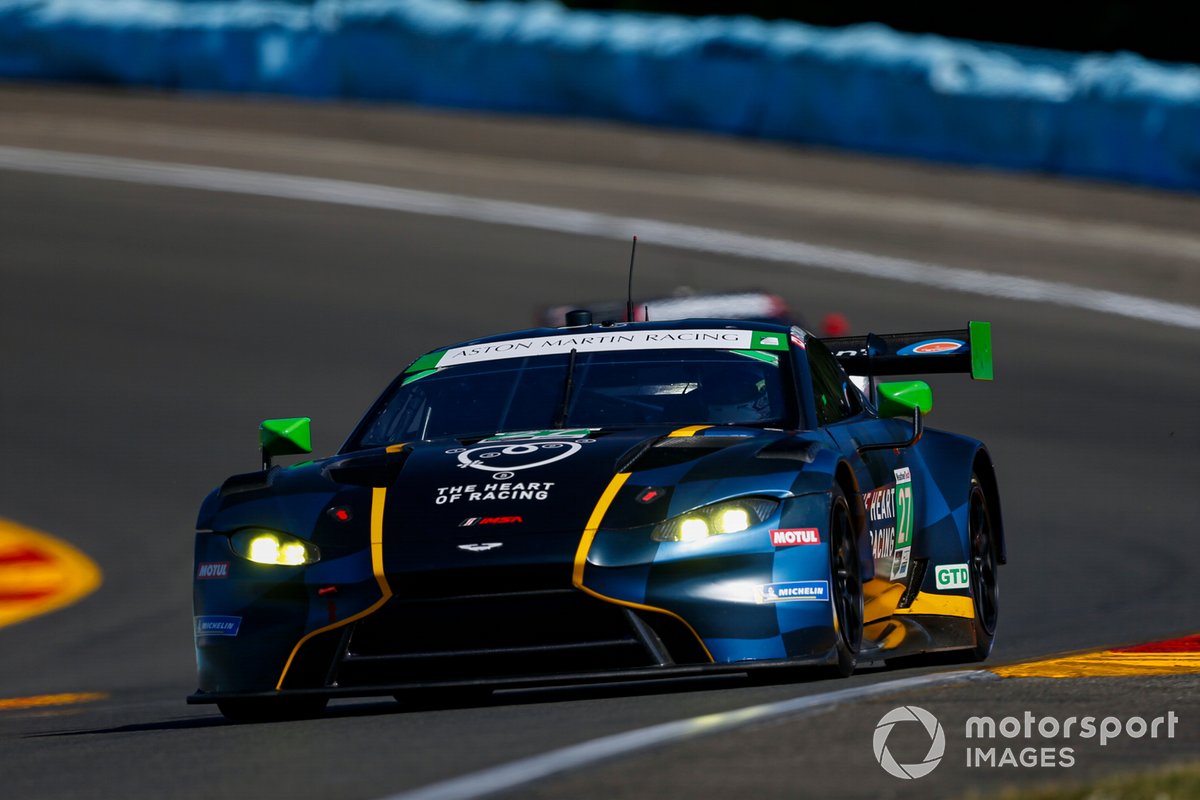 In the case of the #25 BMW, it was particularly galling as the car had won the race by a one-lap margin, while the #57 took a 3.1s victory before it was taken away by the stewards after their timing audit. Both cars were pushed to the back of their respective classes in the results.

“It’s still a little bit of a shock,” admitted GTD Pro winner Riberas. “Today we had very unusual circumstances, and that is in my opinion what makes IMSA racing so special and entertaining and unique. You just never know.”

GTD winner De Angelis said his car almost didn’t make it: “As I came to the last corner and got out of the throttle, we ran out of gas, so we coasted across [the finish line]. We got really lucky and so obviously, with the drive-time [penalty] everything worked out for us.”