GRT Grasser Racing will enter a second Lamborghini Huracan GT3 Evo in the four long-distance IMSA WeatherTech SportsCar Championship endurance races as it bids for a hat-trick of wins in the Rolex 24 at Daytona.

The Austrian team's #11 car will be driven by Lambo factory driver Franck Perera, Steijn Schothorst and Richard Heistand, who moves across from the AIM-Vasser Sullivan Lexus squad.

Albert Costa completes the line-up for the season-opening Rolex 24, in which Grasser secured GT Daytona class honors in both 2018 and 2019.

It follows the announcement of a full-season Grasser-run car entered under the GEAR Racing banner for Katherine Legge and Christina Nielsen, who will be joined in Daytona by Ana Beatriz and IMSA debutant Tatiana Calderon.

Team boss Gottfried Grasser said: “After twice being successful at Daytona, we’ve lined up an incredibly strong crew of four drivers for this season.

"We will do our utmost to achieve more great successes again for Lamborghini in the USA. I am particularly pleased that we will be fielding another car in the IMSA NAEC along with the GEAR Racing by GRT car.

"We are really looking forward to contesting all the classics like the 24 Hours of Daytona, the 12 Hours of Sebring, 6 Hours at Watkins Glen and Petit Le Mans. We are extremely proud that Lamborghini Squadra Corse will be giving us their full support in these races!”

Ex-IndyCar racer Perera was part of Grasser's winning Rolex 24 line-ups in both of the past two years, joined last time around by Mirko Bortolotti, Rik Breukers and Christian Engelhart.

“I am very pleased to be able to continue working with Team GRT Grasser Racing as I join them on the IMSA NAEC programme," commented the Frenchman.

"I’m already looking forward to the 24 Hours of Daytona where I lined up with Lamborghini in 2018 and it all kicked off with the first victory in a 24-hour race. I would like to thank Lamborghini Squadra Corse and Grasser Racing.”

Team owner Paul Miller commented: “We’re very excited and thankful to Lamborghini for allowing us to have Andrea back with the team for a fourth straight Rolex 24.

“Andrea has had an incredible year in Europe winning several championships, and we’re honored to have such a talented driver join the line up again for this year’s 24 Hour race.

"But more than just his driving skill, Andrea has become part of the Paul Miller Racing family over these past few years, and everyone looks forward to his annual return.” 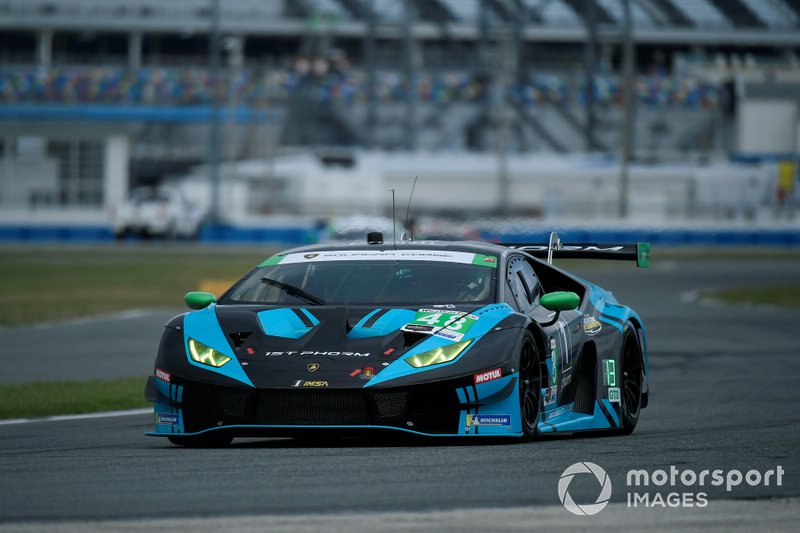