How Michelin is changing the face of IMSA races

Michelin made its debut as the tire supplier for the IMSA WeatherTech SportsCar Championship in January at Daytona – and the French firm's new products are already getting rave reviews.

Replacing Continental, Michelin has added IMSA to the growing portfolio of motorsport disciplines it is currently involved in, which includes MotoGP, the FIA World Endurance Championship, Formula E, the World Rally Championship and the Dakar Rally (via subsidiary BFGoodrich).

While IMSA's teams and drivers were able to familiarize with their new Michelin tires in testing, last month's Rolex 24 at Daytona marked the first real examination faced by the Clermont-Ferrand-based company – and it would be fair to say it passed with flying colors.

Not only were the first impressions of the drivers virtually unanimously positive, the new rubber played a key role in the searing pace set in both the Roar Before the 24 test and the race weekend itself.

Mazda Team Joest driver Oliver Jarvis broke PJ Jones' 26-year-old track record unofficially in the Roar with a 1m33.398s lap, and then did so officially with the 1m33.685s lap that gave him pole position. 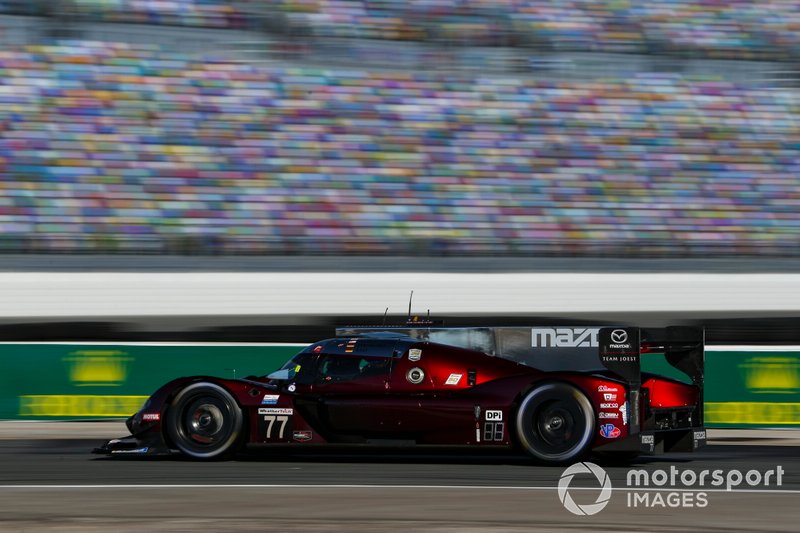 Jarvis's Mazda stablemate Harry Tincknell estimated that "there's probably at least a second and a half" of laptime gain with the new Michelin tires in comparison to the old Continentals at Daytona.

He added: "The warm-up of the tire is greatly increased, and the overall grip is quite a bit stronger, certainly mid-corner in the slow-speed corners you feel that. It's exciting for sure."

Action Express Cadillac driver Felipe Nasr described the new tires as "better all around – braking, traction, cornering, we gain grip all around", while Acura Team Penske's Ricky Taylor concurred with those assessments, saying: "I'm loving it!

"Michelin is one of the biggest tire manufacturers in the world. They are so quick to adapt to changes. When you give them feedback they know exactly what to do. Even though the tire is great out of the box, how quickly they develop it to give you exactly what you need has been a fun process."

Needless to say, this kind of initial feedback has gone down well with Michelin.

"We're delighted with the feedback we're receiving from the drivers, team engineers on the performance of our tires here," said Ken Payne, Michelin North America's Motorsport Technical Director in conversation with Motorsport.com at Daytona.

"We wanted to make the tire progressive, a good level of peak performance and minimal drop-off over a stint, and a nicely rounded traction circle – so you can trail brake into a corner, roll on the throttle as you come out of a corner, it can work well with a slip angle and not just in a straight line.

"The pace is quicker than we expected. We weren't targeting to shatter lap records – but we'll take it!" 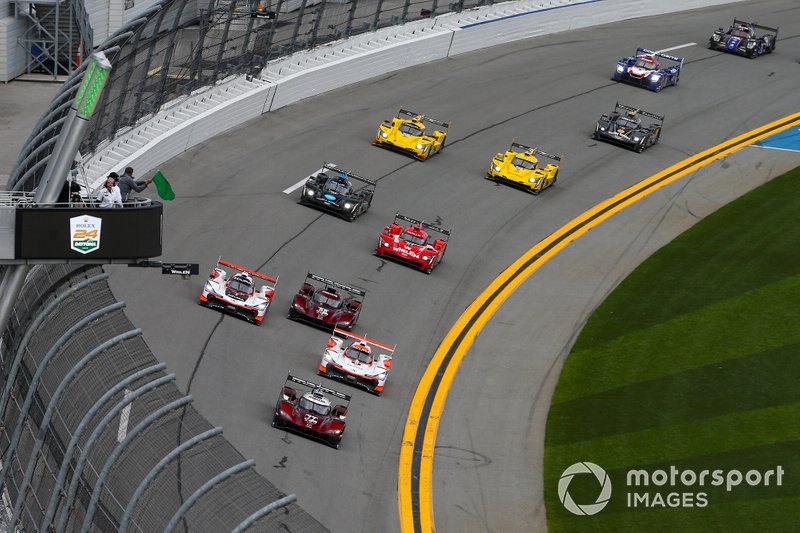 Payne described Daytona's hallowed 3.56-mile road course as a "unique animal" on the WeatherTech SportsCar Championship calendar, owing to the loads the tires have to withstand on the 31-degree banked oval portion of the track.

But, unlike Continental, Michelin opted not to build a specific tire for the Rolex 24, instead offering slightly stricter guidelines on pressures and camber settings than would normally be the case.

He said: "We have a relatively simple road course that is predominantly long-duration corners. Then you throw in the oval, where you have very high loads which put a very high demand on carcass durability. It's not terribly hard on tires from a wear standpoint as long as teams are prudent with their settings.

"We did not build a tire specific to this track. We've utilized what we recommend for pressure and camber limits to manage carcass endurance on the oval. The maximum camber limits and minimum pressures will be different to Sebring, where we will run the same medium tires."

Given IMSA's top DPi class is derived from the WEC's LMP2 division, Michelin was able to use that tire as the basis for its new offering, while the fact the GT Le Mans class is practically identical to the GTE category in Europe meant no changes at all were required. 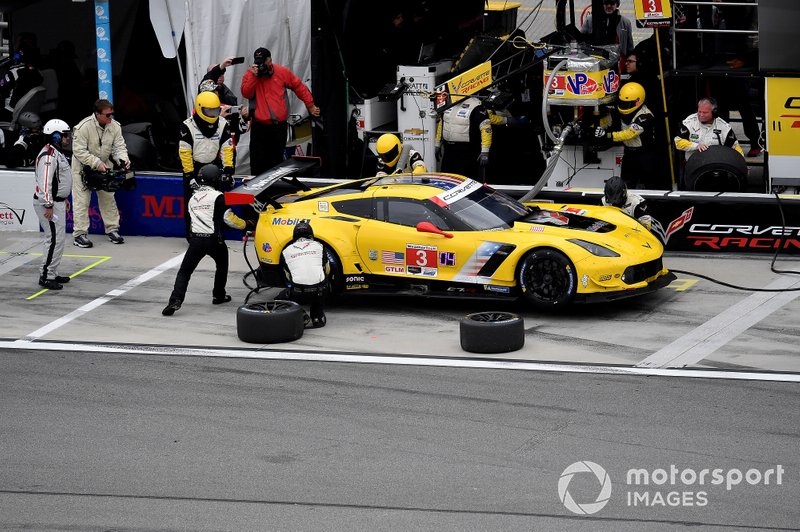 For GT Daytona, Michelin is employing tires from its commercial range of products, with the medium compound in use at Daytona being given the designation of 'S8M'.

"The tire we're using [at Daytona], the IMSA medium, is the LMP2 tire with some very minor modifications, predominantly the tread compound solution," Payne explained. "The unique characteristics of the circuits here would be better suited if we made some minor changes.

"In WEC LMP2, they have to battle other tire suppliers [Dunlop supplies the other teams]. We don't have to do that here, so we can be a bit more conservative to better suit the needs of the teams.

"In GTLM we are running the WEC solution – what's on Porsche here or BMW or Ferrari or Ford or Corvette are the same tires they use in WEC or at Le Mans. We're using the soft, which is mostly used at Le Mans, and the medium as well. There will be an IMSA-specific hard tire for Watkins Glen."

While IMSA rules mean Michelin gets to supply all teams in both prototype classes and GTD, in theory the GTLM division is an open-tire category, leaving the door open for a tire war.

Although there hasn't been any tire competition since the Walker Racing-run Falken Tire outfit exited the championship at the end of 2015, Payne says Michelin would relish the prospect of a return to competition in the class, however distant that might appear.

"We would be delighted to have another manufacturer join us in GTLM!" he smiled. "We were always pleased back in the ALMS days that Falken was running, they kept us on our toes.

"And we would embrace someone coming back to GTLM to race with us. It's part of the challenge and drives us to be better and better."

Any rival company would certainly have its work cut out to match the phenomenal effort made by Michelin, one that has already pleased IMSA insiders and fans alike after just one race weekend. 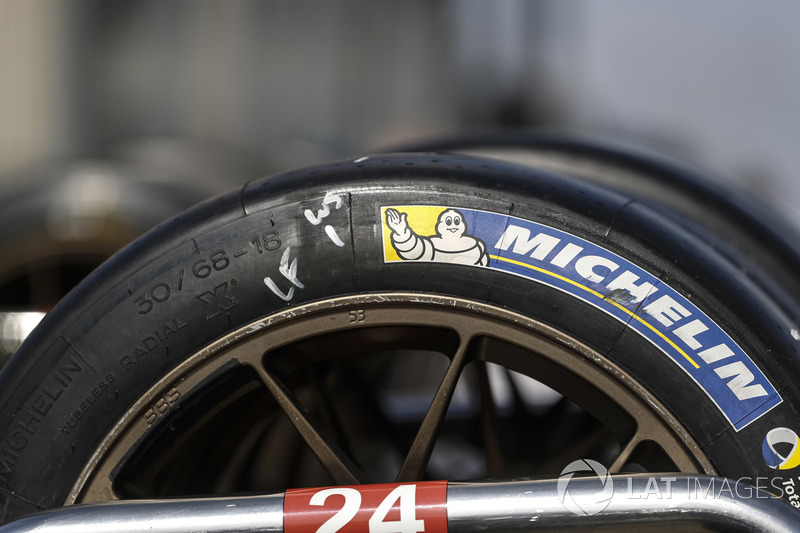 Why it’s time Le Mans took another look at DPi

Haas: Mazepin move on Schumacher at finish line a ‘misunderstanding’