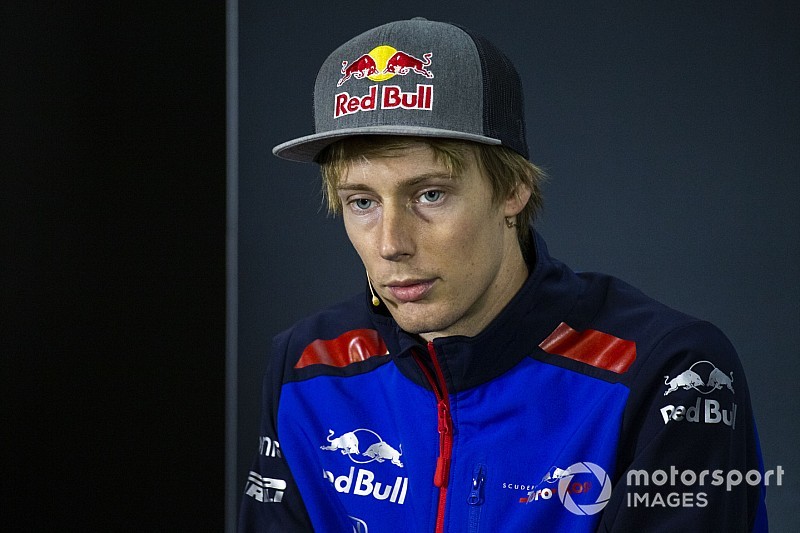 The New Zealander in effect replaces Christian Fittipaldi, who retired from top-level competition following his appearance in last month's Rolex 24 at Daytona.

It will mark Hartley's second Sebring start following his debut in 2017 with the ESM team in a Nissan Onroak DPi.

Mike Conway, who dropped out of AXR's Daytona lineup at short notice due to visa trouble, was unavailable as Toyota is forbidding its FIA World Endurance Championship drivers from racing in the IMSA event at Sebring.

AXR team manager Gary Nelson said: "With Christian deciding to retire, we needed to find another driver who is fast and a great team player, and Brendon has a great background and attitude that should be a great match with Joao and Filipe.

“We’ve followed Brendon through the years since we first saw him race so well in Grand-Am [in 2013], so we are glad that it worked out for him to join us at Sebring.”

Hartley will pull double duty at Sebring, as he is scheduled to take part in the 1000-mile WEC round, which takes place the day before the IMSA race, with the SMP Racing LMP1 team.

Standing in for the absent Jenson Button, the former Toro Rosso F1 driver will also race with SMP at the following WEC race at Spa in May, and is likely to contest the Le Mans 24 Hours with the RLR MSport LMP2 squad.

In addition, Hartley will be a Ferrari F1 simulator driver in 2019, and is also playing a role in Porsche's Formula E preparations in his capacity as a factory driver for the German marque.

BMW open to luring Mostert away from Supercars

How Michelin is changing the face of IMSA races