The United States is the first country where pro-level motor racing has restarted with NASCAR leading the way and the other major series IndyCar and IMSA set to follow in the coming weeks.

For the latest in the #ThinkingForward series we spoke to John Doonan, president of IMSA, which is part of the NASCAR family, about the confidence the restart has given to the racing community, the possibility of fans on site watching races in a “Drive-In” arrangement and also about the excitement of manufacturers for the new LMDh rules convergence between Le Mans and IMSA.

What's the response been like to racing restarting in the US so far? And as it was the first major pro sport to actually start up over there, has there been quite a big spotlight on it nationally?

There has been a huge positive response, certainly from motorsport fans, and I think in general, the entire sports community, certainly gives everybody a boost of energy. To know that there's a live show on television, whether it's the Truck Series, Xfinity Series or NASCAR Cup.

We're back as a sport, which is thrilling. And I think the other real positive is that we've been able to do it with restrictions but in a very controlled and safe manner. Outside of the masks and people being very sensitive to social distancing, and several other protocols, it was business as usual. The mechanics and teams were doing their work, getting the car prepared, pitstops just the same as it would be and we're trying to do the same get ready to go here on July 4 at Daytona. 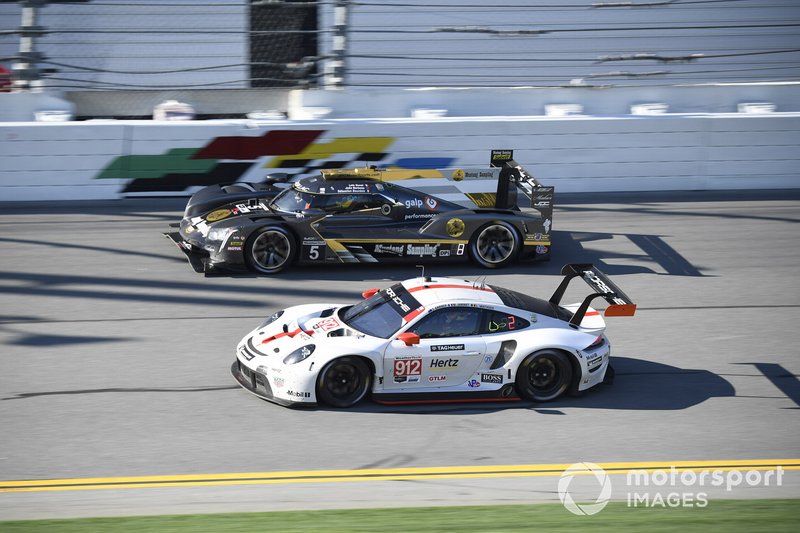 And so much of this is it is about building confidence, isn't it? We've got the same thing going on with Formula 1 trying to get restarted over in in Austria, what learnings can you pass on?

I think everybody is sharing protocols and understanding what it's going to take to get people into the facility. When people pull up to the facility, they've already got an app on their phone that will allow them to be scanned and approved based on their medical screening. They'll get a temperature check.

What's the roadmap to be able to host public events in the US in 2020?

Well, each of the states has different mandates. We are hopeful that somewhere around the first of August, there might be an opportunity to compete with fans at our Road America event. Also we are in deep investigations to possibly be able to have fans at some NASCAR events coming up, as well as our first event here on July 4 at Daytona.

Again, it'll be under strict guidelines where folks may be able to drive their car in and park and watch from there, or potentially, some seating arrangements in the grandstands that are separated, but there's a lot to still investigate there. As always, in motorsport the number one goal is safety. 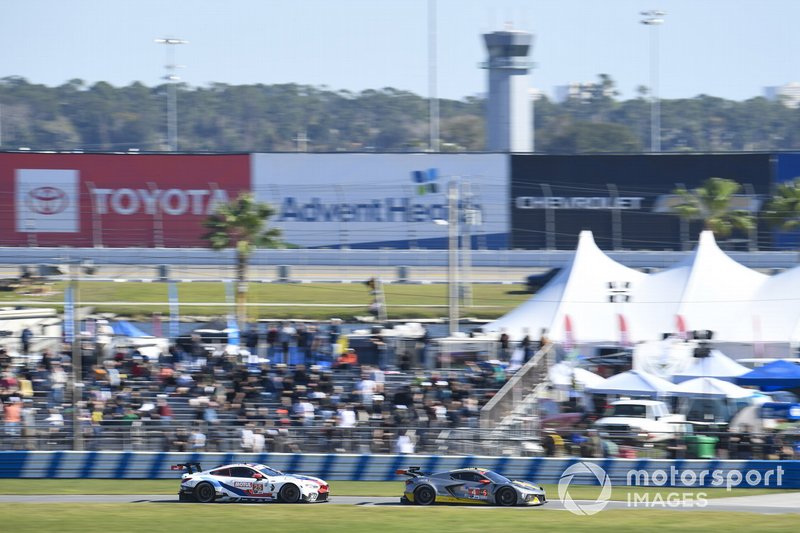 Manufacturers have really suffered in this crisis. What's your view on their participation in top level motorsport in future? The rationale to invest will always be there for them, but do you think their appetite is going to reduce in the short term?

Well, there's no question that the core business for the auto industry worldwide has been on a hiatus. But I gotta tell you we've got 17 manufacturer partners participating in either the WeatherTech Championship or Michelin Pilot Challenge. They have been eager and supportive of getting back to racing as soon as we can.

In addition to that, we made a great announcement regarding LMDh in the new top category of global prototype racing, and a convergence of regulations such that manufacturers can race on a global basis as well as a domestic basis and IMSA. While there may be a short term pullback in some respects on activation, mainly because of the health issues and making sure that we're safe, the interest and excitement among manufacturers that we've seen, especially on the long term is really high.

The format that we've been able to create with the ACO, which is a way to showcase a brand, racing for the overall victory, with brand design cues in the vehicle, at a cost effective manner, has really hit a sweet spot. 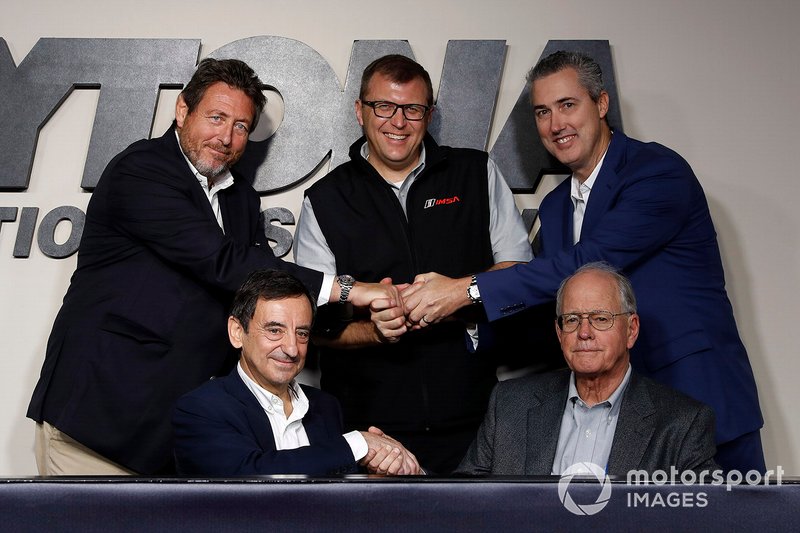 And how do you see the relationship with ACO and Le Mans evolving over the coming years? Because obviously, there's going to be a lot more opportunities down the road?

I think when we come together with technical regulations, that's the foundation. Now it's our collective responsibility, whether it's eSports and gaming, we have an opportunity now, collectively to grow our audience globally. We've got a loyal group of sports car fans that come out to LA and to Daytona and to Sebring and Spa.

I think now we've got a chance as a collective to introduce the sport to the next generation for sure. The marketing and communications piece, for me, is exactly how we're gonna grow this long term. And I know it's possible. Our sport has a very bright future ahead of it. 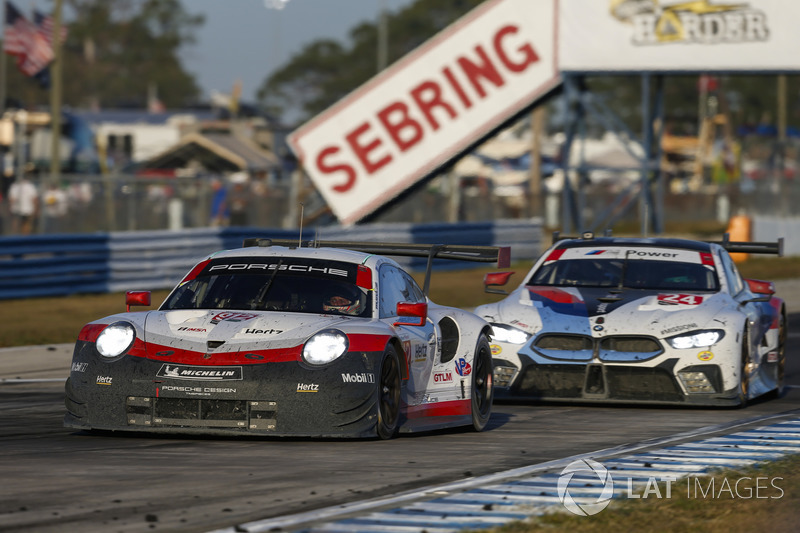 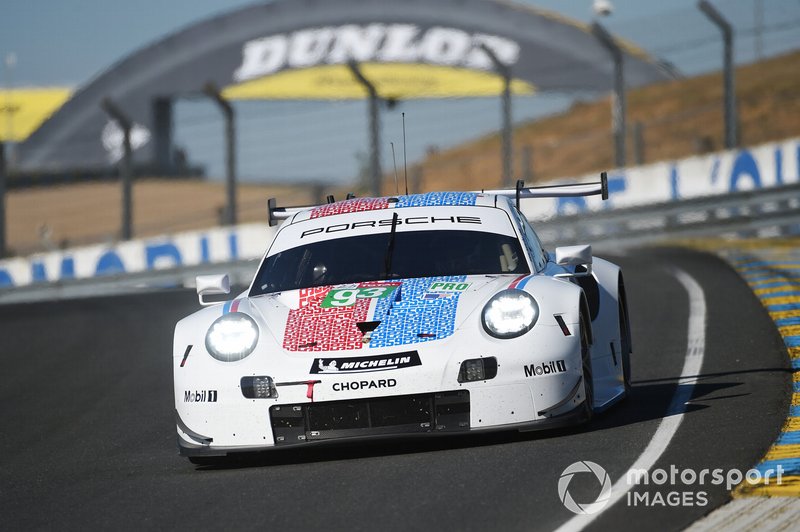 The best of the best, right? All the best manufacturers, all the best drivers, all the best teams coming together. Bill France had a vision that the best in the world come to Daytona and compete in an endurance format. And certainly, that's the case with Le Mans.

We had a significant number of IMSA teams receiving invitations to Le Mans this year.  You certainly have all the pieces in the making to have something that like you suggest. The biggest thing is cost and making sure that we could do such a thing in a cost effective manner.

But with rules convergence, it makes it even more possible knowing that manufacturers have the ability to make one investment, build one car to one set of specifications and be able to compete both in North America as well as World Endurance Championship. So I think the heart is there. We would love to see that type of programme on both sides. We need to find a way to do it in a cost-effective manner.

And finally, John, thinking a long way forward. I don't know if you saw but Stephane Ratel said on this series that he thinks that 10 years from now, modern motorsport will be pure electric and customer racing. What's your view and how pressing is the need to decarbonize racing?

Well, I think there's a stepped approach. You know, the internal combustion engine still has a lot of relevance, we believe, and there's still some efficiencies to be found. I think LMDh is the perfect example of that, where we have obviously an opportunity for the manufacturers to choose their internal combustion engine of choice. We've added the hybrid, a cost-effective way to look to that next step. And then the OEMs are really going to drive that step towards electrification.

And a lot of the manufacturers have given me the feedback that they have an internal combustion engine programme and they have a full electric programme. And they look for this sweet spot in the middle, which I think LMDh satisfies. So I think we're all going to see evolution.

And we will have the market speak to us and make sure that when we go to the racetrack whether it's our single make championships, or the Michelin Pilot Challenge production car based championship, or the IMSA WeatherTech series that we’re relevant, that we provide a platform for the automakers to showcase their brands, showcase their vehicle platforms showcase either current or future power trains. That's what we need to be as a sport. 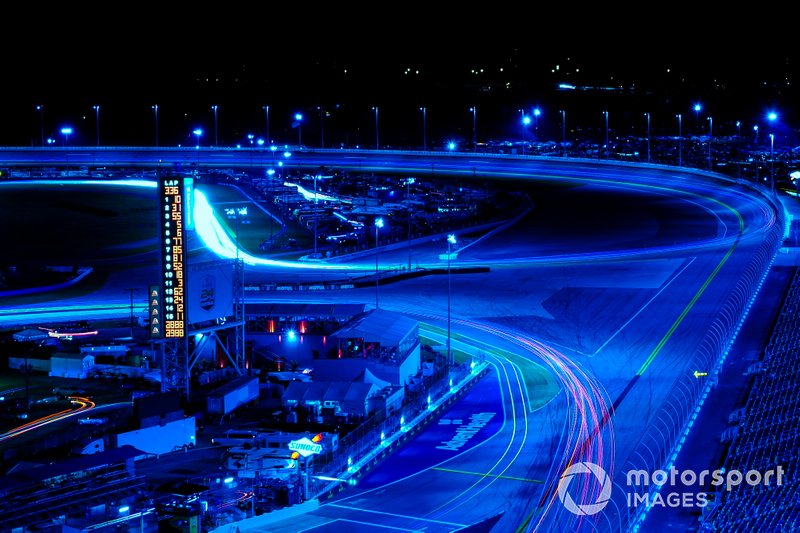