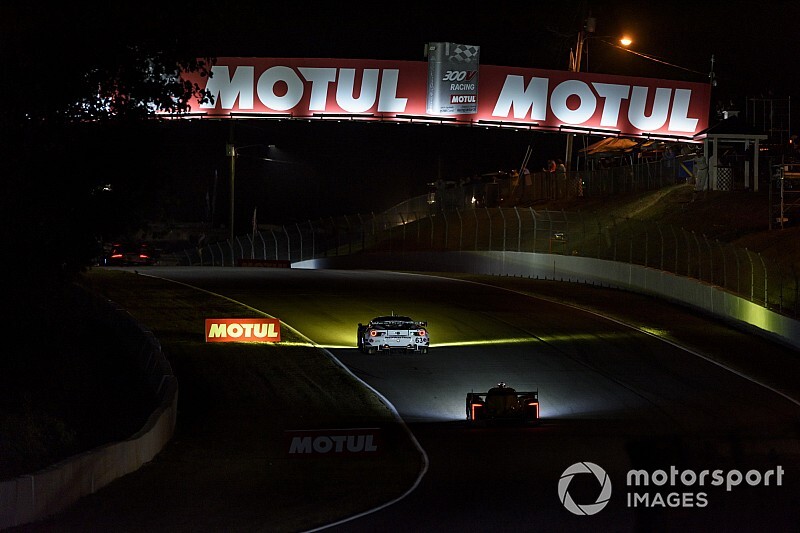 The #5 Action Express Racing Cadillac DPi-V.R was leading the IMSA WeatherTech SportsCar Championship finale, the Motul Petit Le Mans, after eight of the 10 hours, until making a pitstop handing the lead back to Mazda, while Risi Competizione has wrested the GTLM lead away from Ford.

However, the two cars were running slightly different strategies, so by the eight-hour mark the #5 Cadillac had ducked into the pits and was second, 56sec behind the Mazda.

In third but needing a stop is the Wayne Taylor Racing Cadillac of Matthieu Vaxiviere, ahead of Ricky Taylor’s #7 Acura Team Penske entry.

Felipe Nasr’s #31 AXR Cadillac has lost pace over the last hour and its most recent stop has dropped it to fifth, ahead of the conservatively-driving championship favorite Dane Cameron in the #6 Acura.

Alessandro Pier Guidi passed Richard Westbrook’s Ford GT to put the Risi Ferrari 488 GTE into the lead of GT Le Mans, about 20mins before the 8hr mark as the pair of them held a 10sec margin over Connor De Phillippi’s BMW M8 which has come alive as the temperatures have dropped.