Canada’s Pfaff Motorsports not only won the Mobil 1 Twelve Hours of Sebring at its second attempt, it also ensured Porsche scored its 100th class victory in the event.

The GT Daytona-class victory by Laurens Vanthoor, Zacharie Robichon and Lars Kern was of course not the only Porsche victory in Saturday’s event, the second round of the 2021 IMSA WeatherTech SportsCar Championship.

However, the car piloted by Mathieu Jaminet, Matt Campbell and Cooper MacNeil led its class for only 28 laps compared with the 211 of the #3 Corvette, which was spun and damaged while dueling for the lead with the #25 BMW, with less than a quarter-hour to go.

By contrast, the red plaid 911 GT3 R of Pfaff was in the victory hunt from the start of the race, its principal opposition coming from the similar car of Wright Motorsports, the #14 Lexus RC F GT3 of Vasser Sullivan Racing and the Paul Miller Racing Lamborghini Huracan GT3.

However, while the latter two were crashed into by other cars, ultimately ending their chances of victory the Pfaff Porsche stayed out of trouble and led 147 of its 320 laps.

And should it have encountered problems, the Wright 911, which also enjoyed a largely trouble-free race driven by Pat Long, Jan Heylen and Trent Hindman, would have been able to ensure Porsche earned its 100th Sebring triumph, as it came home runner-up, just a couple of seconds adrift.

“I’m just happy to see a 1-2 for Porsche in GTD and Porsche winning GTLM,” said Kern, who is a Porsche engineer. “I think it’s just the perfect race weekend for Porsche.”

Vanthoor, 2019 IMSA GT Le Mans champion and one of the factory Porsche drivers who has found a home in GTD for the endurance races since the factory team pulled out of the GTLM class, said the race went without a hitch.

“It went really, really smooth,” he commented. “We had a really good car. We had it in Daytona as well, but we made mistakes. We did a flawless job [at Sebring] and everything went perfect. That’s the way you win races.”

Robichon explained that the win was especially satisfying having only competed in two rounds in 2020, due to the Canadian Pfaff team facing travel restrictions because of the COVID-19 pandemic.

He said: “It’s pretty special, especially after last year. It was a difficult year for the team. Obviously, we didn’t race very much.

“So to come back here in only our second race back, so to speak, and end up in victory lane – at Sebring, no less – is pretty special.

“The race was almost going too well at one point. It felt like something had to go wrong and, luckily, I was wrong. Nothing went wrong.” 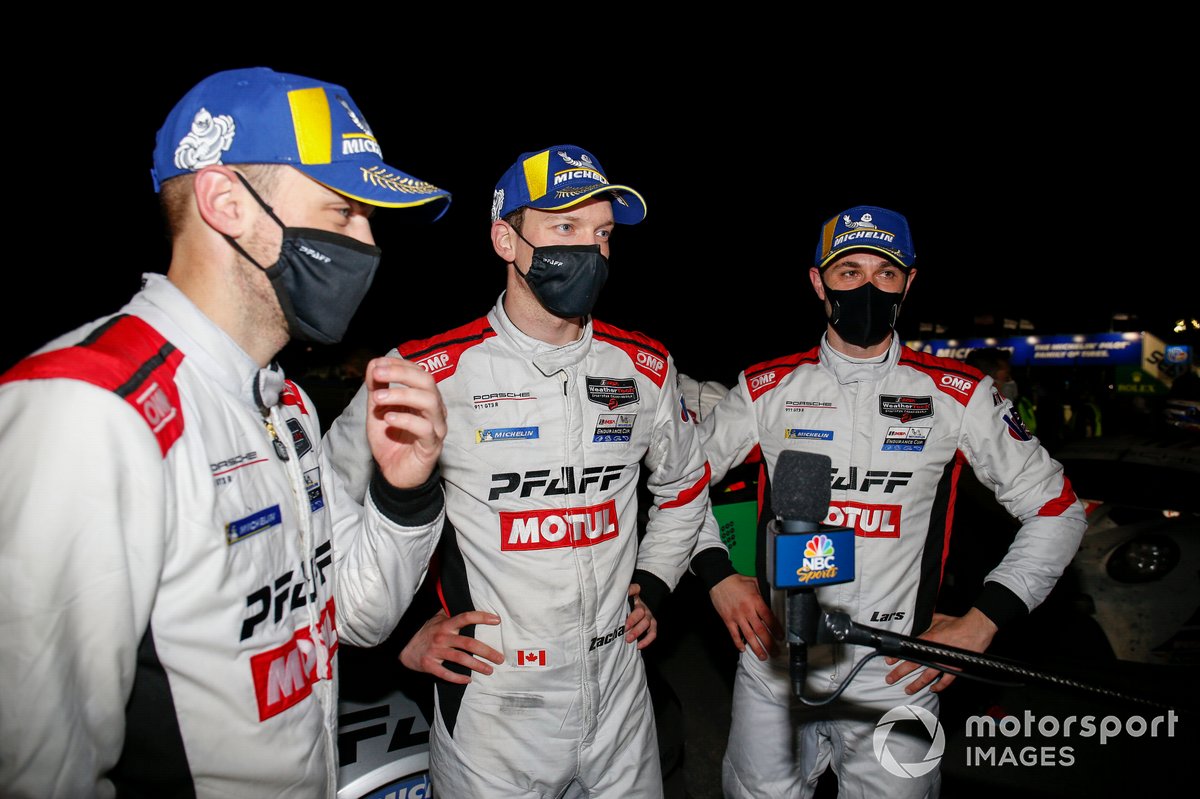 More from
Laurens Vanthoor
24 Hours of Nurburgring
Video Inside
Endurance

Vanthoor: Porsche treating DTM like any other customer programme