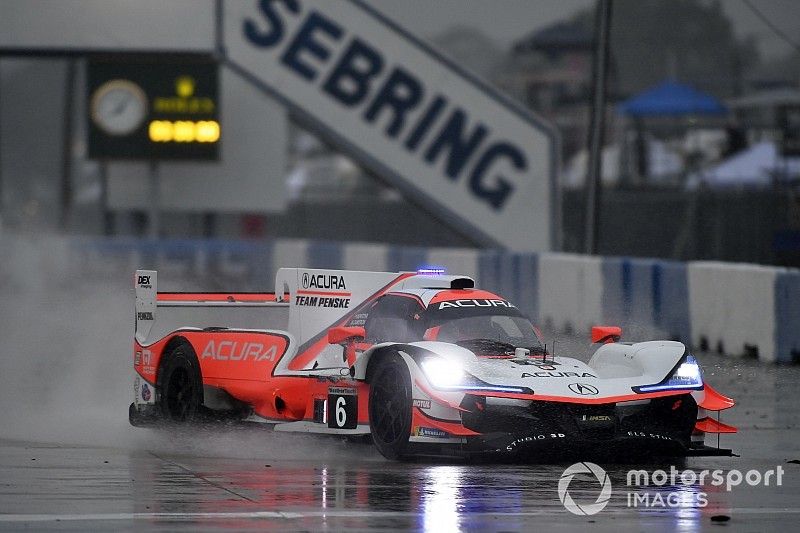 The 67th running of the Mobil 1 12 Hours of Sebring started under caution as heavy rain hit the Florida airfield circuit Saturday morning.

After a red-flagged morning warm-up session in which only four cars set laptimes in the treacherous conditions, the race began on schedule at 10.40am behind the safety car.

Polesitter Dane Cameron led the field in the #6 Acura ARX-05 ahead of Tristan Nunez in the #77 Mazda RT24-P, Helio Castroneves in the #7 Acura and Filipe Albuquerque in the best of the Cadillac DPi-V.Rs, the #5 Action Express Racing car.

LMP2 was led by Matt McMurry in the PR1/Mathiasen Motorsports Oreca, while heading up the GT Le Mans field was Patrick Pilet in the #911 Porsche 911 RSR.

The sister #912 Porsche which had qualified second was moved to the rear of the GTLM field after Laurens Vanthoor failed to drive to scrutineering directly after qualifying on Friday.