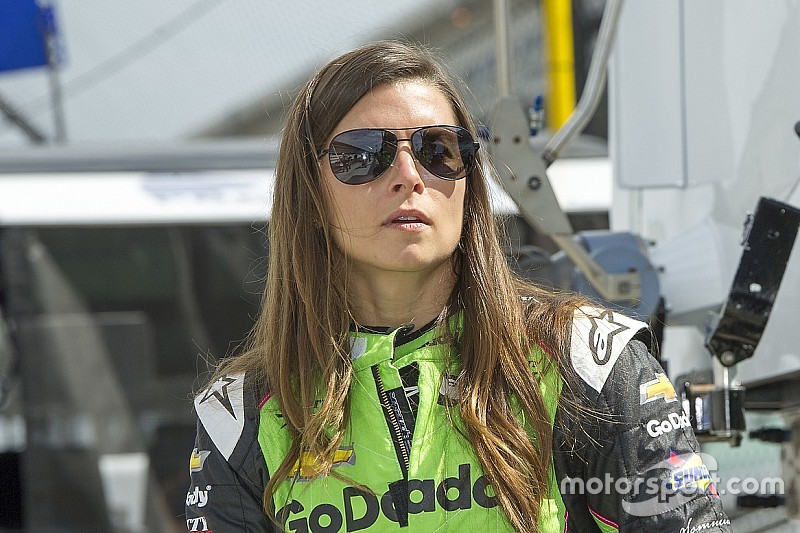 Danica Patrick will become a studio analyst for NBC Sports’ inaugural coverage of the Indianapolis 500, it was announced today.

Roscoe, IL.-born Patrick, will be part of the pre-, in- and post-race coverage on May 26 alongside host Mike Tirico, but will also participate in the coverage of Indy 500 Pole Day on Sunday, May 19.

Patrick became a star at Indianapolis Motor Speedway in her rookie year of 2005, qualifying fourth, leading laps (the first woman to do so) and finishing fourth. Four years later, she finished third in the race, beaten only by Helio Castroneves and Dan Wheldon, both multiple winners of the event.

In between these occasions, she won the IndyCar race at Motegi, Japan, becoming the first woman to win a race in a major open-wheel series.

Although Patrick didn’t find similar success in NASCAR following her switch at the end of 2011, she did take pole for the 2013 Daytona 500.

Patrick, who turns 37 next week, wound up her racing career last year by racing in NASCAR’s Daytona 500 and the 102nd Indy 500, and while she crashed out of both events, he qualified her Ed Carpenter Racing-Chevrolet in the Firestone Fast Nine, ahead of both Castroneves and Scott Dixon.

“The Indianapolis 500 holds a very special place in my heart,” said Patrick. “The moment I drive into the facility, I’m flooded with positive emotions. I have no doubt it’ll be the same this year when I come back as an analyst.

“To be on the NBC Sports team with Mike Tirico will be an honor and I look forward to adding my unique perspective. I’ve been in the race eight times, including last year, so I’m familiar with the dynamics within IndyCar after being away for seven years. To me, Indy feels like home.”

Patrick has served in the studio analyst role before, working for Fox Sports’ coverage of NASCAR Xfinity races in Michigan, Pocono and Talladega while still an active driver.

Sam Flood, executive producer and president, production, NBC Sports & NBCSN said: “Danica has a perspective unlike any other driver in the history of motorsports and will be a great addition to our first-ever coverage of the Indy 500.

“She has proven to be as fearless with her opinions and analysis as she was in breaking barriers while racing in the most competitive motorsports circuits in the world.”