Hinchcliffe: We were strong in 2018, now we’re even better

James Hinchcliffe is bullishly confident about Arrow Schmidt Peterson Motorsports’ chances ahead of the 2019 season, believing work over the last nine months will allow them to threaten IndyCar’s top three teams. 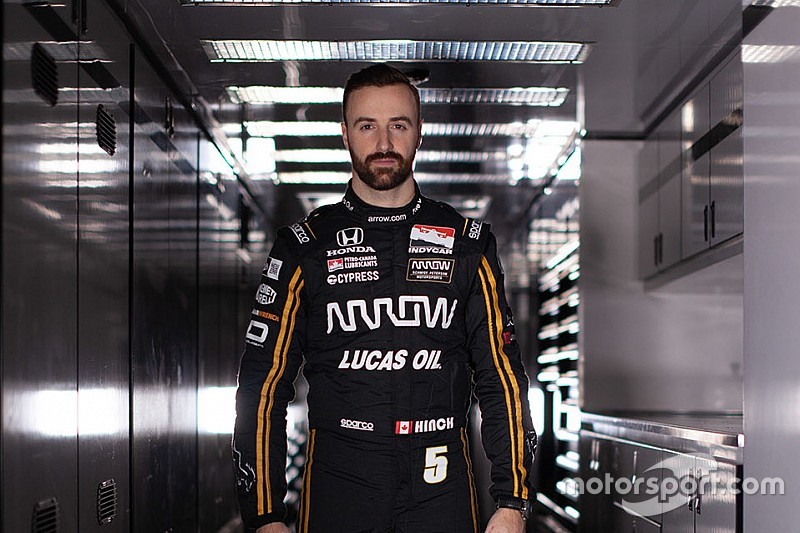 Had it not been for Hinchcliffe’s DNQ at the Indy 500 [which pays double points] and Robert Wickens’ injurious shunt at Pocono that ended his season three races early, SPM’s drivers would likely have both finished in the top eight in the championship, rather than 10th and 11th.

But Hinchcliffe, whose most recent of six IndyCar victories came at Iowa Speedway last year, believes the rebranded Arrow SPM team is ready to fight with Ganassi, Andretti and Penske on a more regular basis.

He told Motorsport.com: “If you look at the improvement we made in 2018, that was Step 1. We put together a five-year plan of how to make this team a consistent championship contender and all we’ve done over the winter is get better.

“We’ve moved personnel around, we’ve brought in some new people including a great replacement in the other car [former F1 driver Marcus Ericsson] with a lot of open-wheel experience, and we’ve been developing a lot of things in the background since mid-way through last year, that we’ll start to see pay dividends now.

“So all the pieces are there so that we can be knocking on the door of the ‘Big Three’, and we’re really excited to get to St. Pete and see where everyone stacks up.”

Hinchcliffe, who topped this week’s 11-car test at Sebring said that last year’s stats provide a misleading picture when identifying which areas the team needed to focus on improving for 2019.

“If you look at the raw data, it was superspeedways where we needed the most work,” he commented, “but that’s skewed by the fact that we had our issue at Indy, Robbie crashed at Texas when he was running near the front, and then there was our double DNF at Pocono – but again while running up front.

“In fact, every type of track during the year, we were running up front but not necessarily at every venue. And I’d say street courses were actually our weakest, although we weren’t terrible. It’s just that relative to the others, I’d say our street course performance dropped compared with 2017, when it was probably our strongest type of track.

“So that’s definitely an area we want to correct – although of course improving at Indy is priority No. 1. There’s been a lot of time, lot of energy, a lot of effort spent on trying to get as quick as possible for when we get back to the Speedway.”

Regarding his devastating DNQ there last year, Hinchcliffe said the problem still hasn’t been fully identified.

The 2016 Indy 500 polesitter explained: “It’s still a bit of a mystery, but it was a combination of things. Obviously we know what happened on our final run [tire vibration] but explaining the general lack of pace we had all week is still not known, so it’s back to square one. But we have a lot of smart people in our building and we’ll figure it out.”

The Honda engines appeared to lack Chevrolet’s top-end power at Indy last year, even though the HPD units had clear advantages elsewhere, such as torque out of medium-to-slow corners on street and fuel consumption on all types of track. Yet before season’s end, Honda earned its first Manufacturers’ title in the twin-turbocharged era.

Asked if he believed Honda had been focused on trying to regain its preeminence at Indy or was again looking at season-long performance across all types of track, Hinchcliffe joked, “Yes! That is the short answer – both.

“The longer answer is that the data doesn’t lie and Honda know exactly their deficit at the Speedway, and so everyone at HPD is hell-bent on trying to close that gap.

“I think our superior driveability gave us a big advantage on street tracks and some of the road courses as well, but there’s no doubt at the top end of the rev range, highlighted by the superspeedways, we were down a bit.

“So that has been a focus for them. They had a plan in place long before the off-season, but the engine manufacturers are pretty limited in what they can do this year in terms of the areas where they’re allowed to develop, so they’re thinking outside the box to close the gap.

“The good thing is that Honda’s reliability improvement from 2017 to 2018 was incredible and played a huge part in them winning the Manufacturers’ title. The other guys blew up motors left, right and center – I think each Penske guy went through seven motors!

“So it is a balancing act: the other guys won the 500, but I’m not sure they ended up looking too great in the grand scheme of things. That’s what we suffered in 2017 – it’s an ebb and flow situation.” 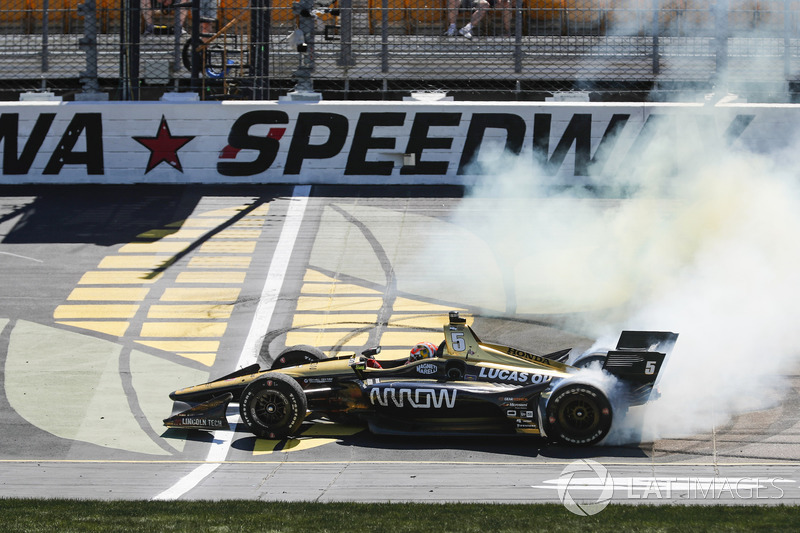