Scott McLaughlin says his IndyCar debut was "awesome" despite crashing out of the St. Pete race. 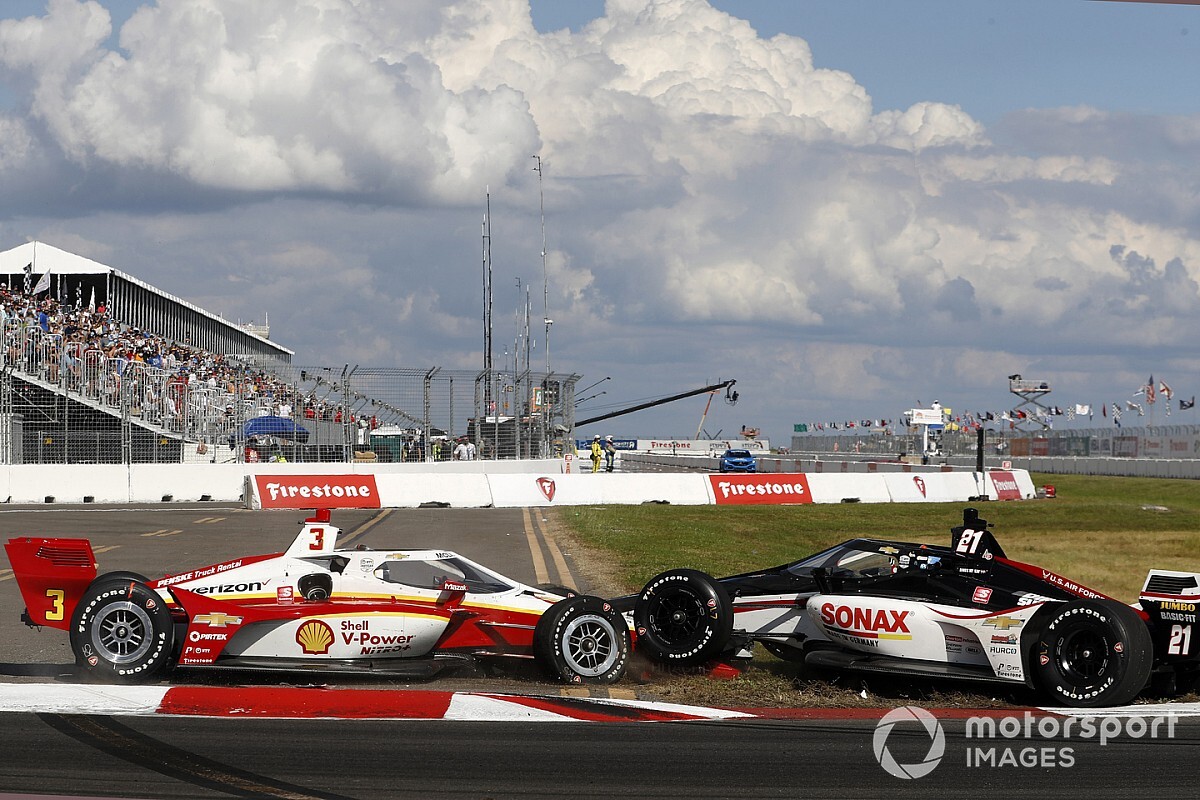 McLaughlin, who will join Team Penske full-time in the US series next season, made steady progress in the first half of the race, moving from his 21st starting spot to 17th.

However his cameo appearance came to an abrupt end on a Lap 47 restart, an attempt at passing Marco Andretti leading to contact that tipped the Kiwi into a spin.

That left him him in the path of Rinus Veekay, the subsequent damage forcing the Supercars champion out of the race, while the Dutchman was able to continue.

Despite not seeing the finish, McLaughlin was happy with his long-awaited IndyCar debut.

“It was awesome. Far out, best day of my life bar my wedding,” McLaughlin told the TV broadcast.

“The Shell V-Power Nitro+ IndyCar was going well and then I just tried to make a move, I tried to block Marco.

“I felt like I was there or thereabouts and just had half a rear-lock, I’m not exactly sure. Cold tyres caught me out a little bit.

“Pretty disappointed but I had a lot of fun today.”

Dixon elated with sixth title, for Newgarden loss is bittersweet