NTT IndyCar Series championship leader Josef Newgarden has again admitted his error on the final lap at Mid-Ohio and says he’s been working on restraining himself during his time with Team Penske-Chevrolet.

The 2017 champion leads the 2019 IndyCar title race by 41 points over Andretti Autosport-Honda’s Alexander Rossi and 42 over his own Penske teammate, the 2016 champion Simon Pagenaud.

Given that the Laguna Seca race, like the Indy 500, is worth double points, even were Rossi to score the maximum points possible – 100 for the win, 1 for pole position, 1 for leading a lap, 2 for leading the most laps – a fourth place for Newgarden would see the #2 Penske driver clinch his second title by one point.

Should Newgarden miss out on the crown, however, he may look back on his Mid-Ohio blunder as one of the opportunities that got away. Running fourth heading into the final lap, he made a late lunge on third-placed Ryan Hunter-Reay as they passed the apex of Turn 2’s fast hairpin. Newgarden’s left-front wheel made contact with Hunter-Reay’s right rear, and the Penske looped into a sandtrap on corner exit, and could not be extricated until after the checkered flag when the AMR Safety Team towed him out.

The demotion from fourth place to 14thsaw him take home 17 points rather than 33 that day.

“I've been known to have my moments in the car,” said Newgarden in a media conference today. “Mid-Ohio was definitely one of them.
“The problem is I just can't help myself sometimes! My nature is to always go for a higher position. I've had to work on pulling myself back. I think I've learned how to do that in a lot of ways over the last couple years. I've been able to do that. I feel confident that my approach can be good.

“But you can see how quickly decision-making can turn from a potential positive to a really big negative. That's what it's like in the top level of racing. It can go from good to bad really quick. I think that's what makes it entertaining and exciting. That's what makes it thrilling – when you get it right.”

With a restrained but respectable recovery drive from 13thon the grid to fifth at IndyCar’s last round, at Portland International Raceway, Newgarden was able to restrict third-placed Rossi’s points gain over him to just five points, but said the 41 point margin didn’t leave him feeling comfortable. Ten days on, the 28-year-old Henderson, TN. native is seeing the more positive side of his advantage.

“The positive thing is, I do feel like we control our own destiny… If you'd asked me if I'd rather be 41 points or 41 points down, you're always going to choose being 41 points up! It's just a much better place to be.

“But having said that, with the double-point situation, it still has to go extremely well because of the way it changes the nature of the finishing positions and the points payouts.

“Certainly I think with Team Chevy, they've given us all the confidence in the world. Every race this year we go to we feel we get what we need from them. The communication has been excellent.

“I feel like we have the right people in our corner. We just need to make sure that we go and execute now.”

Saluting race engineers past and present 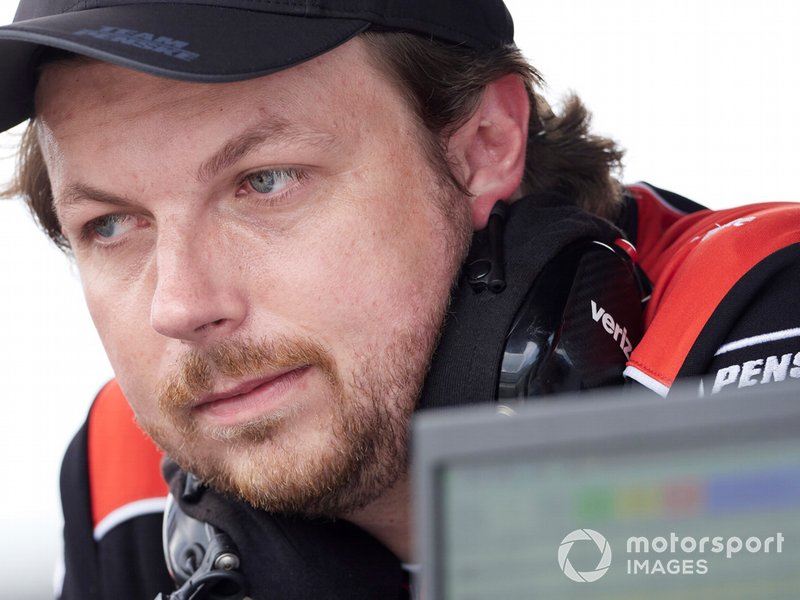 Gavin Ward, ex-Red Bull Racing Formula 1 engineer, learned the IndyCar ropes at Team Penske last season, and this year replaced Brian Campe as Newgarden’s engineer, taking up a more raceshop-based role as engineering coordinator. Campe, who had previously engineered Juan Pablo Montoya on the Colombian ace’s return to IndyCar racing with Penske, 2014-’16, then engineered Newgarden in 2017 (winning the title) and ’18.

Ward has also excelled with Newgarden, scoring four wins together this season – a tally that cannot be beaten, and which only Pagenaud could match by next Sunday evening.

“I feel like I always get to work with the best,” said Newgarden. “I've not had a bad engineer, I can tell you that. I work with a lot of really talented people. I've had that from the beginning of my IndyCar career till now.

“Gavin has been a lot of fun to get to know, become friends with, become colleagues with. He's just a tremendously talented and motivated individual. I think he's got a great attitude.

“But not really different than what I had the couple of years before. I had a really good pairing with Brian Campe. I wish we could have continued that, but Brian has a family, priorities on his end that he had to look after. Gavin has just filled the role as beautifully as he could. He's done a great job.”

Regarding Ward’s F1 experience, Newgarden commented: “I don't think he works vastly different than most open-wheel engineers that I've been with before. But he definitely brings a different perspective having worked on slightly different open-wheel cars.

“At the end of the day you're kind of looking for the same things. I think we've learned his [F1] experience is very similar in a lot of ways to IndyCar. But there's just small perspective differences that he's brought to the team.And vice versa – we've had to teach him some things that he didn't know before either.

“It's just been a really good marriage. I think it's been good for myself and for the team as a whole to try to drive us forward.” 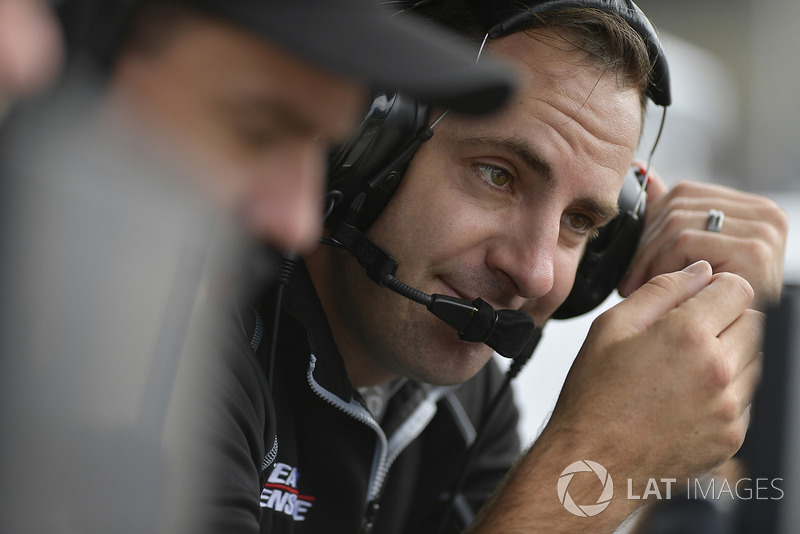 Newgarden: Last-gasp victory was “coolest win I’ve ever had”

Power on pole: You don’t even know if you’ll get another one