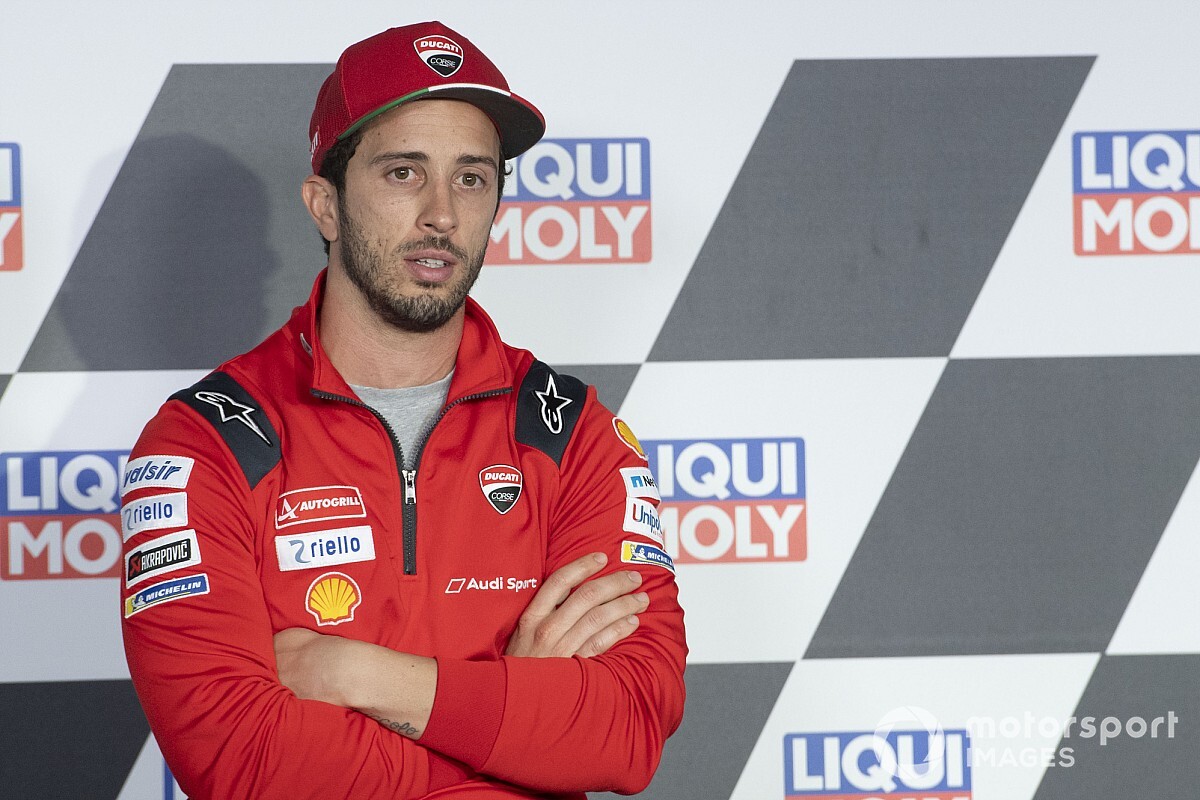 Ducati endured a tough Aragon GP round owing to the cold conditions, with Dovizioso controversially knocked out of Q1 and only salvaging seventh in the race – although he remains only 15 points off the championship lead.

On Thursday, Dovizioso branded the second Aragon weekend as “very important” for his title bid, but was slow in both sessions on Friday – with all GP20s outside of the top 16 – having struggled with the wind and “some small issues” in FP2.

Dovizioso believes Ducati’s practice result isn’t the true picture, as he didn’t do a soft-tyre time attack, but concedes the lap time deficit is still “too big”.

“The pace they did today was something unreal, the two Suzukis are working and they are fast. The problem was we didn’t make any step forward and we keep struggling with the wind. And also, we had some small issue in the afternoon, that’s why I couldn’t ride a lot and we couldn’t put a lot of laps on the soft tyre.

“That was our target, for sure we have more potential on the soft. To be sure of that you have to make 23 laps. I think we did the same speed as we did last week and most of the competitors did more.”

Of his chances from here, he added: “For sure we can be a bit [further] forward, but the gap is too big. We can be in a better position and tomorrow for sure we can fight for the top 10.

“But our target is not to be in the top 10, it is to fight on top. That is the limit and that is our problem; the position isn’t the problem right now.”

Pramac’s Jack Miller was last on the combined times having had his best lap time deleted, but didn’t push for a time attack at the end to focus fully on race pace and felt the GP20 was working fine – though struggled with cold tearing on the soft tyre.

“The bike’s working good, just went out there and pushed for race pace,” he said. “But on the soft tyre with the temperature the way it is, the soft just doesn’t seem to work that fantastic.

“But it was better than it was last weekend. We found something with the bike that made me more comfortable.”

How real is the Honda MotoGP threat at Aragon?