Ahead of the start of official MotoGP pre-season testing, rumours are rife that Ducati may have made another big step forward with the design of its 2020 machine. German Garcia Casanova investigates.

At the November tests at Valencia and Jerez, Ducati rolled out a prototype Desmosedici GP20 that the Italian marque said was not definitive, arguing that it did not want to give its competitors any ideas about the innovations it is planning for the new season.

Its position fuelled rumours that the engineers in Borgo Panigale are preparing the odd ‘surprise’ on what is potentially a revolutionary new bike.

The machines that appeared at the Ducati team presentation in Bologna on January 23 were '19 versions with updated parts that had already appeared in the November tests, but they were not the '20 incarnation of the Desmosedici.

The Italian factory’s famous racing department has always been known for being innovative when it comes to updating its MotoGP bike – especially in recent years. The aerodynamic ‘wings’ were the most obvious addition, but not the only one.

Last year Ducati introduced a ‘holeshot’ system that allowed the riders to briefly drop the suspension at the start, before the setting reverted to its normal height in the first braking zone. So far, no other factory has copied it, although it does seem that Yamaha will do so in 2020, whilst work continues in Borgo Panigale to further refine the original.

Alex Rins made a comment on the subject following last season’s Malaysian Grand Prix that raised a few eyebrows. The Spaniard was involved for several laps in a back-and-forth battle with Jack Miller, after which the Suzuki rider was convinced that the Australian was able to drop the rear height of his Ducati entering the track’s two long straights, before the bike returned to its usual position in the twisty sections.

At the final round of the season at Valencia, Motorsport.com asked Rins to confirm his suggestion.

“At Sepang I was fighting with Miller for a few laps, we were really close and I could see his bike drop ride height on the straights. When he got to the corner, it lifted again,” explained the Spaniard, absolutely convinced. 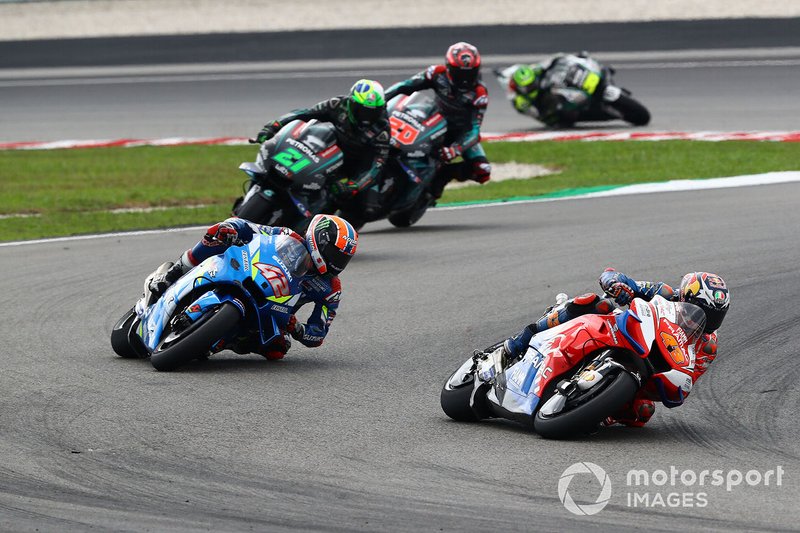 Up to now, the only visible sign on the Ducati was a switch on the central dashboard, which the riders use to drop the suspension height at the start, an operation that could only take place whilst stationary. Once the brake was activated in the first corner, the rear of the bike would pop up like a spring and return to its normal position.

However, the conviction of Rins is enough to make you wonder if Ducati has successfully developed the ‘holeshot system’ idea further, allowing the rider to use it not just when stationary but whenever they please.

Using electronics to adjust the ride height of a motorcycle is not a particularly difficult thing to achieve, but it is prohibited by the rules. A mechanical system, however, is not.

“In this life everything is possible but honestly, that seems unlikely to me,” says Ramon Forcada, crew chief to Petronas SRT Yamaha rider Franco Morbidelli, when asked by Motorsport.com about the viability of such a system.

“The rules prohibit the use of electronics to move parts of the motorcycle, so it would have to be a mechanical system. To lift and drop the height of the bike whilst moving, you would need a small motor and a battery, and these bikes do not have batteries."

The FIM, the series rule makers – amongst other things – check the bikes before, during and after each Grand Prix to ensure that they are complying with the regulations.

“Normally, the teams let us know when they have brought something new so that we can check it, and it is the teams that come with the rules in their hand and argue the legality of the bike. In any case, we have the last word on whether something is legal or not,” an FIM technician explained to Motorsport.com.

“We have checked every bike at every single grand prix and everything was in line with the rules." 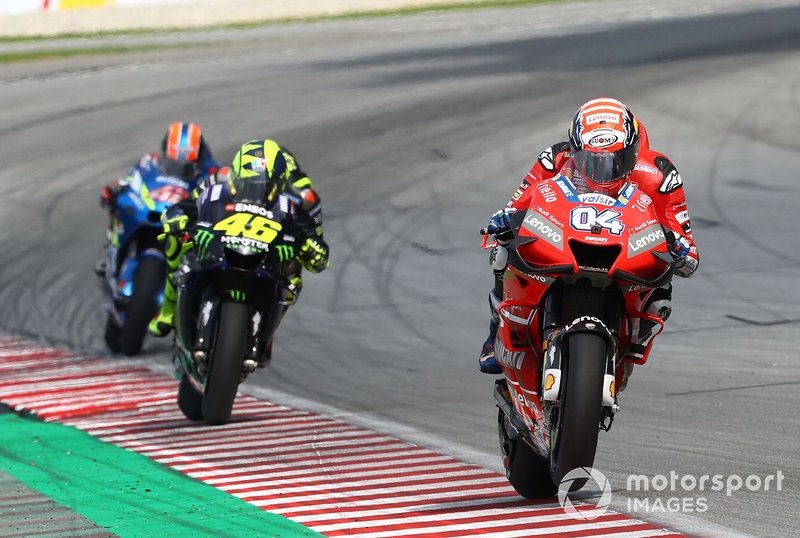 Former Ducati crew chief-turned TV pundit Juan Martinez commented: “I see it as being highly improbable. But nothing is impossible.

“Years ago, when I was at Ducati, they trialled a semi-automatic system that dropped the suspension under braking to gain stability. They tested it with Loris Capirossi, in 2003 or 2004, but it was discarded because it added too much weight to the bike.

“Taking into account that you can’t use the electronics because of the rules, the only possibility is that Ducati have perfected the current launch system and they can manually adjust the suspension with a lever on the handlebar that they can operate while the bike is moving during the race.

“To facilitate this, the lever that is currently in the middle of the bars would have to be moved to either side so that the rider could operate it with his thumb, without the need to release the grip.”

On the benefits that such a mechanism could bring, Martinez can think of one immediately.

“Tyre conservation," he said. "The benefit of dropping the suspension under acceleration is that it eases the load on the rear tyre and therefore reduces wear.”

This is an important detail given that Michelin is set to update its MotoGP tyre range in 2020, offering – according to the factory – better grip and traction. Looking after rubber over race distance will be crucial for a bike that wears it out faster than its rivals.

The Desmosedici on display at the Ducati presentation had a button on each side of the handlebars, whilst both models were devoid of a central switch.

“One of those buttons is clearly the rear brake,” explains Martinez. “The other could be a false neutral block or it could be something else. The buttons and levers on any handlebar always change depending on the rider’s preferences and the demands of the situation.”

After the successful introduction of wings, the belly pan scoop, the carbon wheel covers, the ‘salad box’ on the tail unit and the suspension launch device, the next revolution out of the Ducati factory looks like it could well be a standardised holeshot device that can be activated at will by the rider.

All will be revealed in the official Sepang pre-season test next week. 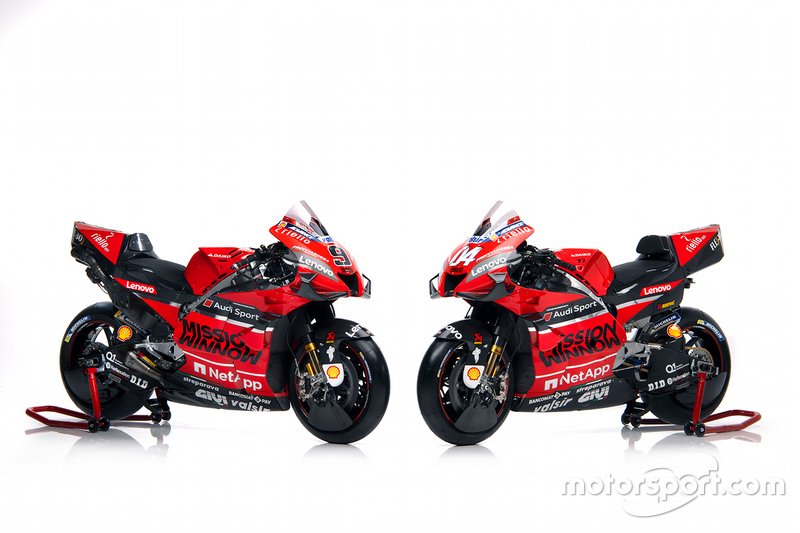