KTM Motorsport boss Pit Beirer has confirmed the marque has not radically overhauled its 2021 MotoGP engine, despite fears from rivals it could build a ‘super engine’. 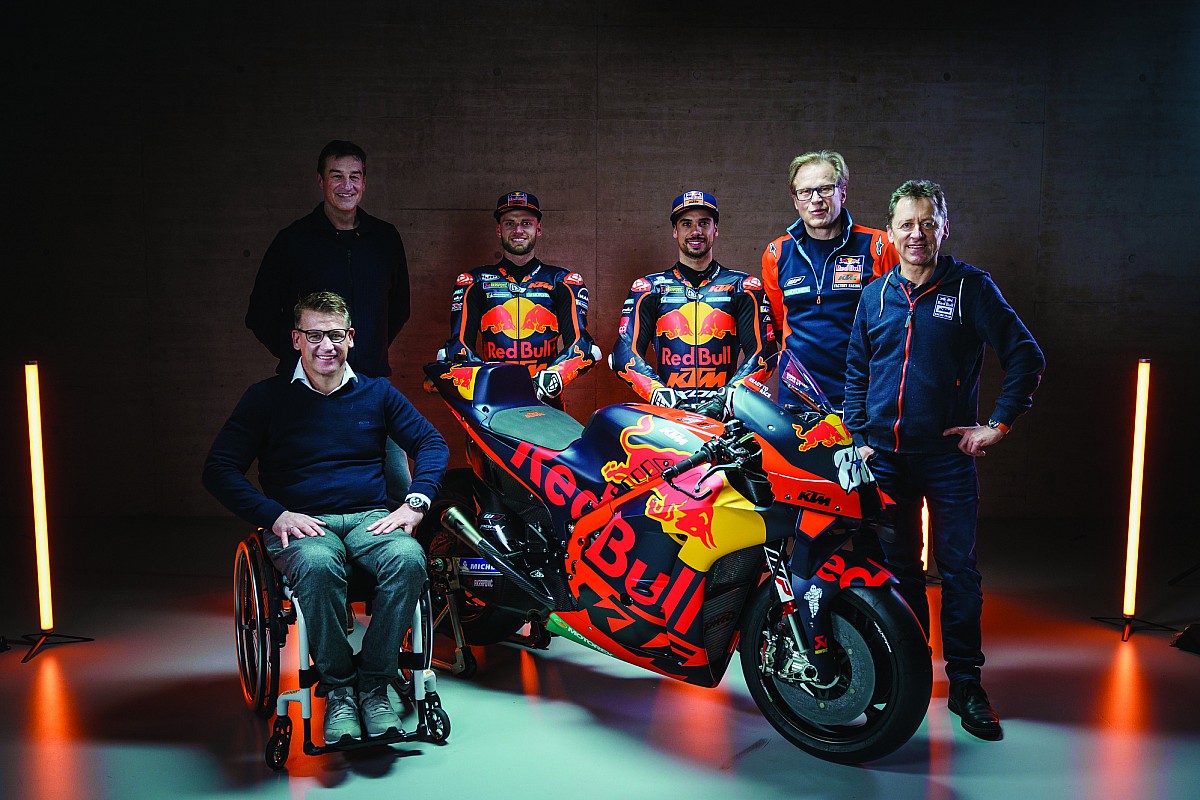 Due to the COVID-19 pandemic, MotoGP’s six manufacturers agreed on a total freeze on development of homologated parts for the 2020 season, with those restrictions on engine and aerodynamic updates remaining in place for 2021 for all non-concession runners.

KTM started 2020 as a concession manufacturer due to its lack of dry MotoGP podiums previously, but lost that status courtesy Brad Binder and Miguel Oliveira’s Czech and Styrian Grand Prix wins.

MotoGP’s manufacturers agreed to allow KTM to develop a new engine for 2021 to be homologated ahead of the opening round, though a member present at the meeting told Motorsport.com last year there were worries KTM could use this to build a “super engine”.

Speaking after KTM’s official 2021 launch event, Beirer said some development has been carried out, but the RC16 does not feature a “radical new engine”.

“It’s the same bike concept, not a radical new engine,” he said when asked by Motorsport.com if KTM had elected against a new engine concept.

“We touched some parts, but we did not bring a completely new model.

“If we use the gap in between the lines, actually we could build a completely new bike.

“But first of all, you need also to have the manpower to do so, and we committed to our colleagues that we’re going to go altogether in a useful format and not to destroy too much material and that’s what we did.

“So, we didn’t have the plan to make a complete new machine and use this moment to take an advantage.”

He added: “We committed to a COVID protocol in the worst moment of our management career, all these managers, when we had all manufacturers in a phone call and we all decided we must protect MotoGP in our companies and keep our tools for the future, not to burn crazy burn.

“To burn money would mean to not use up good material from 2020 and destroy it and build completely new material for 2021, because we planned only 10 races.

“Later it became 14 races, so we used a lot more than we thought of the 2020 material, but still all the material for six races has been shifted to the new season and we also want to use it.

“So we did some development, we worked on some parts because our engine was never planned to do the mileage for a non-concession team when we planned the 2020 season.

“So, we had to do some modifications, but not the major ones.”