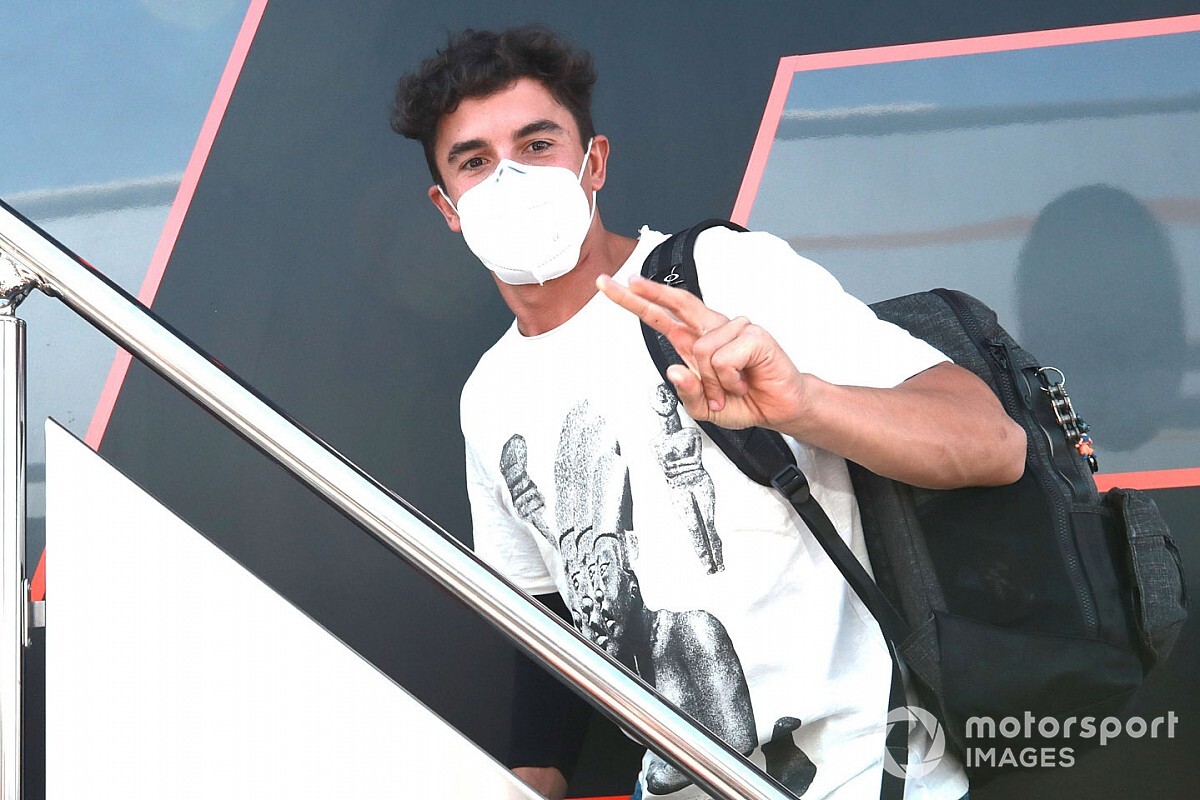 Reigning MotoGP champion Marc Marquez has been declared fit to ride in this weekend's Andalusian GP, just four days after an operation on a broken right arm in the Spanish Grand Prix,

Marquez crashed heavily on lap 22 of 25 of last Sunday's season-opener at Jerez and broke the humerus bone in his right arm.

The reigning world champion flew to hospital in Barcelona on Monday and underwent an operation - carried out by famed MotoGP surgeon Dr. Xavier Mir - on Tuesday morning, where a plate and some screws were fixed to the bone.

The operation proved a success and, crucially, no damage to the radial nerve was discovered.

Though both doctors and Honda said Marquez would be out of this weekend's second outing at Jerez and was aiming for a Czech GP return at Brno, Marquez revealed his intention to ride this weekend on Wednesday.

Returning to Jerez on Thursday, Marquez underwent a medical check on Thursday afternoon and was passed fit by MotoGP doctors to ride this weekend.

Prior to his crash last Sunday, Marquez was recovering through from 16th after saving a spectacular front end moment through Turn 4 on lap five while leading.

Marquez had scythed his way through the field and was chasing down Yamaha's Maverick Vinales for second when he was flung from his RC213V at Turn 3.

Fellow Honda rider Cal Crutchlow underwent physical checks on Thursday on the right wrist he fractured in a crash in the warm-up session on Sunday and has been passed fit.

In a statement issued on Tuesday following Marquez's surgery, Honda team boss Albeto Puig said he expected LCR's Crutchlow to be able to race this weekend.

Suzuki's Alex Rins has also been passed fit to race this weekend, after dislocating and fracturing his right shoulder in a fast crash in qualifying last Saturday.

Honda team boss Alberto Puig courted controversy earlier this weekend when he made comments suggesting that this year's world title would hold less value to the victor should Marquez be ruled out of races.