Michelin has explained what caused Fabio Quartararo’s front tyre pressure to go “out of control” during last weekend’s MotoGP Aragon Grand Prix, which left him in 18th. 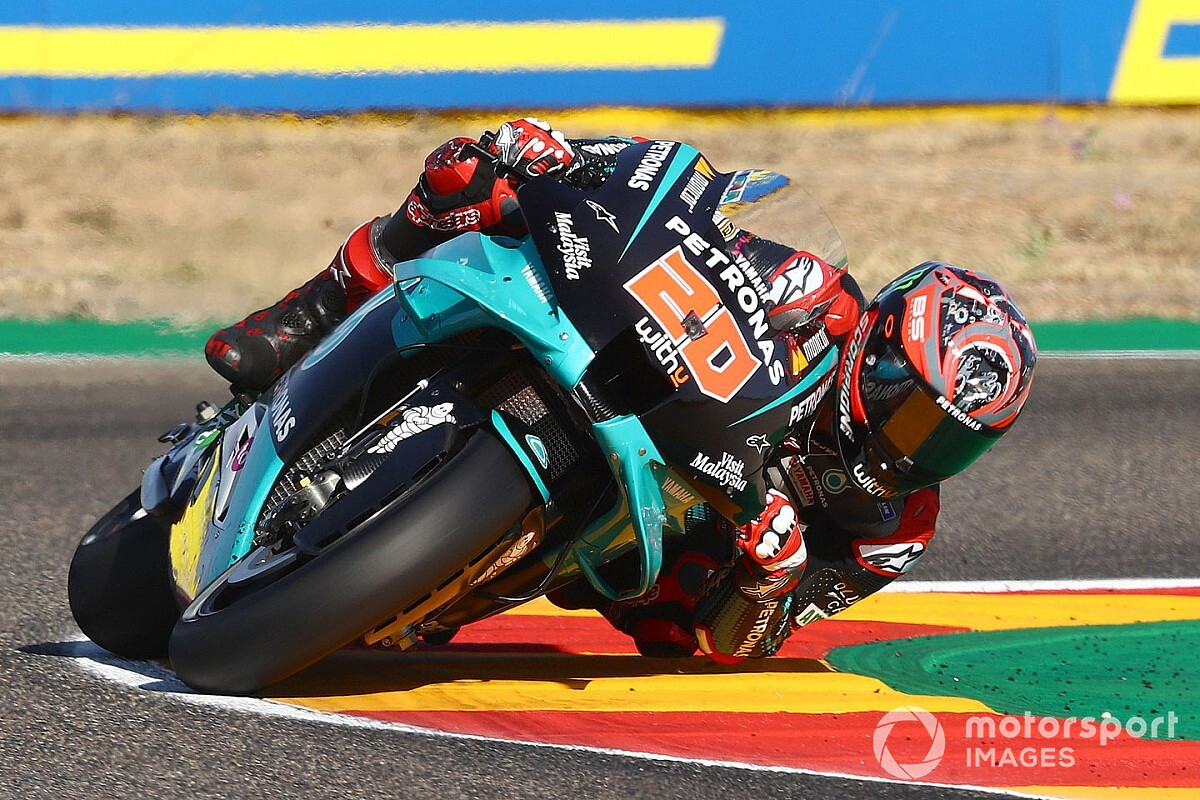 Petronas SRT's Quartararo opted for the medium front tyre for last Sunday’s Aragon race, but after three laps began to drop down the order as the pressure in the tyre increased significantly.

He ended the race 18th and lost the lead in the world championship to Joan Mir, who is now six points clear ahead of this weekend’s Teruel GP at the same circuit.

Michelin says there was no defection with the tyres and says Quartararo not trying the rubber in FP4 meant SRT had no data to calculate base pressure, which turned out to be “a bit more high than they should be.”

“We exchanged the data and the situation is clear,” Michelin’s Piero Taramasso told Motorsport.com.

“From the point of view of the tyre there is no problem, the tyre was fine.

“The choice of the medium tyre on the front was the right one, given the track conditions and also seeing the results after the race.

“So, it's not even a problem related to the compound that has been chosen.

"The problem was that they were unable to test the medium tyre during FP4, in conditions similar to those of the race, so they didn't have data to understand what pressures to use and they calculated base pressures that turned out to be a bit more high than they should.”

Taramasso explains Quartararo’s issues was exacerbated further by riding hard in the early laps in traffic.

"Starting with a little higher pressures, with aggressive riding in the first laps and staying in traffic, the pressure has risen,” he added.

“It is known that when you follow other bikes, the tyre does not cool down and therefore the pressure has risen further, changing the behaviour of the bike. At that point it was all difficult for Fabio.”

Quartararo’s 18th in last weekend’s Aragon GP proved to be his worst result since stepping up to MotoGP in 2019.

Despite having not done any running on the medium front all weekend, Quartararo defended his decision to use the compound.